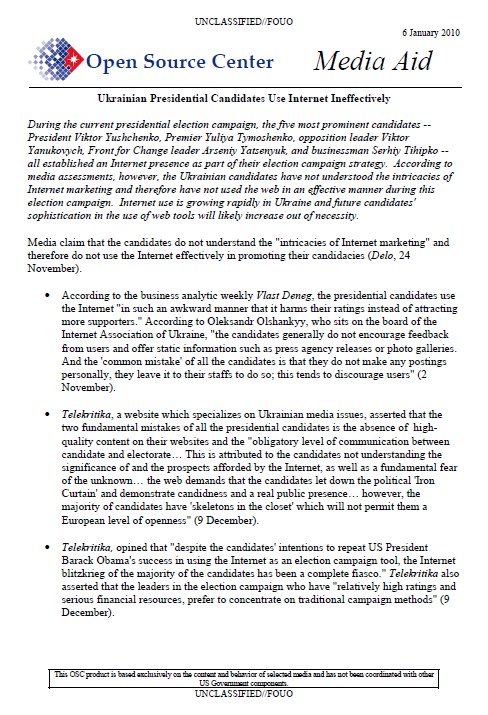 During the current presidential election campaign, the five most prominent candidates — President Viktor Yushchenko, Premier Yuliya Tymoshenko, opposition leader Viktor Yanukovych, Front for Change leader Arseniy Yatsenyuk, and businessman Serhiy Tihipko — all established an Internet presence as part of their election campaign strategy. According to media assessments, however, the Ukrainian candidates have not understood the intricacies of Internet marketing and therefore have not used the web in an effective manner during this election campaign. Internet use is growing rapidly in Ukraine and future candidates’ sophistication in the use of web tools will likely increase out of necessity.

Media claim that the candidates do not understand the “intricacies of Internet marketing” and therefore do not use the Internet effectively in promoting their candidacies (Delo, 24 November). 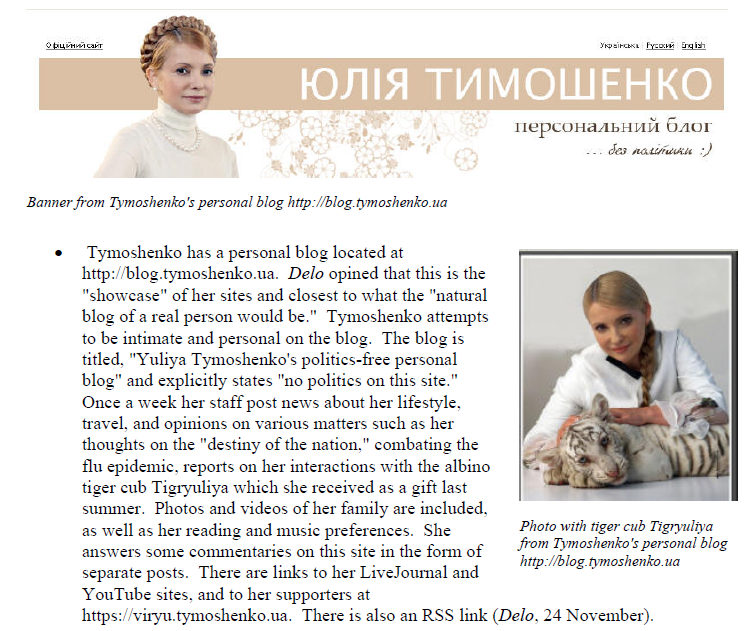