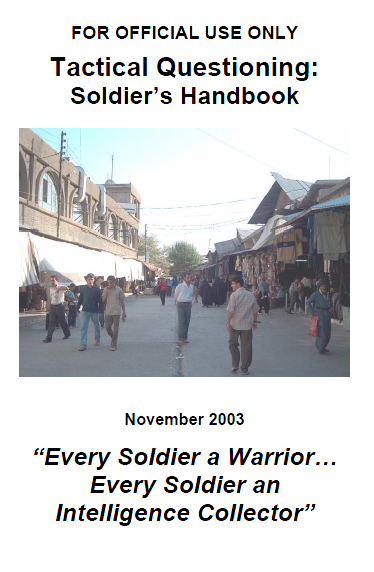 This handbook is a compilation of tools to help all soldiers collect information through tactical questioning and EPW/detainee and document handling in Offensive, Defensive, Stability, and Support operations. However, most of the handbook was developed specific to small unit patrols, traffic control points (TCPs)/ roadblocks, and other interaction with the local population in the Middle East.

Every soldier, as a part of a small unit, is a potential information collector and an essential component to help reach situational understanding. Every soldier develops a special level of situational awareness simply due to exposure to events occurring in the area of operations (AO) and has the opportunity to collect information by observation and interaction with the population. This task is critical because the environment we operate in is characterized by violence, uncertainty, complexity, and asymmetric methods by the threat. The increased situational awareness that soldiers develop through personal contact and observation is a critical element of the Brigade’s and Battalion’s ability to more fully understand the operational environment. The concept that every soldier is an information collector cannot be overstated. 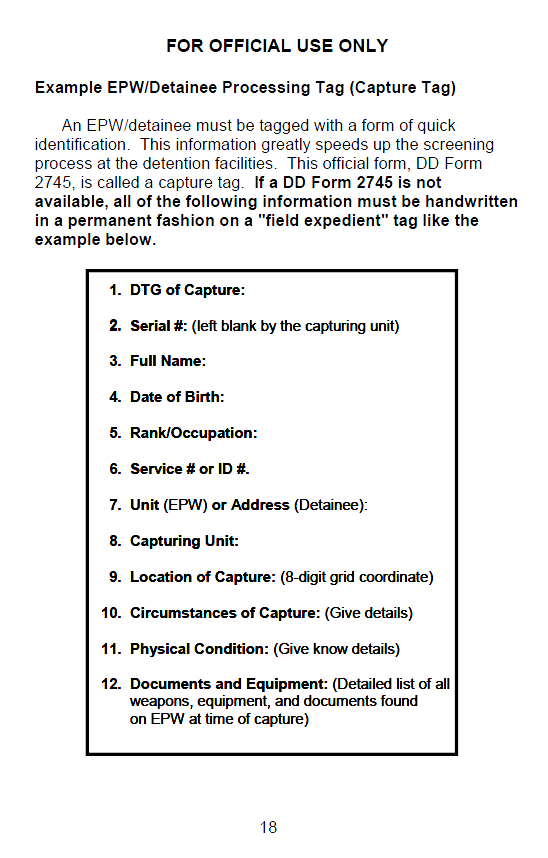