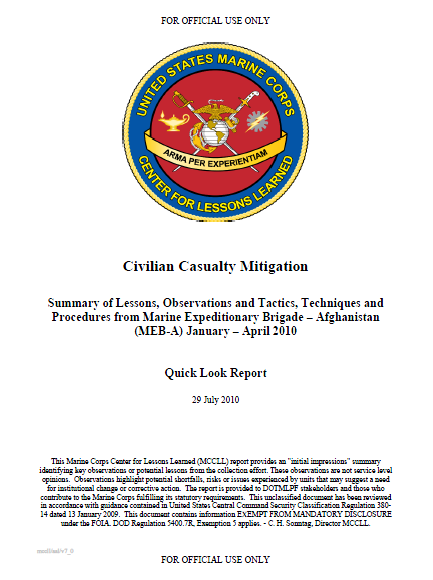 (U//FOUO) Fully understanding the imperative to balance employment of fires to defeat the enemy with the necessity to protect civilian lives, the Marine Corps has modified the training / education of ground commanders, aviators, forward air controllers (FACs), joint terminal attack controllers (JTACs), and others in the fire support approval chain. This incorporates lessons and guidance contained in the USJFCOM investigation into the Farah incident and the Commander, International Security Assistance Force (COMISAF) tactical directive issued in July 2009.

(U//FOUO) Marine Corps units and individuals preparing to deploy to Afghanistan are trained on theater specific directives and measures to prevent civilian casualties, to include rules of engagement (ROE), considerations for use of air to ground and indirect fires, and requirements for collateral damage estimation and battle damage assessment (BDA).

(U//FOUO) Observations and best practices to mitigate potential for civilian casualties identified in this summary are consistent with counterinsurgency (COIN) doctrine relating to proportionality in use of force to achieve military objectives, discrimination of targets, and determination of acceptable risk to noncombatants. Understanding the long term effects on operations and mission success, avoidance of CIVCAS must be integrated into planning and operations. “There’s got to be a CIVCAS theme that goes through every aspect of planning and operations we do.” Col Michael Killion, G-3, MEB-A

(U//FOUO) Throughout its ongoing procurement and fielding initiatives, the Marine Corps is investigating, procuring and fielding technologies that can aid in reduction of civilian casualties. These include non-lethal weapons systems currently employed in Afghanistan by I MEF (Fwd) and systems to be fielded over the next six years.

(U) Recommendations suggested by content of interviews include the following topics and associated implications for the doctrine, organization, training, material, leadership and education, personnel, and facilities (DOTMLPF) pillars. 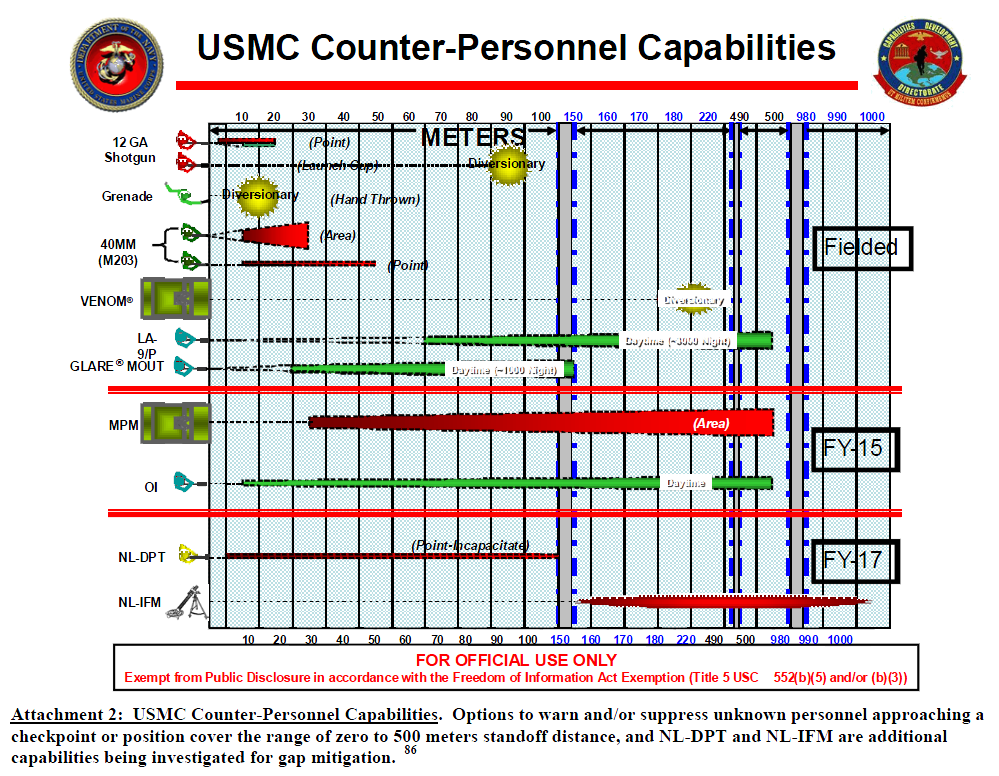