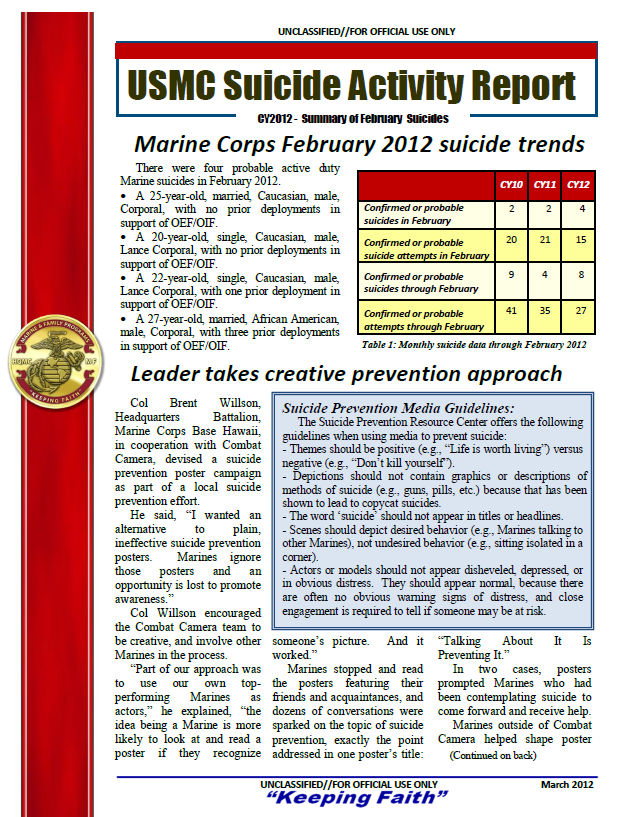 Calculating an adjusted national rate is important to accurately compare Marine Corps and national suicide rates, as in Figure 1.

The national adjusted suicide rate is calculated by taking Centers for Disease Control data, and changing the data to look more like the Marine Corps (mostly young and male). Adjusted civilian rates for CYs ’09 and ’10 will be calculated when the data is available.

– Themes should be positive (e.g., “Life is worth living”) versus negative (e.g., “Don‟t kill yourself”).
– Depictions should not contain graphics or descriptions of methods of suicide (e.g., guns, pills, etc.) because that has been shown to lead to copycat suicides.
– The word „suicide‟ should not appear in titles or headlines.
– Scenes should depict desired behavior (e.g., Marines talking to other Marines), not undesired behavior (e.g., sitting isolated in a corner).
– Actors or models should not appear disheveled, depressed, or in obvious distress. They should appear normal, because there are often no obvious warning signs of distress, and close engagement is required to tell if someone may be at risk. 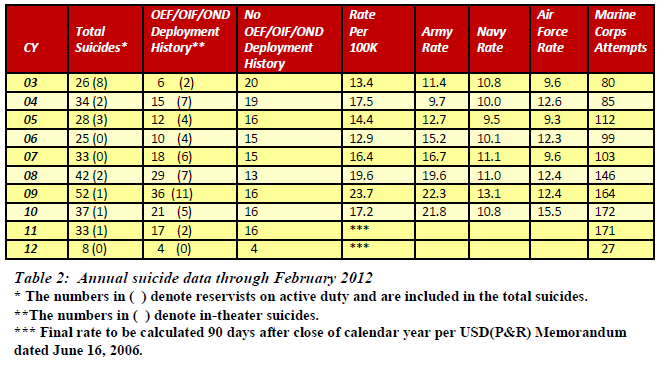