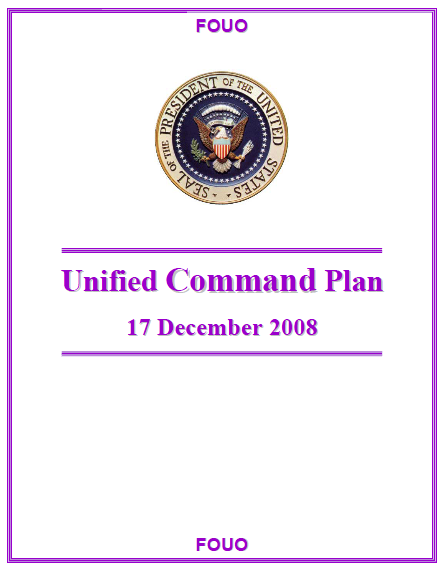 2. Several key strategic documents provide direction for the execution of missions established in the UCP. Though not all-inclusive, the list of documents in Appendix A represents the core of such strategic direction and is hereafter referred to as “strategic guidance.”

3. Communications between the President or the Secretary (or their duly deputized alternates or successors) and the combatant commanders shall be transmitted through the Chairman of the Joint Chiefs of Staff (the “Chairman”) unless otherwise directed. Throughout this document, where not specified, “otherwise directed” and “as directed” refer to direction by the President or the Secretary.

c. Responsibilities. CDRUSNORTHCOM is responsible for:

(1) Detecting, deterring, and preventing attacks against the United States, its territories, possessions and bases, and employing appropriate force to defend the nation should deterrence fail.
(2) Carrying out assigned missions and tasks, and planning for and executing military operations as directed.
(3) Assigning tasks to, and directing coordination among, subordinate commands to ensure unified action.
(4) Maintaining the security of and carrying out force protection responsibilities for the command, including assigned or attached commands, forces, and assets. The commander is also responsible for exercising force protection responsibilities for all U.S. military forces within the AOR (except DOD personnel for whom the chiefs of U.S. diplomatic missions have security responsibilities by law or interagency agreement).
(5) Certifying the readiness of assigned headquarters staffs designated to perform as a JTF or functional component headquarters staff.
(6) Providing, as directed, trained and ready joint forces to other combatant commands.
(7) Planning, conducting, and assessing security cooperation activities.
(8) Planning and, as appropriate, conducting the evacuation and protection of U.S. citizens and nationals and, in connection therewith, designated other persons, in support of their evacuation from threatened areas; and reviewing emergency action plans.
(9) Providing U.S. military representation to international and US national agencies unless otherwise directed.
(10) Providing advice and assistance to chiefs of U.S. diplomatic missions in negotiation of rights, authorizations, and facility arrangements required in support of U.S. military missions.
(11) Providing the single point of contact on military matters within the AOR, excluding the United States.
(12) When directed, providing the single point of contact on all operational military matters within the AOR.
(13) Assuming combatant command of security assistance organizations in the event of war or an emergency that prevents control through normal channels or as directed.
(14) When directed, commanding U.S. forces conducting peace or humanitarian relief operations, whether as a unilateral U.S. action or as part of a multinational organization, or supporting U.S. forces that have been placed under the authority, direction, or control of a multinational organization.
(15) Establishing and maintaining a standing joint force headquarters core element.
(16) Planning for and conducting military support to SSTR operations, humanitarian assistance, and disaster relief, as directed.
(17) Planning for, supporting, and conducting the recovery of astronauts, space vehicles, space payloads, and objects, as directed.

(3) USELEMNORAD Commander. As the senior U.S. officer assigned to NORAD, CDRUSNORTHCOM is designated as CDRUSELEMNORAD. U.S. forces made available for NORAD are assigned or attached to USELEMNORAD in accordance with section 162 of title 10 and may be utilized by CDRUSNORTHCOM for US unilateral, non-NORAD operations.

(4) Pandemic Influenza. CDRUSNORTHCOM is responsible for synchronizing planning for DOD efforts in support of the U.S. government response to pandemic influenza, and will do so in coordination with other combatant commands, the Services, and, as directed, appropriate US government agencies.* CDRUSNORTHCOM’s specific responsibilities include:

(a) Providing military representation to U.S. national agencies, U.S. commercial entities, and international agencies for matters related to pandemic influenza, as directed.
(b) Advocating for capabilities to respond to pandemic influenza.
(c) Integrating theater security cooperation activities, deployments, and capabilities that support the U.S. government response to pandemic influenza in coordination with the geographic combatant commanders, and
making priority recommendations to the Secretary.
(5) Homeland Defense. CDRUSNORTHCOM is responsible for planning, organizing, and as directed, executing Homeland Defense operations within the USNORTHCOM AOR in concert with missions performed by the North American Aerospace Defense Commander.

(6) Chemical Biological Radiological Nuclear and High-yield Explosives Consequence Management (CBRNE-CM). CDRUSNORTHCOM is responsible for providing CBRNE-CM assistance and support to U.S. and Allied partner authorities, as directed, within U.S. territories and protectorates and the USNORTHCOM AOR. 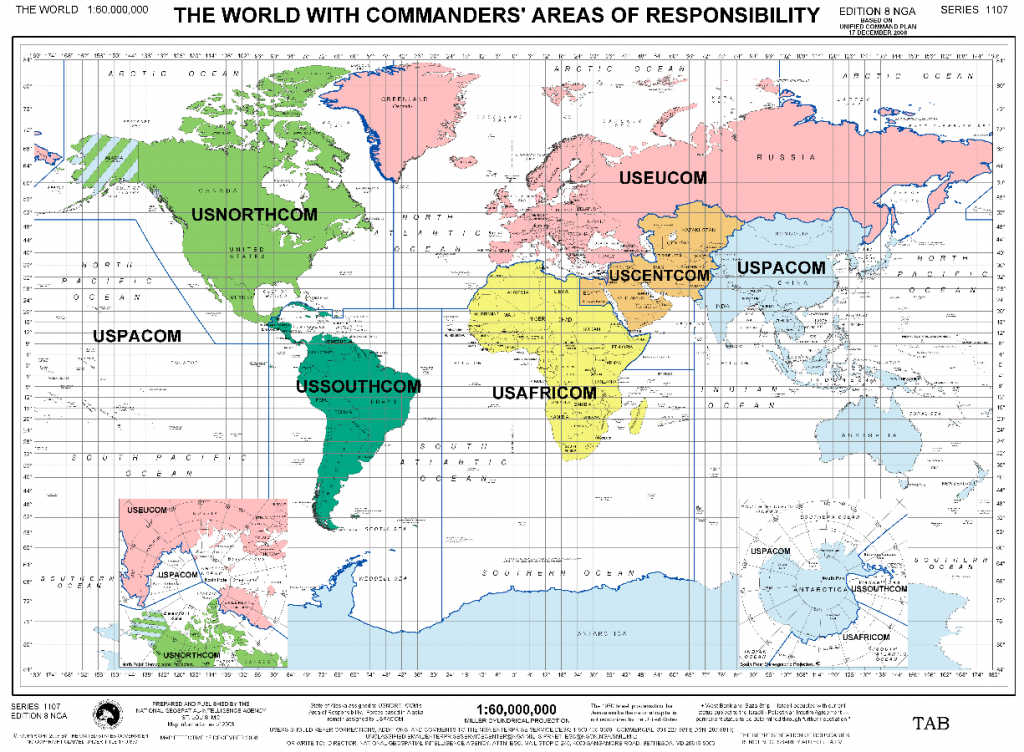