Note that the following document essentially contains nothing more than reports from open news sources. 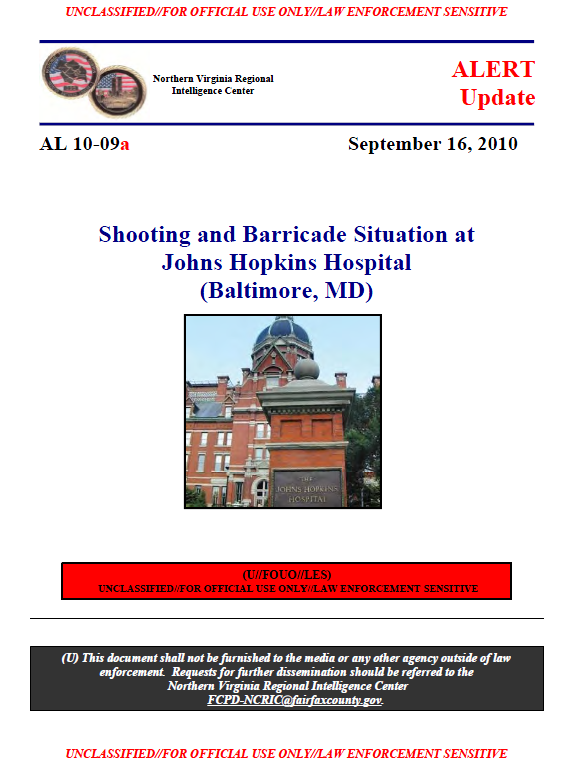 Open Source Results
CNN and the Washington Post are reporting that the shooting and barricade location is the Nelson
Building of the Johns Hopkins Hospital in Baltimore. Baltimore City Police Department and Johns
Hopkins Hospital is reporting that the doctor that was shot is no longer in critical condition is his
injury is not life threatening. Baltimore Police Department spokesman says that floor remains locked
down. Police say the gunman has been shot by law enforcement officers and has died.

Conclusion
Baltimore Police Department reports that the law enforcement officer shot and killed the gunman.
The suspect has not been identified. The motives for the suspect’s actions are unknown. There is no
reported nexus to terrorism. The FBI is on the scene on stand-by.