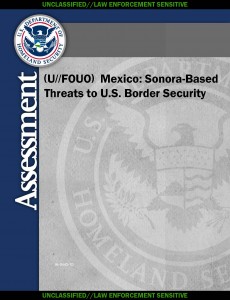 (U//FOUO) This Homeland Security Assessment examines threats to U.S. border security emanating from the Mexican state of Sonora, which borders Arizona and a small section of New Mexico. It discusses drug and alien smuggling, border violence, and Mexican federal, state, and local government capabilities to confront organized crime. This is the fifth of six planned assessments on current threats to homeland security arising in Mexican states along the U.S. border. It is intended primarily for working-level analysts and operators engaging in homeland security-related activities and concerned with pertinent developments in Sonora and nearby U.S. territory.

(U//FOUO) This is one in a series of intelligence assessments published by the DHS/Office of Intelligence and Analysis, Border Security Division to facilitate a greater understanding of current threats to the United States. This information is provided in support of activities of the Department and to assist Federal, State, and Local government agencies and authorities in developing priorities for support measures relating to an existing or emerging threat to homeland security.

(U//FOUO) Drug trafficking and associated violence represent the greatest threat to U.S. border security emanating from Sonora. Marijuana is the drug predominately trafficked, with Tucson and Yuma Sectors accounting for almost half of all marijuana seizures along the U.S. southwest border between 2004 and 2009. Traffickers also move large amounts of cocaine and methamphetamine into Arizona; judging by seizure data the quantities of heroin smuggled in this area are small.

— (U//FOUO) Traffickers move illicit drugs through ports of entry (POEs) concealed in vehicles, and also use tunnels, off-road vehicles between POEs, backpackers, and aircraft, including ultralights.

(U//FOUO) A growing conflict between the Sinaloa and Gulf cartels spawned an uptick in violence in Sonora beginning in 2007, and Arturo Beltran Leyva’s break with Sinaloa kingpin Joaquin Guzman Loera the following year has taken the conflict to new levels.

— (U//FOUO) Drug-related murders in Sonora numbered 61 in 2006 but rose to more than 360 in 2009. Some 326 more took place in the first half of 2010, according to figures compiled by a leading Mexico City daily. Nogales has experienced an increase in violence with just over 100 drug-related murders in 2008 and more than 120 in 2009. Moreover, the U.S. press reports more than 100 deaths during the first quarter of 2010, presaging a record year for drug violence in Nogales.
— (U//FOUO) Despite the rising tide of murders in Sonora, analysis of FBI Uniform Crime Reporting Program (UCR) data indicates that no widespread violence has spilled into Arizona; indeed, overall violent crime is down in Arizona. Homicide statistics from 2006 through 2009 show that homicides trended downward in Glendale, Mesa, Phoenix, and Tucson; remained flat in Nogales; and increased slightly in Peoria and Yuma. While some of these deaths may be drug-related, available information does not attribute any of these murders to Mexican drug-trafficking organizations.

(U//FOUO) Even though apprehensions of aliens on the U.S. southwest border have declined markedly over the past several years, alien smuggling still represents a serious threat from Sonora, where various towns and cities serve as staging platforms. 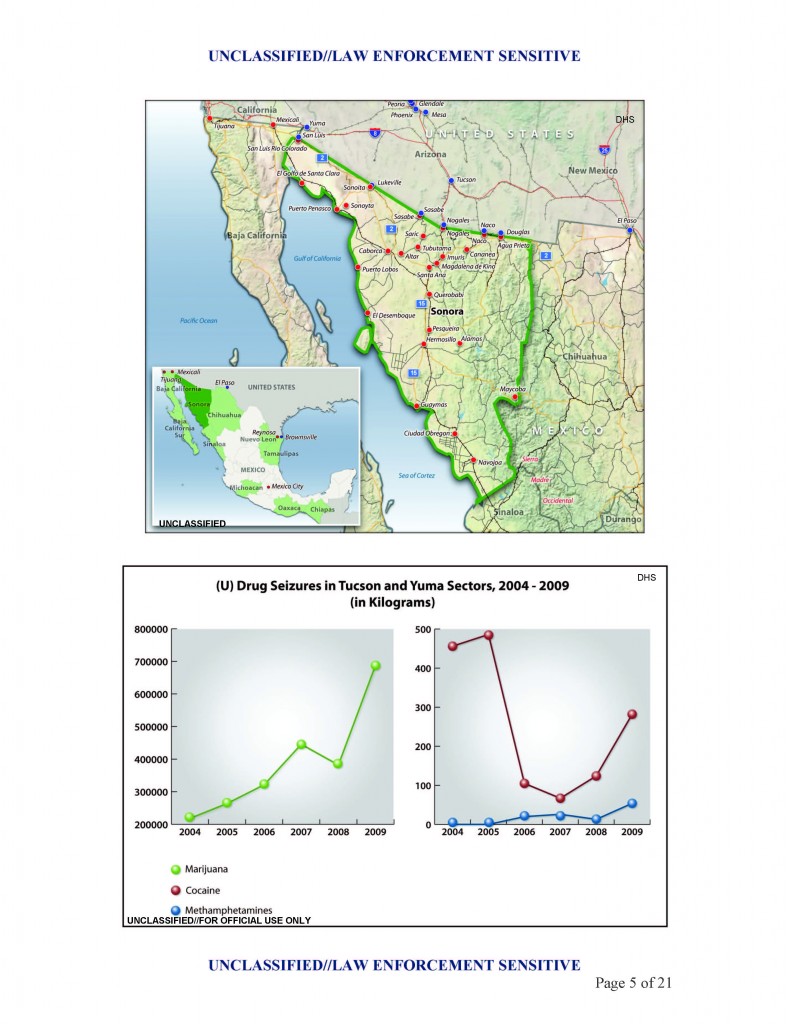