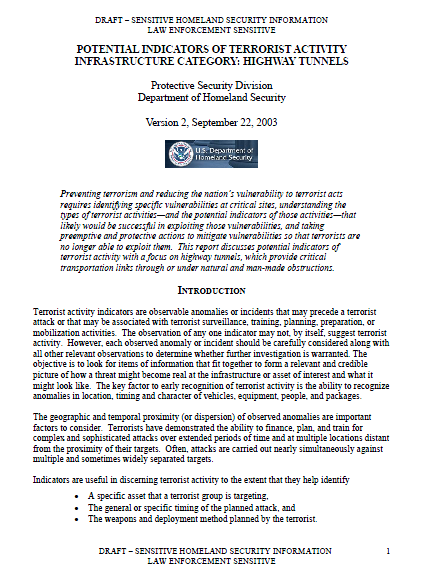 To consider terrorist threat indicators in relationship to highway tunnels, it is useful to understand the demographics of highway tunnels in the United States, how tunnels are constructed, and why the tunnels might be attractive targets for terrorist attack. Highway tunnels provide critical transportation links under or through natural or man-made obstacles. Terrorists or terrorist groups may target tunnels to either (1) sabotage the tunnel and/or (2) delay or divert traffic for other purposes, as depicted in Figure 1. Sabotage could be for the purpose of causing bodily harm or death to vehicle occupants in the tunnel. Sabotage might also be for the purpose
of causing long-term economic harm. The delay or diversion of traffic that normally uses a tunnel might also be an objective. Tunnels are usually critical transportation links, and diverting traffic from using a tunnel could impact the ability of emergency teams to respond to other (possibly, terrorist) incidents.

Highway tunnels are enclosed passageways for road vehicles to travel through or under an
obstruction, such as a city, mountain, river, or harbor. Tunnels may have one or more “tubes,”
and some are also equipped with rail lines for trains. Highway tunnels are generally classified with
regard to their method of construction: bored, cut and cover, or submerged. Tunnels through hard
rock formations are usually bored (i.e., drilled) and finished to facilitate vehicular traffic. Very
large boring machines are often used to cut the tunnel tubes through the hard rock formation.

Subway and shallow highway tunnels, especially in softer formations, may be constructed by
using the cut and cover method. With this method, a large ditch is excavated, reinforced,
finished, and then covered with overburden.

Tunnels that cross bodies of water may be bored through the bedrock beneath the water, or they
may be constructed by submerging large prefabricated tube segments under the water and sealing
them together before removing the water and finishing the roadbed. Whatever the construction
method, tunnels are composed of a few major subsystems, including the tube, roadbed, lighting,
intake and exhaust ventilation, monitors and sensors, and emergency exits. 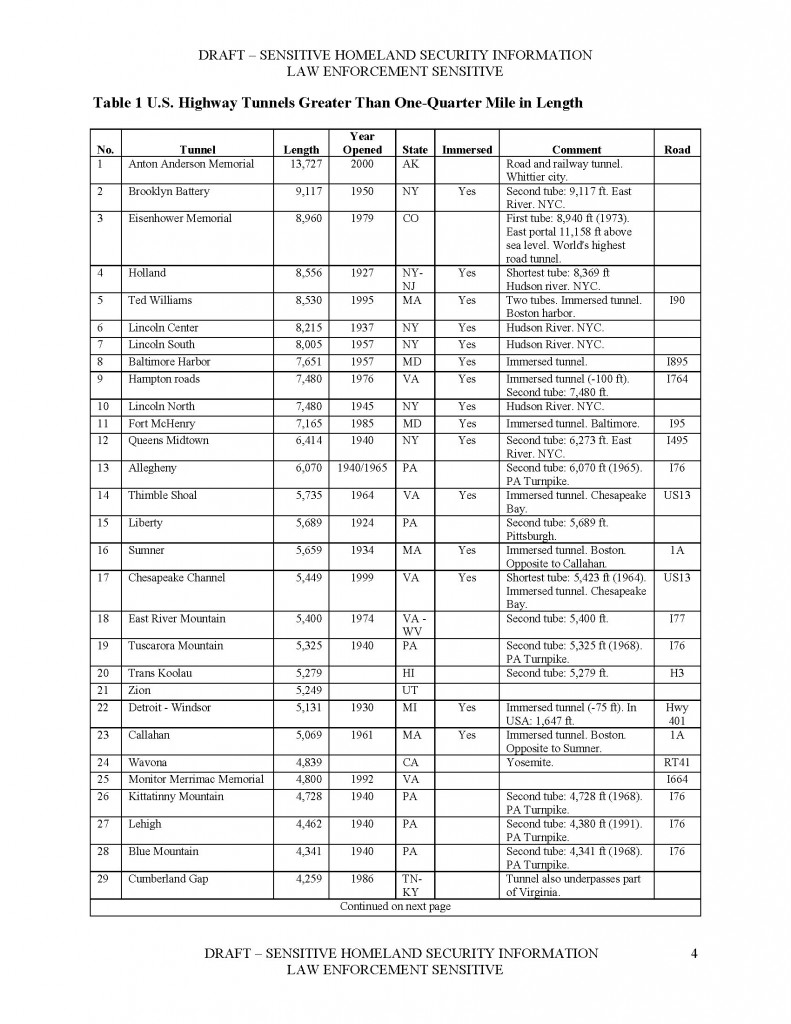 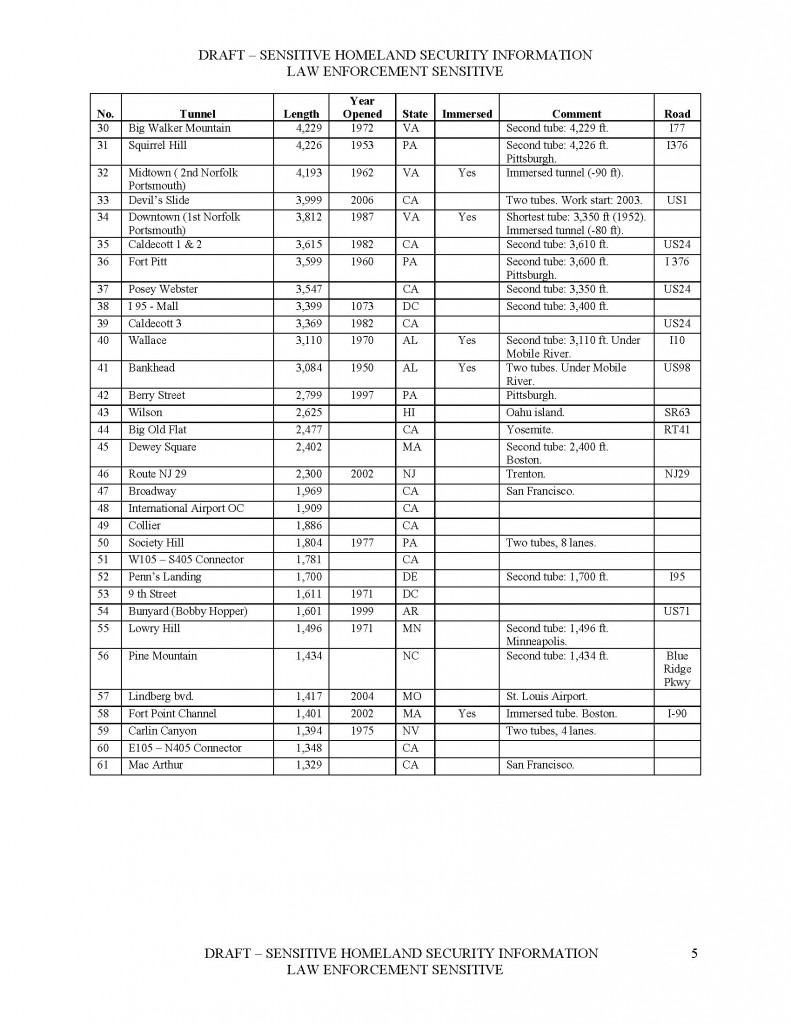