Specific threats that are of concern to hotels include:

Terrorists are most likely to choose vehicle bombs if their goal is to cause maximum casualties.
This method has been used to attack hotels in the United States (U.S.) and around the world.
Hotels that are likely to be most vulnerable are those located in downtown areas of large cities,
those hosting a controversial group or special event, those where U.S. or foreign dignitaries are
guests, and those with a worldwide reputation and connections to a culture that is seen by some
groups as corrupt (e.g., casino hotels).

An incident that illustrates hotel vulnerability occurred on January 16, 2004, when about
300 patrons were evacuated from a Melbourne, Australia, hotel after a noxious substance,
possibly mace or pepper spray, was put in the heating, ventilating, and air-conditioning (HVAC) system.
Only a few of the hotel patrons required hospital treatment. Four suspicious individuals
were spotted on the hotel roof just prior to the incident. 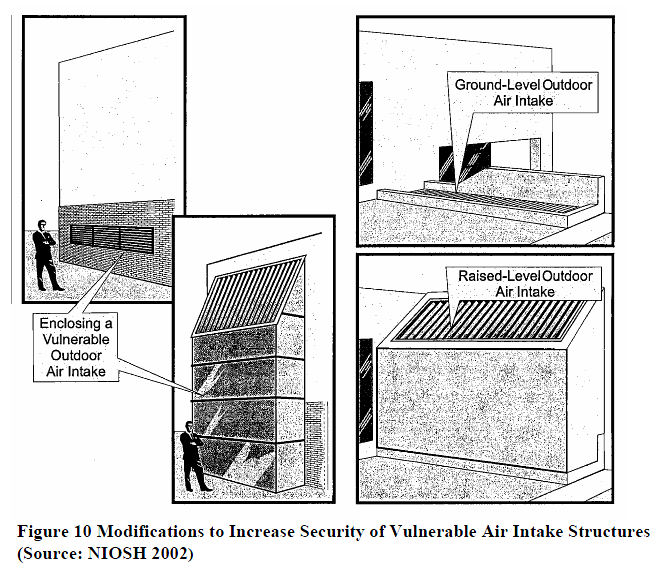