Spent fuel, after it is removed from the reactor core, is safely stored in specially designed pools at individual reactor sites around the country. The spent fuel is first placed into a spent fuel pool (Figure 1), which is like a deep swimming pool with racks to hold the fuel assemblies. It allows the fuel to begin cooling. The spent fuel is moved into the water pools from the reactor along the bottom of water canals, so that the spent fuel is always shielded to protect workers. Fuel assemblies are covered by a minimum of 25 feet of water within the pool, which provides adequate shielding from the radiation for anyone near the pool.

Spent fuel pools are very robust structures that are constructed to withstand earthquakes and other natural phenomena and accidents. They are typically rectangular structures 20 to 40 feet wide, 30 to 60 feet long, and at least 40 feet deep. The outside walls are typically constructed of more than 3 feet of reinforced concrete. Spent fuel pools at pressurized water reactors (PWRs) are commonly located within an auxiliary building near the containment. Many of the PWR pools are located in the building’s interior. At boiling water reactors (BWRs), spent fuel pools are typically located at an elevated position within the reactor building, outside the primary containment area.

Some pools at the nation’s nuclear plants contain up to 33 years of fuel assemblies, and many are running out of space. Current regulations permit re-racking of the spent fuel pool grid and fuel rod consolidation, subject to U.S. Nuclear Regulatory Commission (NRC) review and approval, to increase the amount of spent fuel that can be stored in the pool. Both re-racking and consolidation are constrained by the size of the pool and the heat removal capacity of the cooling systems. In the United States (U.S.), there are currently five different options for storing spent fuel. Spent fuel can be stored in a pool (wet storage) at either an operating or a decommissioning reactor. Spent fuel can also be stored in dry storage at an operating reactor, decommissioned reactor, or independent spent fuel storage installation (ISFSI) which need not be located at the nuclear power plant site. Regulations 10 CFR 73.51and 10 CFR 73.55, as applicable, describe the physical protection requirements for spent nuclear fuel stored in these various configurations. The U.S. Department of Energy’s permanent storage site in Nevada at Yucca Mountain, projected to open in 2010, is slated to be the single, long-term disposal facility for all spent fuel. Until that happens, additional storage needs can be met by dry cask storage at ISFSIs. There are currently 26 ISFSIs in the U.S. (Figure 2).

In the late 1970s and early 1980s, the need for alternative storage began to grow when pools at many nuclear reactors began to fill up with stored spent fuel. Utilities began looking at options such as dry cask storage for increasing spent fuel storage capacity.

Dry cask storage allows spent fuel that has already been cooled in the spent fuel pool for at least one year to be loaded into special casks. The spent fuel is loaded into a cask under water to provide adequate shielding from radiation (Figure 3). A typical cask is designed to hold approximately 2 to 6 dozen spent fuel assemblies, depending on the type of assembly. Water and air are removed. The cask is filled with inert gas, sealed, and rigorously tested for leaks.

The casks are typically steel cylinders that are either welded or bolted closed and provide a leaktight containment for the spent fuel. Each cylinder is surrounded by additional steel, concrete, or another material to provide radiation shielding to workers and the public. Some of the cask designs, called “dual purpose” casks, have inner canisters that contain the spent fuel and can be inserted in either a storage overpack or a transportation overpack.

There are various dry storage cask system designs. With some designs, the steel cylinders containing the fuel are placed vertically in a concrete or steel overpack (Figure 4); other designs orient the cylinders horizontally (Figure 5). The concrete or steel overpacks provide the radiation shielding. The cask designs are stored on a concrete pad at a dry cask storage site and use both metal and concrete outer cylinders for radiation shielding. An example of such a cask is a vertical stainless steel container (typically 2 inches thick with a 4-inch-thick cover), surrounded by steelreinforced concrete (26 inches thick) within a steel shell. The structure is 18 feet tall and weighs 270,000 pounds. 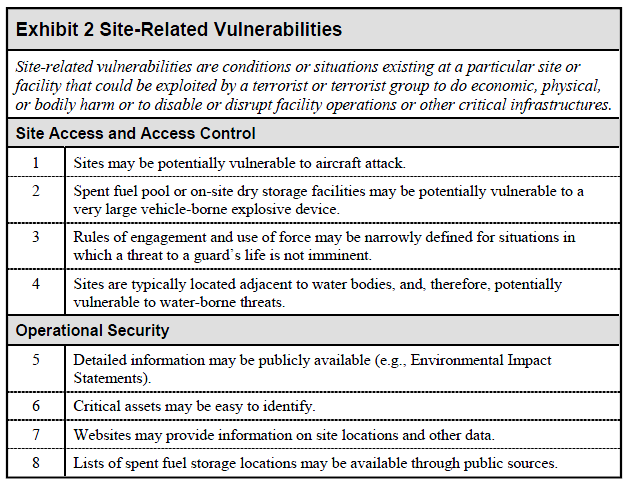 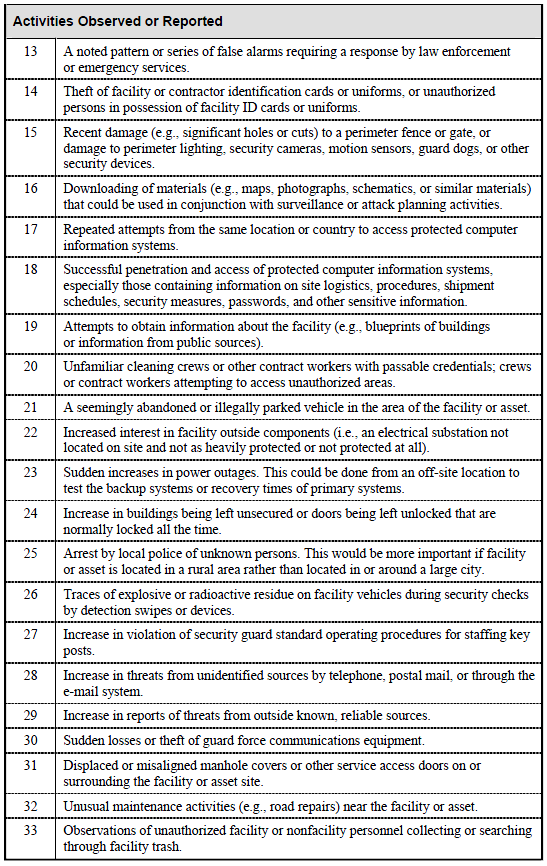