Railroad yards can be located in any type of environment having a flat area sufficiently extensive and elongated to permit emplacement of intermodal loading tracks, sorting “humps,” classification “bowls,” or any combination thereof. Thus, yard properties may be sited in open plains or adjacent to hills or other high ground (Figure 3). In the latter case, there may be vulnerabilities to adversaries using longer range, stand-off weapons.

Trains are put together in the classification yard, which is comprised of multiple parallel tracks branching out from a central track and connected by switches. Each of the parallel tracks is designated to receive cars with particular destinations along the route. A special locomotive, or switch engine, transports each car or group of cars to its assigned track. Depending on the sensitivity of the shipment and the type of classification yard, cars may be either “shoved to rest” or “humped.” If shoved to rest, the car remains attached to the engine until it couples with the adjacent car. If humped, the car is uncoupled at the top of a very gentle incline and allowed to travel freely downhill.

Sorting humps are a central feature of large railroad yards that perform high-volume operations servicing many inbound and outbound trains daily. The hump exploits gravity to separate the components of an inbound train, one car at a time, into blocks that will be made into outbound trains with specific destinations. Each car is pushed by a locomotive to the top of the hump (Figure 4). After the proper switches are thrown, the car is allowed to roll down to its assigned track in a multi-track classification area (often called a “bowl” because it has up-slopes at both ends to prevent runaways). In this area, thanks to wheel retarders on the hump down-slope, the car couples gently with the other cars in its outbound block. The optimal speed for coupling is 4 miles per hour. This speed can be achieved by either shoving or humping, although shoving to rest is more accurate. When all of the railcars have been classified, the switch engine retrieves and connects them in the order given by the switch list.

A number of different consequences could result from an attack on a rail yard, including:

1. Significant contamination or destruction of commodities in freight cars and containers in an attacked railroad yard could impose great costs in both property loss and shipment delays to North American businesses. Detonation of a weapon in a sabotaged car or firing of an airborne weapon from elevated wooded terrain adjacent to the railroad yard could accomplish such destruction. Although loose car rail freight primarily consists of low- to medium-value commodities (in relation to mass) with average and lower delivery time sensitivity, high-value goods often move in containers on flatcars, and refrigerated perishable foods are regularly carried in trains. Thus, significant property loss and consumables contamination are both possible.

2. Rail carriers affected by such an attack could experience medium- to long-term service disruptions and lost revenue. A biochemical attack of significant magnitude could render an entire yard unusable prior to decontamination. Because of the operational consolidation cited above, such a delay could severely restrict carrier revenue streams and freight movements between origins and destinations due to reduced total sorting capacity, even if the carrier attacked can make arrangements with other yards in the region to handle its traffic.

3. Because certain rail yard properties might not return to normal service for a protracted period, important negative effects could be imposed on American commodity flow, which increasingly depends on “just-in-time” shipment arrivals. In some cases, arrival delays of less than a day would cause assembly line shutdowns and idling of valuable labor and capital capacity of manufacturing. Large produce terminals could be similarly affected by such shutdowns.

4. Military shipments passing through rail yards could be destroyed or put out of service. Because railroad transport of such equipment is generally very time-sensitive, occurring during periods of mobilization, such disruption could impair the U.S. military’s ability to deploy adequate material to the targeted theater (CONUS or non-CONUS), and thus, both compromise the operation and jeopardize military personnel. 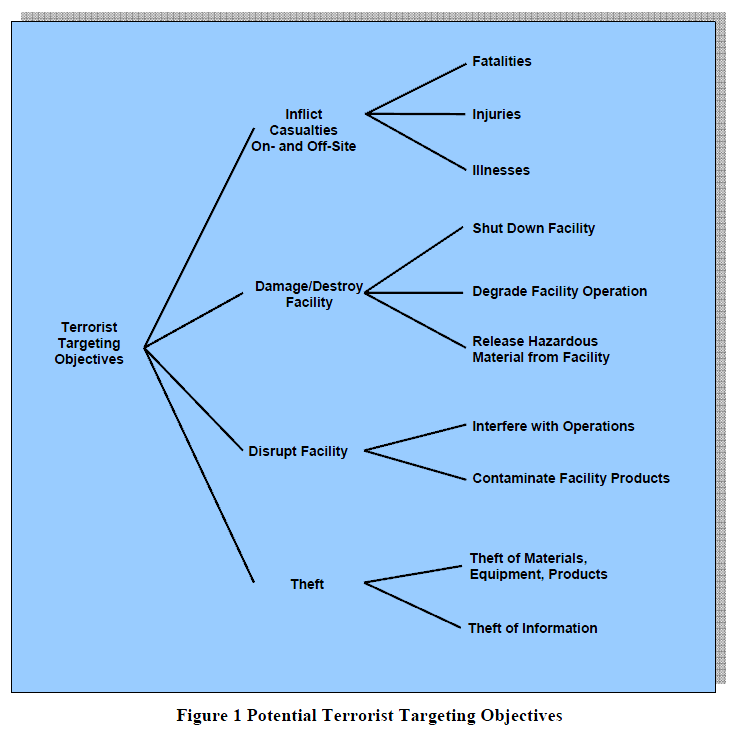