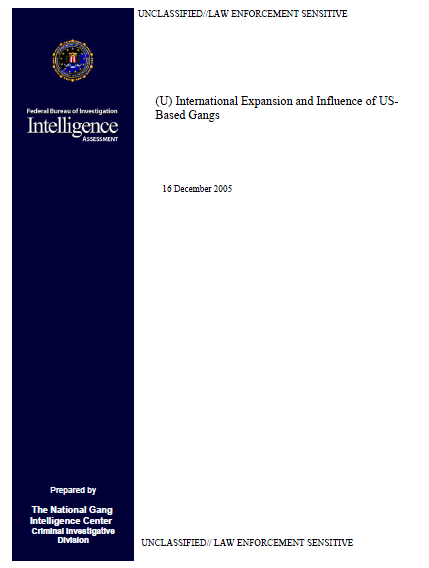 The purpose of this assessment is to explore the expansion and influence of US-based gangs abroad and their illicit operations and associations with foreign criminal organizations. For the purpose of this assessment, the term “gang” encompasses both street gangs and outlaw motorcycle gangs. In addition to FBI and open source reporting, the following law enforcement agencies from the United States, Canada, Central America, the Netherlands, and United Kingdom were surveyed to obtain data for the assessment.