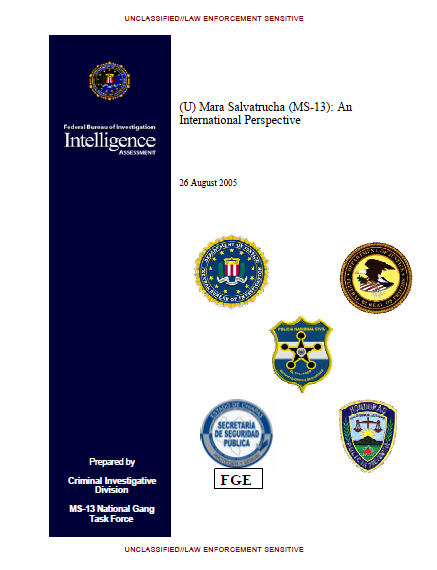 (U) The purpose of this assessment is to provide an overview of the international activities of the MS-13 criminal organization. The report is the result of the analysis of arrest records, law enforcement reports, deportation records, interviews, and observations conducted by members of the MS-13 National Gang Task Force (NGTF) regarding documented MS-13 members in the United States; Chiapas, Mexico; El Salvador; and Honduras. Violent MS-13 members have crossed international boundaries and key members have documented links between the United States and the countries addressed in this assessment (see Appendix A).