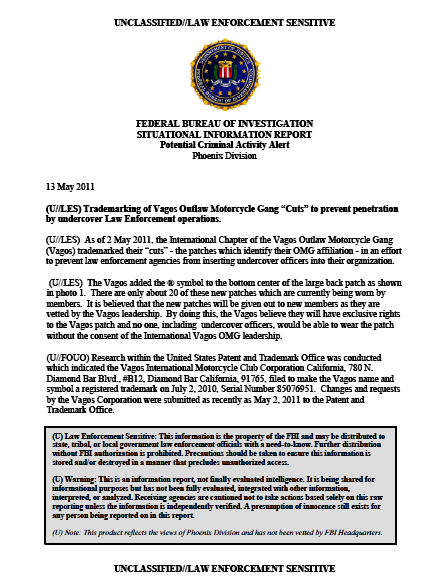 (U//LES) As of 2 May 2011, the International Chapter of the Vagos Outlaw Motorcycle Gang (Vagos) trademarked their “cuts” – the patches which identify their OMG affiliation – in an effort to prevent law enforcement agencies from inserting undercover officers into their organization.

(U//LES) The Vagos added the ® symbol to the bottom center of the large back patch as shown in photo 1. There are only about 20 of these new patches which are currently being worn by members. It is believed that the new patches will be given out to new members as they are vetted by the Vagos leadership. By doing this, the Vagos believe they will have exclusive rights to the Vagos patch and no one, including undercover officers, would be able to wear the patch without the consent of the International Vagos OMG leadership.

(U//FOUO) Research within the United States Patent and Trademark Office was conducted which indicated the Vagos International Motorcycle Club Corporation California, 780 N. Diamond Bar Blvd., #B12, Diamond Bar California, 91765, filed to make the Vagos name and symbol a registered trademark on July 2, 2010, Serial Number 85076951. Changes and requests by the Vagos Corporation were submitted as recently as May 2, 2011 to the Patent and Trademark Office. 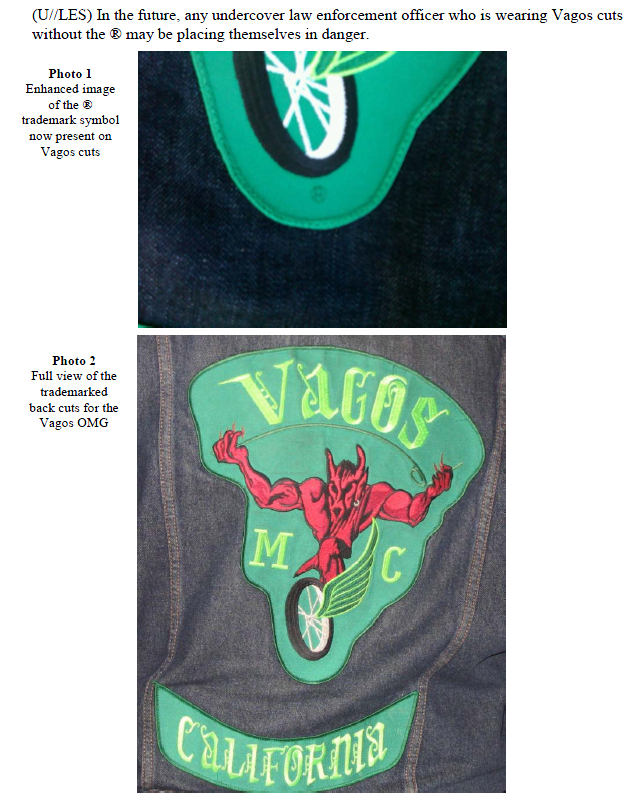