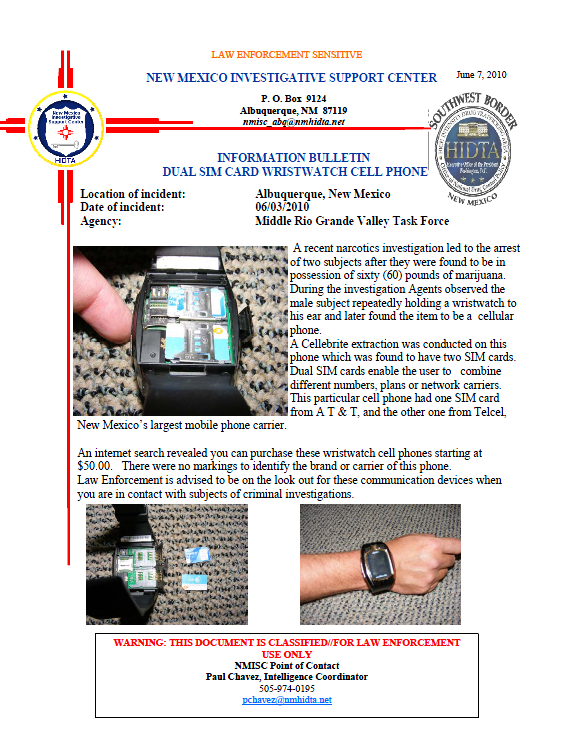 A recent narcotics investigation led to the arrest of two subjects after they were found to be in possession of sixty (60) pounds of marijuana. During the investigation Agents observed the male subject repeatedly holding a wristwatch to his ear and later found the item to be a cellular phone.

A Cellebrite extraction was conducted on this phone which was found to have two SIM cards. Dual SIM cards enable the user to combine different numbers, plans or network carriers. This particular cell phone had one SIM card from A T & T, and the other one from Telcel, New Mexico’s largest mobile phone carrier. An internet search revealed you can purchase these wristwatch cell phones starting at $50.00. There were no markings to identify the brand or carrier of this phone. Law Enforcement is advised to be on the look out for these communication devices when you are in contact with subjects of criminal investigations.