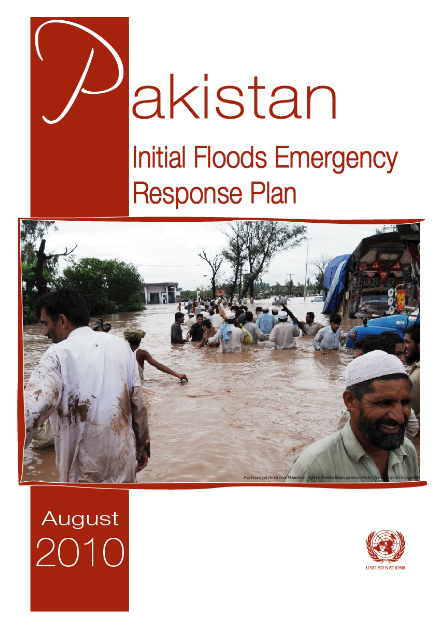 Over the course of July and early August 2010, Pakistan experienced the worst monsoon-related floods in living memory. Heavy rainfall, flash floods and riverine floods have devastated large parts of Pakistan since the arrival of seasonal monsoon rains on 22 July. Assessments of losses and damages are ongoing, but estimates place the number of affected people at more than 14 million. Over 1,200 people have died, and at least 288,000 homes have been damaged or destroyed.

In Khyber Pakhtunkhwa (KPK) Province, intense rains during the last week of July and in early August were compounded by the swelling of major rivers due to rainwater surging down from the highland areas. The Pakistan Meteorological Department reports that within one week in late July, KPK received 9,000 millimetres of rainfall – ten times as much as the province normally receives in the course of an entire year. Baluchistan, Pakistan-Administered Kashmir and Gilgit Baltistan, also experienced extreme weather, resulting in widespread losses and damages.

As the flood waters began to slowly recede in the northern provinces, rivers continued to swell to unprecedented levels and travel southwards by way of the Indus River. By early August, flood waters breached the river bank in at least eight districts of Punjab, devastating homes, and crops and livestock. At least eight million people in Punjab have been affected by the disaster.

The flood wave continues to make its way through the southern province of Sindh, where millions more are expected to suffer from the combined impact of torrential rains and unprecedented water levels in the rivers.

The Government, especially deploying the Armed Forces’ logistical capacity, has led the response to the disaster with the deployment of preparedness, rescue and relief actions. Hundreds of thousands have been rescued or preventively evacuated from riverine areas. In light of the devastation caused by the floods and the ongoing threat to lives and livelihoods, the Government (through its National Disaster Management Authority) requested the United Nations agencies and the humanitarian community to prepare an initial floods emergency response plan.

While the Government of Pakistan (National Disaster Management Authority and the Provincial Disaster Management Authorities) will lead the relief and recovery activities in flood-affected areas, the humanitarian community has been asked to support the response by covering gaps where the needs exceed the government’s response capacity. This means that the humanitarian community will be assisting only a portion of the overall caseload of affected people, focusing on the most severely affected.

The Humanitarian Country Team (HCT) expects that critical needs of the severely affected families will include food, clean drinking water and purification materials, emergency health services, tents and shelter kits, cooking sets, mosquito nets, and other non-food items (NFI). Over the medium to long term, the food security situation in the country is likely to be affected by the significant loss of crops and agricultural land. 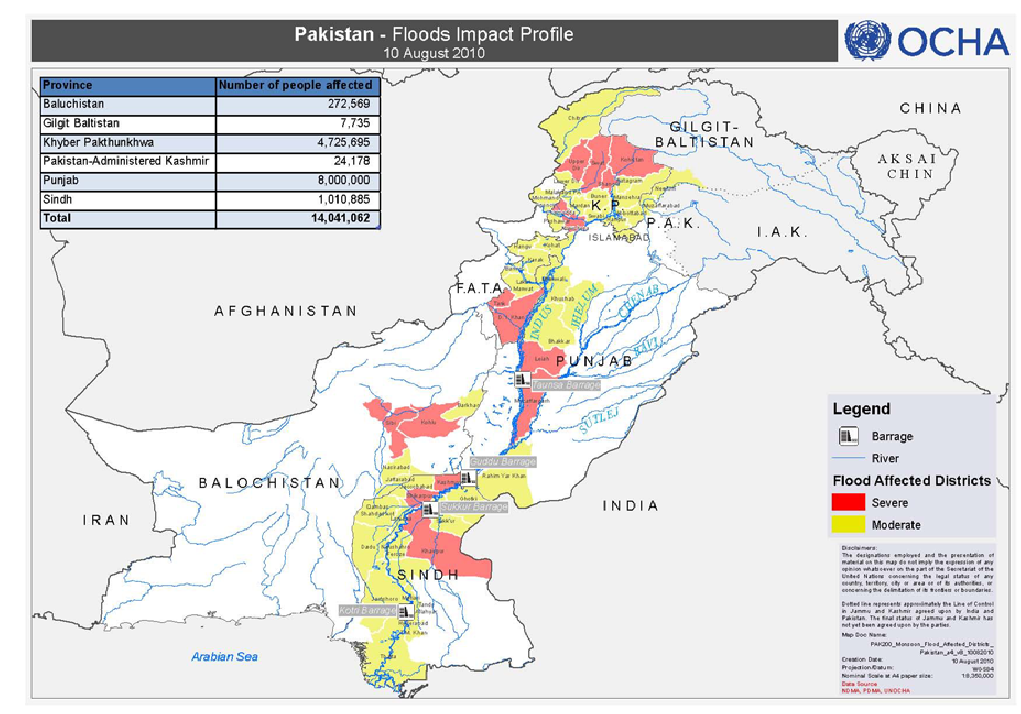 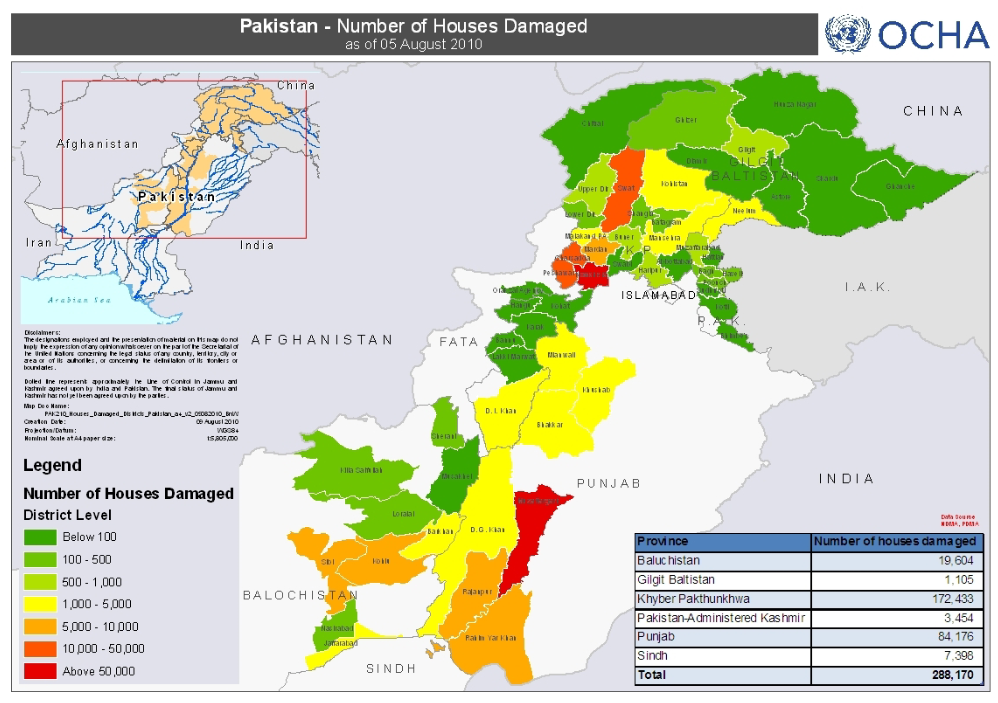