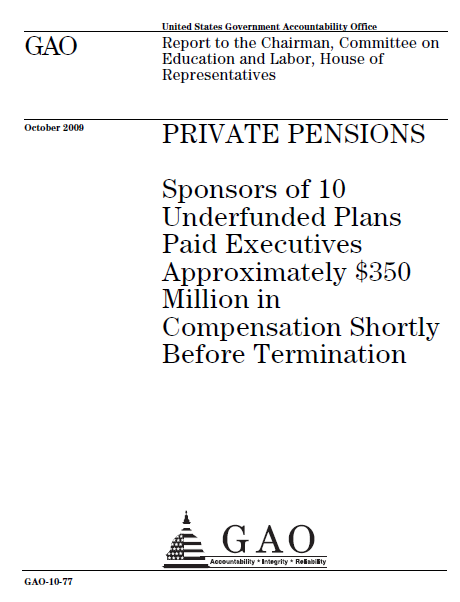 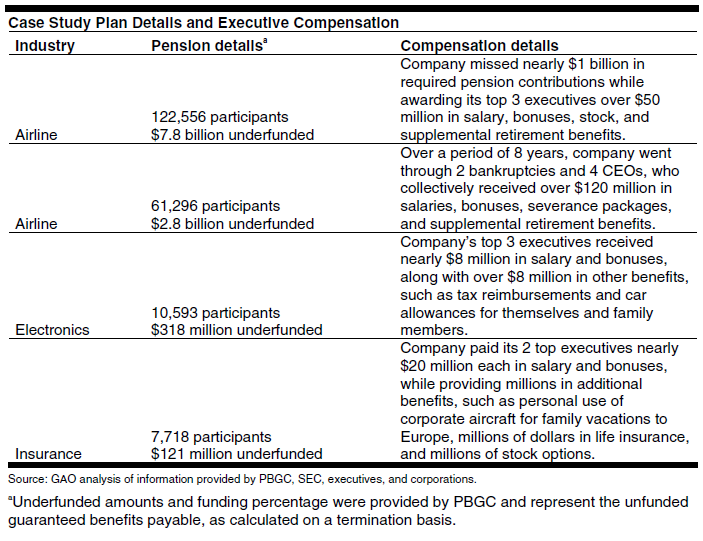 In some cases, plan participants had their benefits reduced due to the underfunding of the plan when it was terminated. For example, a retired pilot saw his monthly pension payment reduced by two-thirds. The reduction in benefits occurred because federal law caps the benefits PBGC can guarantee when it takes over an underfunded pension plan. In addition, PBGC has no oversight power with regard to executive compensation prior to a company’s bankruptcy. During bankruptcy, executive compensation must be approved by the bankruptcy court, and after this approval PBGC has extremely limited ability to recover those payments to executives. GAO did not find any illegal activity with respect to executive compensation on the part of either the 10 companies or the 40 executives under review. 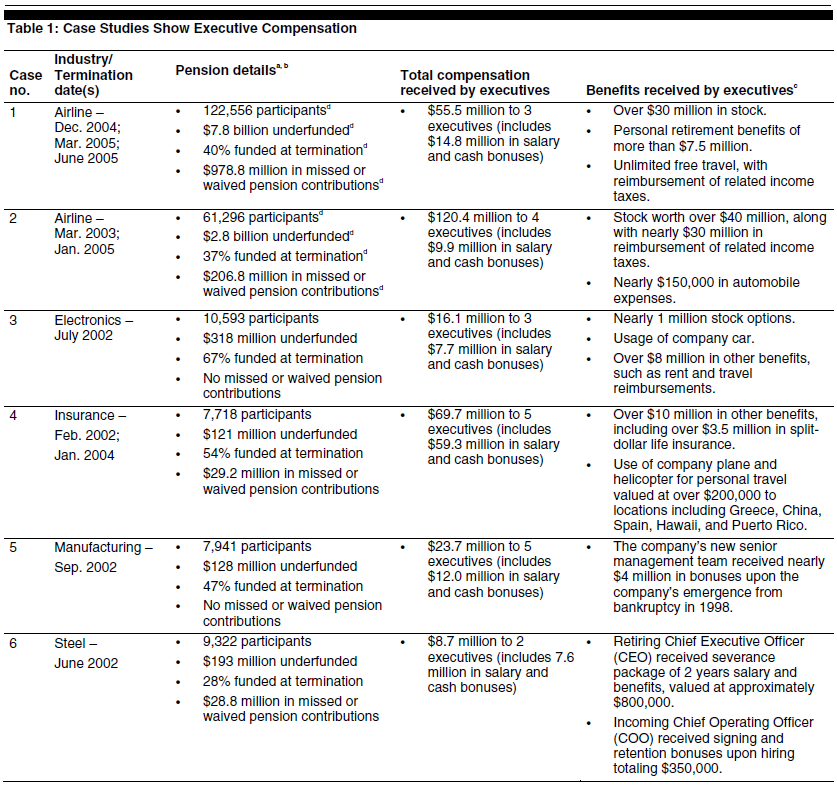 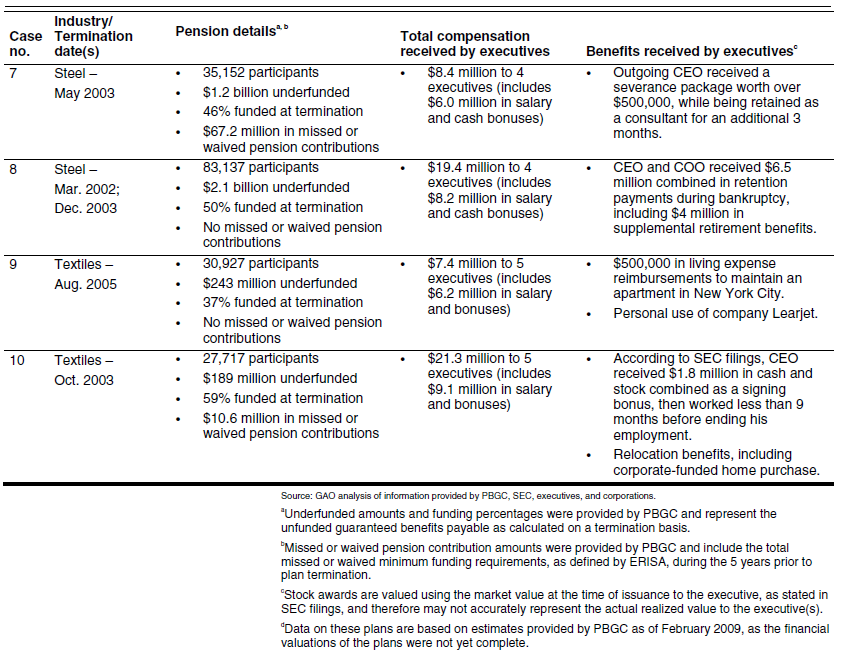