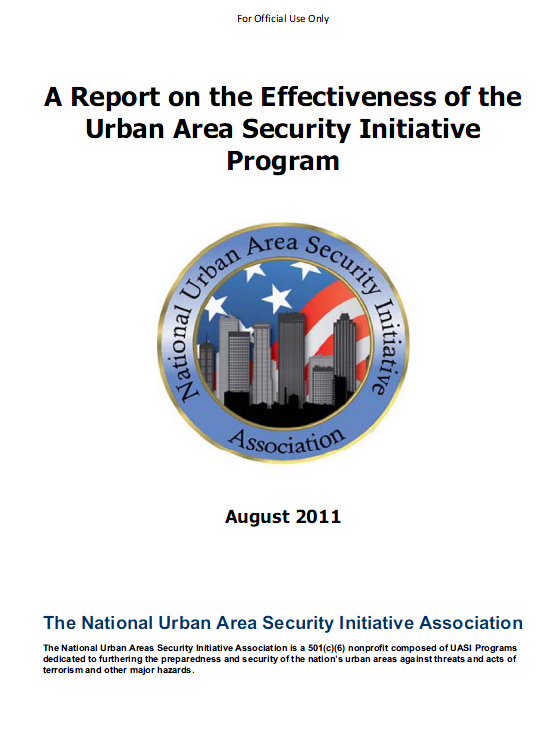 Report on the Effectiveness of the Urban Area Security Initiative Program

Created in 2003 in the wake of the September 11, 2001 terrorist attacks against the United States by al-Qaeda, the Urban Area Security Initiative (UASI) is the only federal homeland security grant program that requires regional governance, strategic planning and investing involving all disciplines – law enforcement, fire service, public health and medical, public works, critical infrastructure owners and operators, and emergency management – in order to acquire the necessary plans, equipment, training and exercises to prevent, protect against, respond to and recover from threats and acts of terrorism and other major hazards. From FY 2003 to FY 2011, approximately $6.5 billion has been appropriated for this program.

Today, there are 64 UASI regions across the United States based on a risk analysis of the 100 largest metropolitan statistical areas by the Department of Homeland Security (DHS). These UASI regions range from New York City to Columbus to Chicago to Sacramento. However, in FY 2011, DHS cut 33 UASI regions from the UASI list for future funding purposes based, in part, on funding reductions provided by Congress that year. A list of the 2010 and 2011 UASI regions is set forth in Appendix A.

This report is the National UASI Association’s first attempt to outline the effectiveness of the UASI program. The report is based on a review of multiple data sources from 2001 to 2011, including Urban Area investment justifications, bi-annual strategy implementation reports, assessments, interviews of first responders, surveys conducted of UASI member regions and other data sources. However, this report should be viewed as preliminary. It delivers an initial review of the effectiveness of a subset of actual UASI grant expenditures covering FY 2003 – FY2009. It is limited by the scope of the available data and time to review such data. 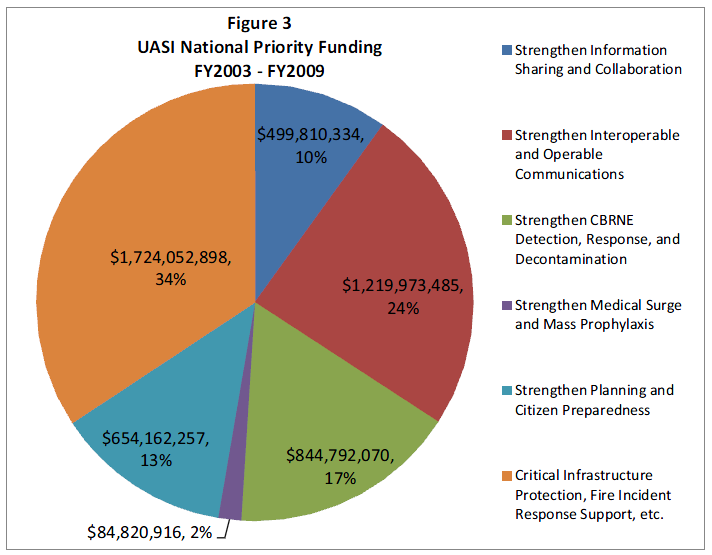 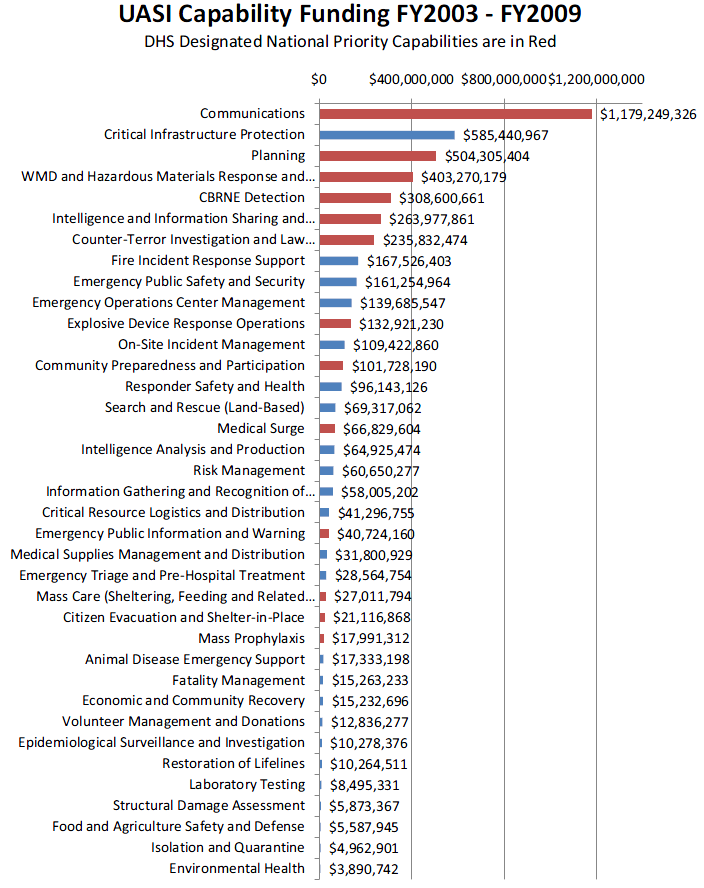