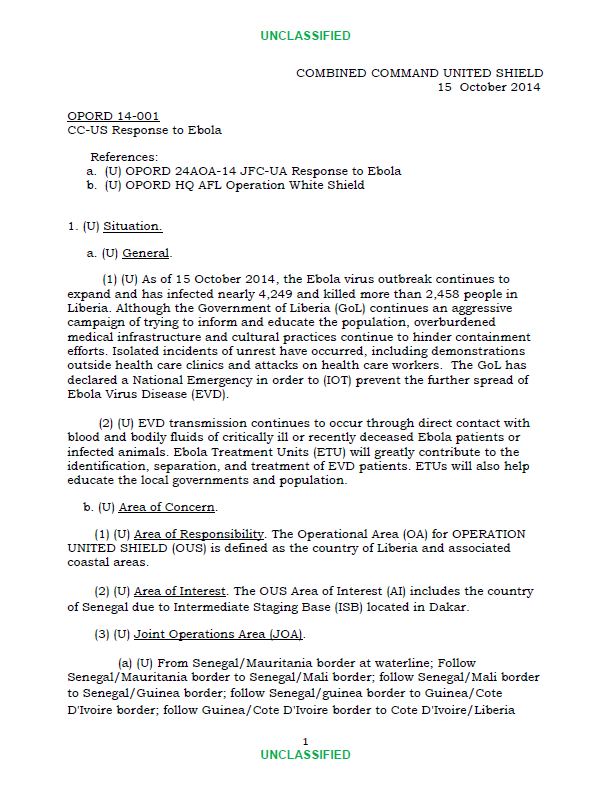 (1) (U) As of 15 October 2014, the Ebola virus outbreak continues to expand and has infected nearly 4,249 and killed more than 2,458 people in Liberia. Although the Government of Liberia (GoL) continues an aggressive campaign of trying to inform and educate the population, overburdened medical infrastructure and cultural practices continue to hinder containment efforts. Isolated incidents of unrest have occurred, including demonstrations outside health care clinics and attacks on health care workers. The GoL has declared a National Emergency in order to (IOT) prevent the further spread of Ebola Virus Disease (EVD).

(2) (U) EVD transmission continues to occur through direct contact with blood and bodily fluids of critically ill or recently deceased Ebola patients or infected animals. Ebola Treatment Units (ETU) will greatly contribute to the identification, separation, and treatment of EVD patients. ETUs will also help educate the local governments and population.

(1) (U) Area of Responsibility. The Operational Area (OA) for OPERATION UNITED SHIELD (OUS) is defined as the country of Liberia and associated coastal areas.

(2). (U) Supporting Commands and Agencies 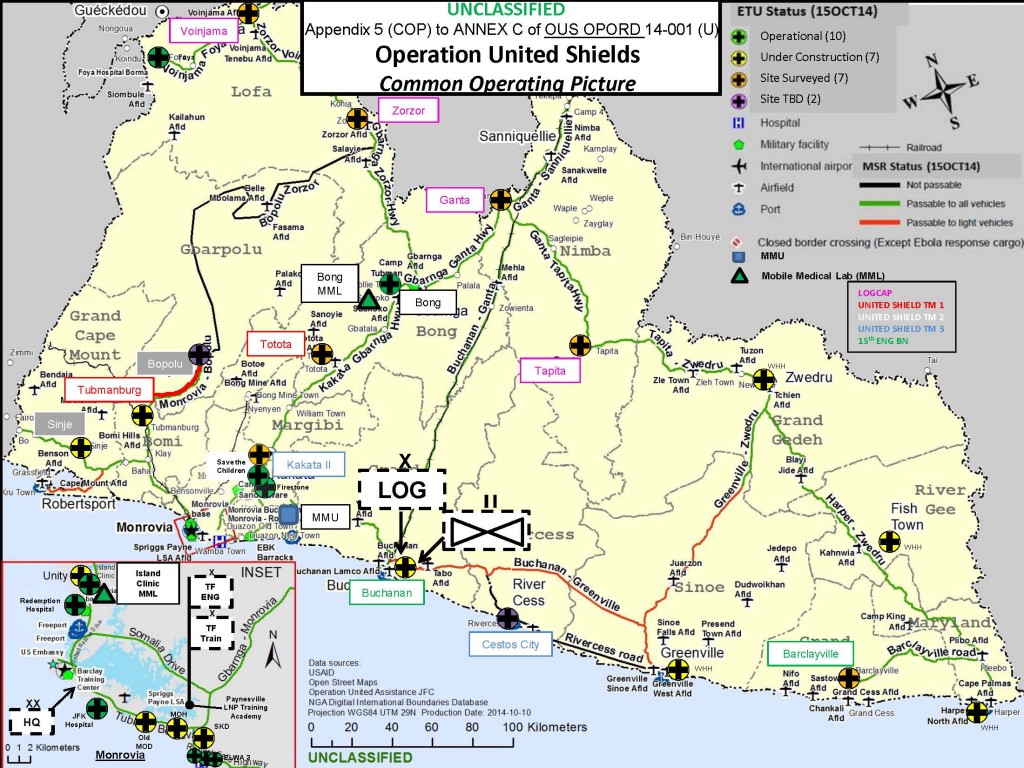