The following guides were released in November 2012 by the U.S. Army Office of the Provost Marshal General in collaboration with the Army Cyber Command. 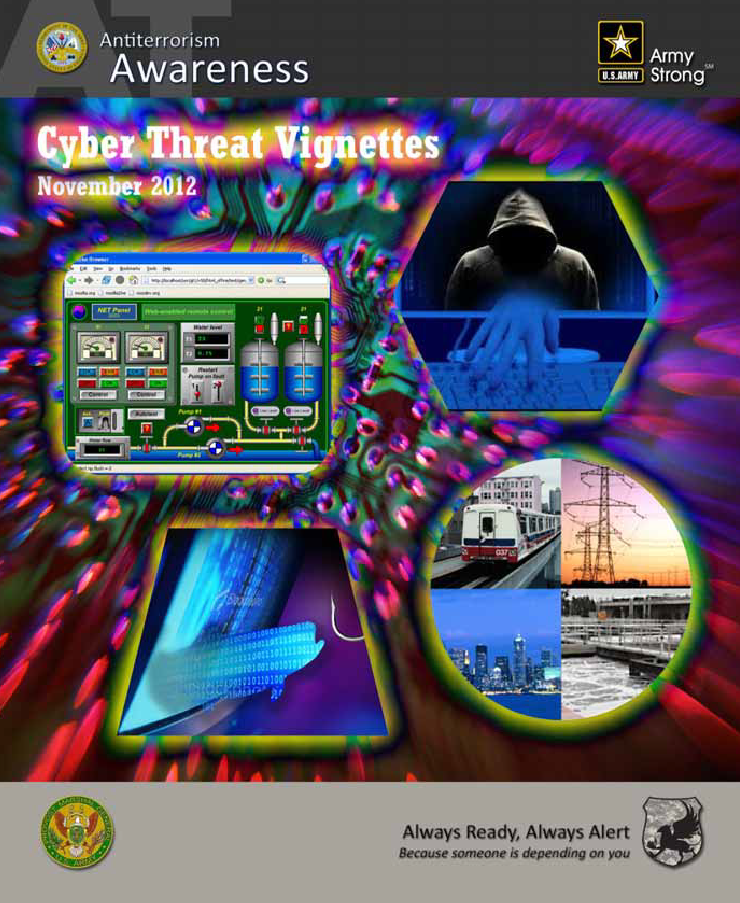 Ends: Adversaries will use cyberspace to commit espionage, subversion (including insider threat), and sabotage.

Ways: Adversaries gain intelligence and access via cyberspace in order to:

Means: To do this, adversaries tactics include: