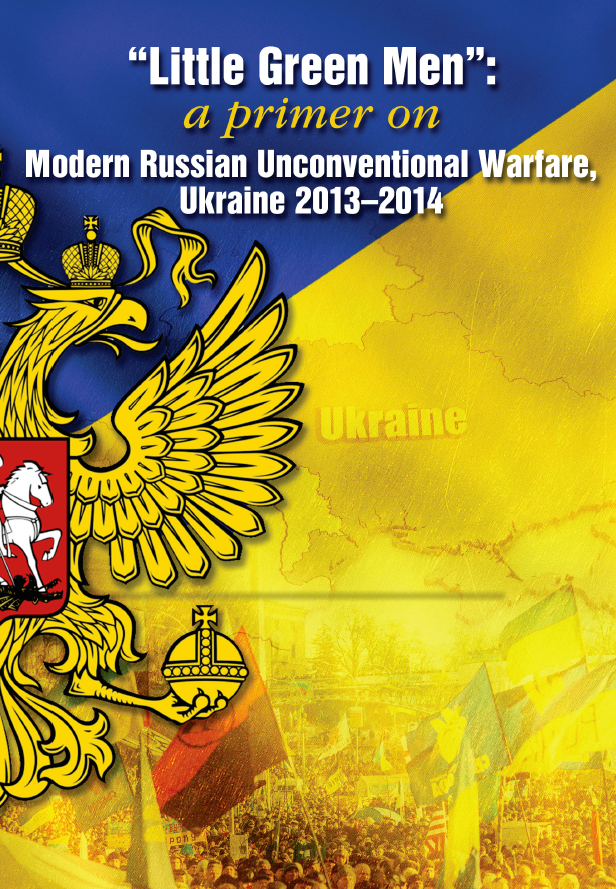 This document is intended as a primer—a brief, informative treatment—concerning the ongoing conflict in Ukraine. It is an unclassified expansion of an earlier classified version that drew from numerous classified and unclassified sources, including key US Department of State diplomatic cables. For this version, the authors drew from open source articles, journals, and books. Because the primer examines a very recent conflict, it does not reflect a comprehensive historiography, nor does it achieve in-depth analysis. Instead, it is intended to acquaint the reader with the essential background to and course of the Russian intervention in Ukraine from the onset of the crisis in late 2013 through the end of 2014. The document’s key points are summarized below.

Part I. Context and Theory of Russian Unconventional Warfare