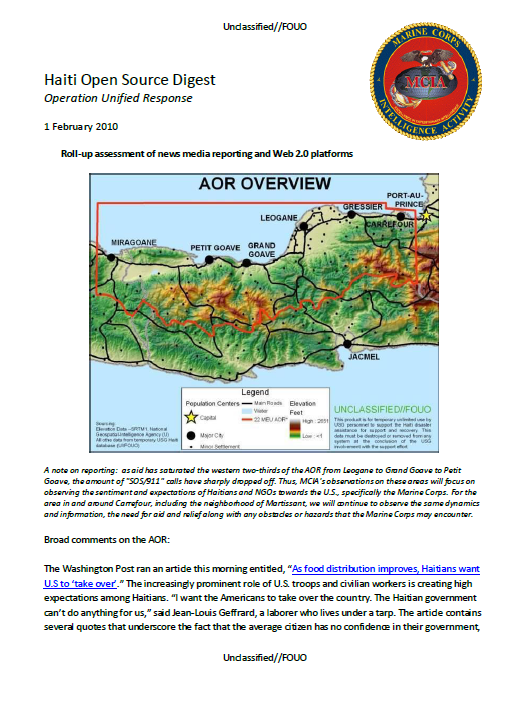 Broad comments on the AOR:

The Washington Post ran an article this morning entitled, “As food distribution improves, Haitians want U.S to ‘take over’.” The increasingly prominent role of U.S. troops and civilian workers is creating high expectations among Haitians. “I want the Americans to take over the country. The Haitian government can’t do anything for us,” said Jean-Louis Geffrard, a laborer who lives under a tarp. The article contains several quotes that underscore the fact that the average citizen has no confidence in their government, but virtually 100% faith in the United States. Average Haitians are taking quick notice to how U.S. troops have brought order and efficiency to aid distribution.

A Reuters article this morning profiles an impromptu tent city on the campus of Haitian Adventist University, located between the administration building and the chapel. NGO Adventist Development and Relief Agency (ADRA) notes that dehydration and diarrhea have both been problems. The report estimates that 15,000 are living in this tent city. The leader of ADRA at this location is Luiz Camargo.

The Centre d’Accueil de Carrefour, an orphanage caring for 650 young boys in Carrefour, says it needs food, water, sanitation and shelter. It has only two functioning toilets for children and staff.

The Seventh Day Adventist Hospital is profiled in an article published today. It is depicted as being highly organized logistically, despite being short on medical personnel and supplies. A precise geographic location of the hospital is not given.

The 24th MEU moved into Carrefour yesterday to distribute aid and provide relief. The only open source reporting observed on this activity is from the 24th MEU’s Facebook page, Twitter feed, and Flickr stream. 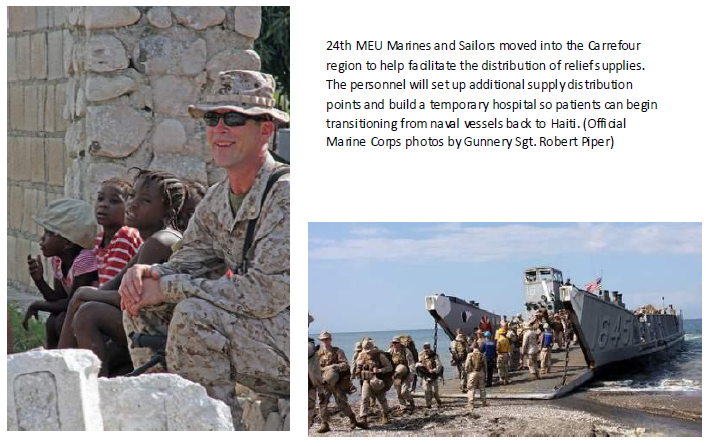 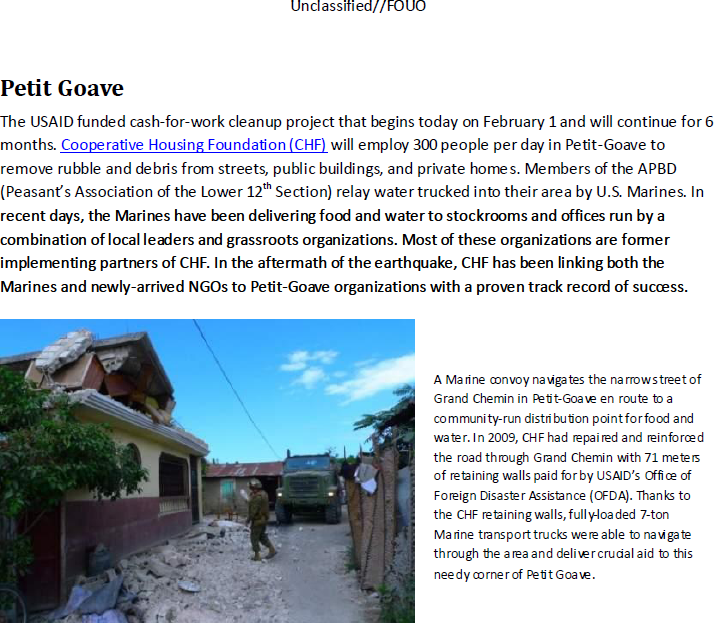