The following report was first released publicly by Bloomberg. 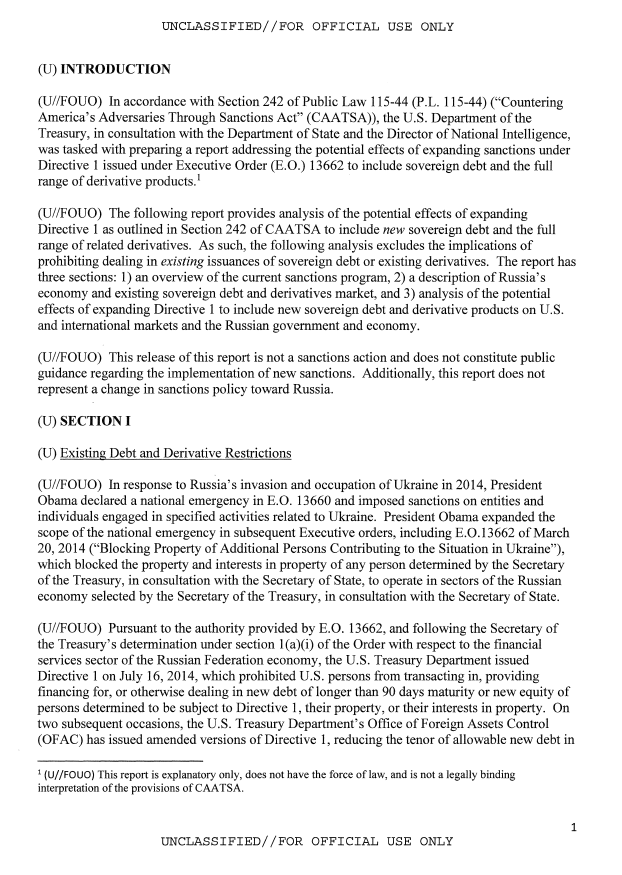 (U//FOUO) In accordance with Section 242 of PuЬlic Law 115-44 (P.L. 115-44) (“Countering America’s Adversaries Through Sanctions Act” (CAATSA)), the U.S. Department of the Treasury, in consultation with the Department of State and the Director of National Intelligence, was tasked with preparing а report addressing the potential effects of expanding sanctions under Directive 1 issued under Executive Order (Е.О.) 13662 to include sovereign debt and the full range of derivative products.

(U//FOUO) This release of this report is not а sanctions action and does not constitute pubic guidance regarding the implementation of new sanctions. Additionally, this report does not represent а change in sanctions policy toward Russia. 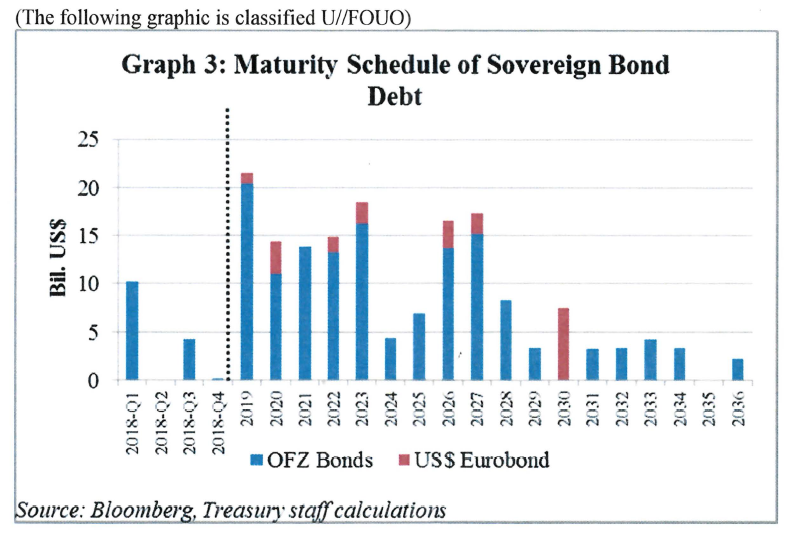