The following patent was published on November 29, 2012 and concerns a set-top box capable of monitoring its users “ambient actions” to target advertisements with greater accuracy. 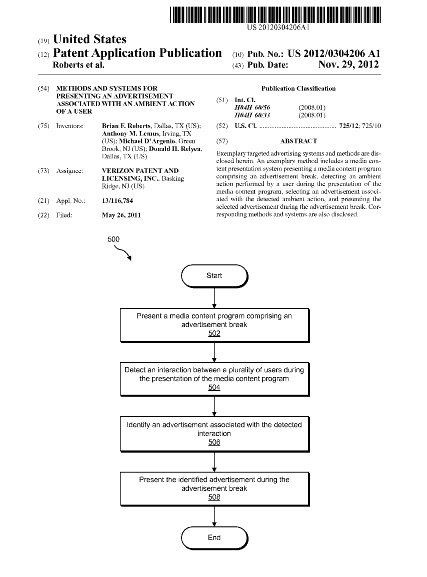 [0001] The advent of set-top box devices and other media content access devices (“access devices”) has provided users with access to a large number and variety of media content choices. For example, a user may choose to experience a variety of broadcast television programs, pay-per-view services, video-on-demand programming, Internet services, and audio programming via a set-top box device. Such access devices have also provided service providers (e.g., television service providers) with an ability to present advertising to users. For example, designated advertisement channels may be used to deliver various advertisements to an access device for presentation to one or more users. In some examples, advertising may be targeted to a specific user or group of users of an access device.