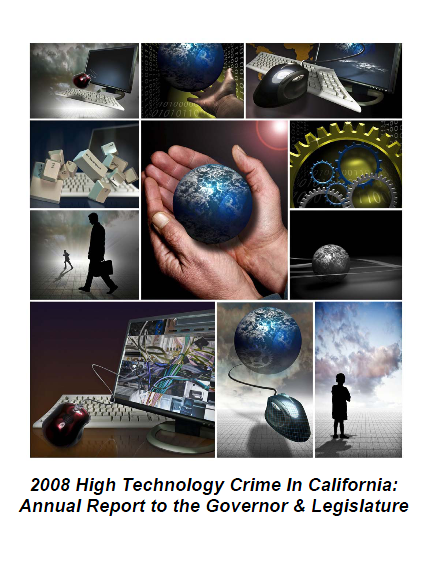 California is home to many of the largest and most advanced technology companies in the world. We also have most of our citizens online in ever increasing amounts. In 2008, 75% of Californians reported that they use a computer at home, work, or school, and 70% use the Internet. Accompanying such an explosion in the telecommunication and Internet penetration has been a concomitant rise in technology crime. Our experience has taught us that technology and computers have given stalkers, pedophiles, destructive disgruntled employees, thieves, scam artists and those seeking infamy a new forum in which to ply their trade and cause misery. Fortunately, California has been a leader in cooperative and cost-effective strategies for protecting our infrastructure and citizens. This report documents the results of the work of the High Technology Theft Apprehension and Prosecution Program and makes recommendations to ensure the continued vitality of the defenses we have been building for over a decade.

Since 1998, the program has expanded to include five regional task forces covering 31
counties within the State of California. The mission of the HTTAP Program is the
investigation, apprehension, and prosecution of high technology crimes and to combat
identity theft.

Each of the task force comprises multi-agency, multi-jurisdictional high-tech crime teams
consisting of local, state, and federal investigators and prosecutors. Each team has the
ability to coordinate effective investigation and prosecution of cross-jurisdictional crime.
The task forces are able to efficiently pursue, arrest, and prosecute a wide range of criminal
offenders in a greater number of jurisdictions than individual agencies can – thereby
minimizing duplication of public resources and expense of time and money by victims,
witnesses and courts. Each task force provides high technology-oriented public safety
resources to the communities collectively served by all the task forces.

The High Technology Crime Advisory Committee was established concurrently with the
HTTAP Program. The purpose of the committee is to provide strategic oversight to the
program and conduct planning in response to high technology crime in California. This
committee includes representatives of the following agencies/organizations: