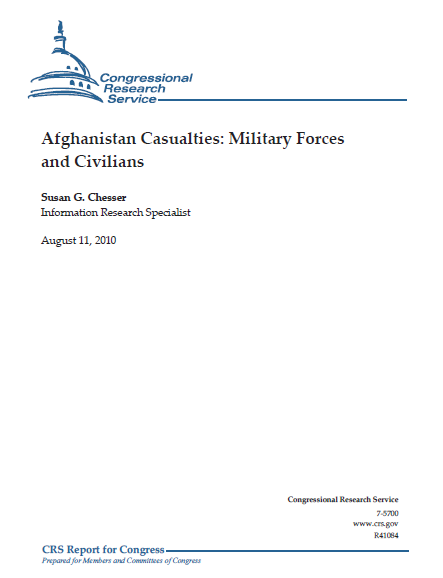 Casualty data of U.S. military forces are compiled by the U.S. Department of Defense (DOD), as
tallied from the agency’s press releases. Also included are statistics on those wounded but not
killed. Statistics may be revised as circumstances are investigated and as records are  processed through the U.S. military’s casualty system. More frequent updates are available at DOD’s website at http://www.defenselink.mil/news/ under “Casualty Update.”

A detailed casualty summary of U.S. military forces that includes data on deaths by cause, as well
as statistics on soldiers wounded in action, is available at the following DOD website:
http://siadapp.dmdc.osd.mil/personnel/CASUALTY/castop.htm.

NATO’s International Security Assistance Force (ISAF) does not post casualty statistics of the
military forces of partner countries on the ISAF website at http://www.isaf.nato.int/. ISAF press
releases state that it is ISAF policy to defer to the relevant national authorities to provide notice of
any fatality. For this reason, this report uses fatality data of coalition forces as compiled by
CNN.com and posted online at http://www.cnn.com/SPECIALS/2004/oef.casualties/index.html.
Casualty data of Afghan civilians are reported quarterly by the United Nations Assistance Mission
to Afghanistan (UNAMA). Deaths of Afghan National Police and Afghan National Army
personnel are reported by the Special Inspector General for Afghanistan Reconstruction in the
quarterly reports to Congress that are required as part of P.L. 110-181.

Because the estimates of Afghan casualties contained in this report are based on varying time
periods and have been created using different methodologies, readers should exercise caution
when using them and should look to them as guideposts rather than as statements of fact. 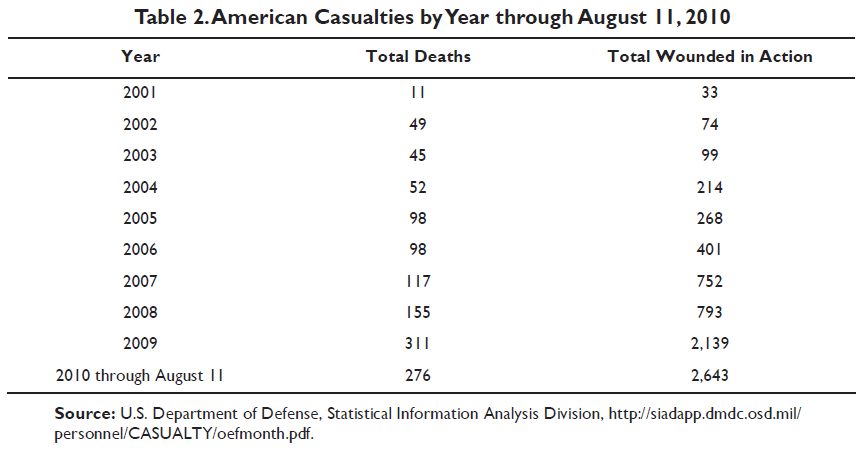 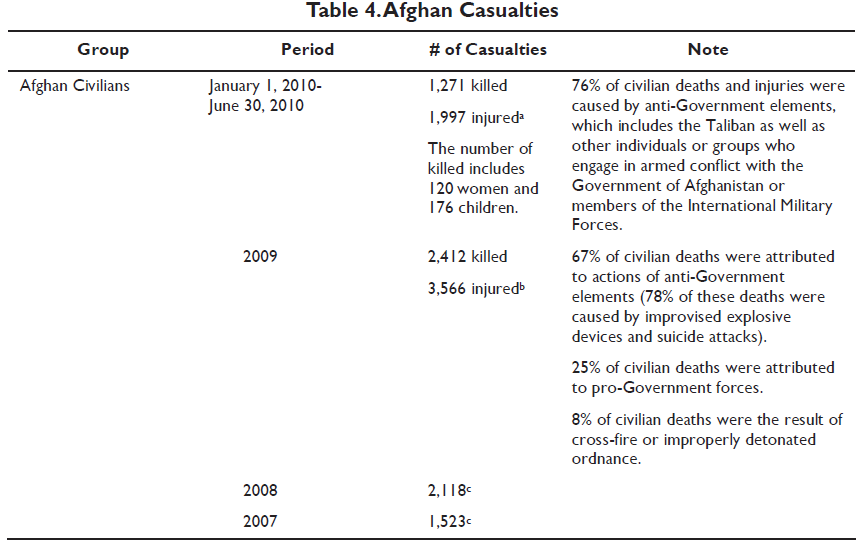