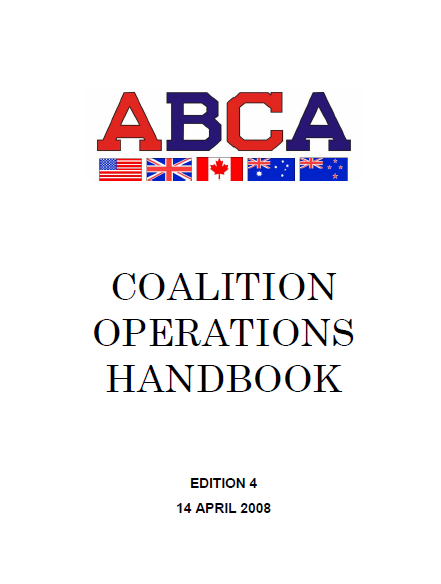 Where commonality of interest exists, nations will enter political, economic, and military partnerships. These partnerships can occur in both regional and worldwide patterns as nations seek opportunities to promote their mutual national interests or seek mutual security against real or perceived threats. Cultural, psychological, economic, technological, and political factors all influence the formation and conduct of coalitions.

Another reason nations conduct coalition operations is that rarely can one nation go it alone either politically or militarily. Coalition operations will involve a comprehensive approach that includes other government agencies, nongovernmental organizations, and international and regional organizations. This blending of capabilities and political legitimacy makes possible certain operations that a single nation could not or would not conduct unilaterally.

Almost all coalition operations, regardless of how they are formed, build from common fundamentals. All coalitions form in one of three ways. Coalition headquarters have similar components. In addition, all coalitions assess the area for operations. Many of the points will be further developed in the individual chapters.

A coalition is an ad hoc arrangement between two or more nations for common action. A coalition action is a multinational action outside the bounds of established alliances, usually for a single occasion, or for longer cooperation in a narrow sector of common interest. This handbook centers on those operations in which one or more of the ABCA armies participate with other non-ABCA nations in a coalition.

Coalition operations may be driven by common agreement among the participating coalition partners or through a mandate provided by the United Nations (UN). Either way, their multinational character merits particular attention because national interests and organizational influence may compete with doctrine and efficiency. Consensus is painstakingly difficult, and solutions are often national in character. Commanders can expect contributing nations to adhere to national policies and priorities, which at times complicates the coalition effort.

In coalition operations, consensus building to ensure compatibility at the political, military, and cultural levels between partners is key. A successful coalition must establish at least unity of effort, if not unity of command. The success of a coalition operation begins with the authority to direct operations of all assigned or attached military forces.

The coalition force commander has much to consider, in addition to military considerations. Considerations such as the strategic context within which the operation will be carried out; civil administration; the reestablishment of justice; civil policing; humanitarian assistance; post-conflict development and reconstruction; the possibility of election organization; financial management; and multicultural issues. Commanders must harmonize these considerations to ensure that the operation has the best possible chance of success. Doing this well, early, and professionally with the optimum level of input and upfront accountability from all likely participants will provide a firm base for a successful operation.