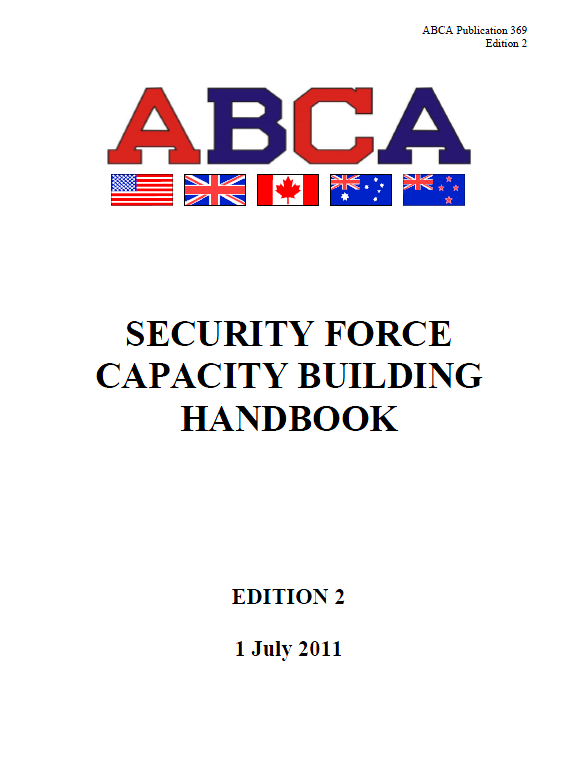 1. Failure to take culture and the building of trust seriously during SFCB could potentially lead to mission failure. For the purposes of this handbook culture is defined as the set of opinions, beliefs, values, and customs that forms the identity of a society. It includes social behavior standards (e.g., how men relate with women, children relate with adults), language (standard of speech), and religion (standards on how man relates with his mortality and creation). Trust is defined as that firm reliance on the integrity, ability, or character of a person or unit. Trust is both an emotional and logical act, which in practice is a combination of both. In assessing the HN culture ABCA nations should bear in mind from the start other cultures‘ perception of our predominantly Western lifestyle. In addition ABCA nations should beware not to fall into the trap of imposing their own culture, particularly their military culture, on HN forces where this may not be appropriate.

2. Recent Campaigns. Recent campaigns have seen ABCA forces repeatedly deploy to conduct SFCB in parts of the world quite different to their own. Not only do these nations often speak languages that are relatively rarely spoken or studied in ABCA nations, they also have very different cultures. These cultural differences include different religions, ethnic variances, tribal networks, or even comprehensive codes of practice, such as Pashtunwali1 in Afghanistan.

a. Culture Shock. ABCA forces need to understand the cycle through which they may pass during training and deployment when confronted by a different culture. This self-awareness and suggested mitigating activity should serve to reduce the impact of culture shock on the overall campaign.

b. Cultural Sensitivity in the conduct of SFCB. An understanding of the importance of cultural sensitivity, heeding local customs, values and norms, is vital when conducting SFCB. Even more important is the development of trusting relationships between ABCA and indigenous forces. Time and energy must be invested in these if they are to flourish.

c. Improved operational effectiveness by leveraging HNSF Cultural Understanding. HNSF generally have an understanding, both of local culture and the broader human terrain that ABCA nations are unlikely ever to rival, even after repeated tours. HNSF therefore offer ABCA nations an opportunity to understand the human terrain in which they are operating that will otherwise be lacking. SFCB cannot be conducted in isolation.

1. Building HN security force capability and capacity should begin with an overarching analysis of requirements, existing capabilities, capacity and constraints, including a thorough consideration of cultural, political and economic factors.

2. Each situation will differ depending upon the level of conflict in the Host Nation and the existing capabilities and capacity of their security forces. The complexity and difficulty of conducting SFCB increases dramatically when working in a failing or failed state. Under such conditions, the key operational level security sector organizations, particularly Defense and Interior ministries, may not be present or effective.

3. Analysis must start from an understanding of the operational environment, the required end-state and taking into account the region‗s needs and concerns. Analysis should determine the requirements for force development, training, sustainment, unit and logistical distribution, deployment of forces, and equipment acquisition for each type of security force.

4. In the absence of a Joint Interagency Multinational process, the application of the military estimate or decision making process may serve as a useful start point. However, it is important that this is not carried out in isolation and is part of a comprehensive approach.

17. The previous discussion has focused on developing measures of assessment for application across the tactical and operational spectrum. Assessing overall progress at the campaign level to understand whether the accumulative effects of our actions are indeed contributing to campaign success are just as important. As outlined earlier CEA is derived from an appreciation of the accumulative results of the MoP and MoE, set against the wider contextual analysis of the environment. Being able to monitor and track progress at this level requires a method for mapping a complex range of variables which contribute to a secure environment. Figure 2 is a suggested means with which to track overall progress made in the delivery of a security effect through HN SFCB. 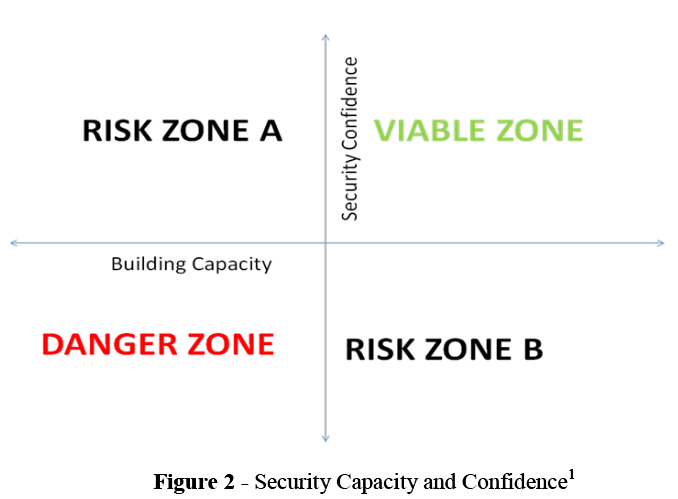