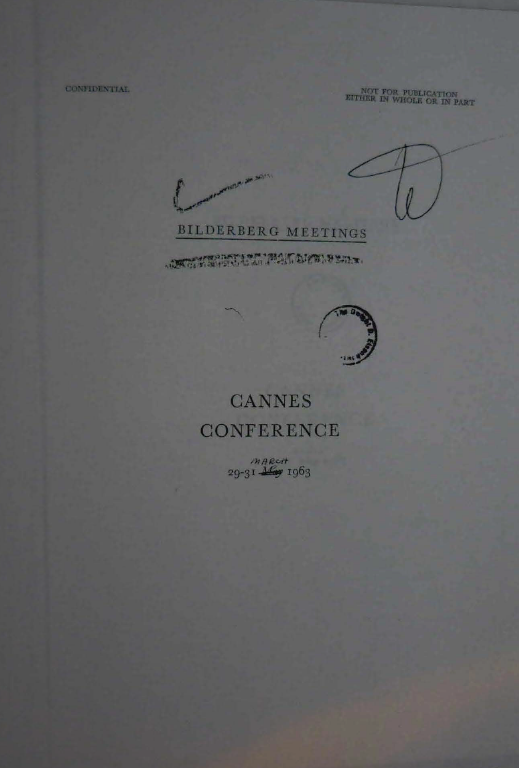 The twelfth Bilderberg Meeting was held on 29, 30 and 31 March 1963 at the Hotel Martinez, Cannes (France) under the chairmanship of H.R.H. the Prince of the Netherlands.

Participants numbered ninety and represented the United States, Canada and fifteen European countries together with various international organizations. They were drawn from among political leaders (members of governments and parliamentarians) and leading figures in business, journalism, the civil service (national and international), the liberal professions and trade-union organizations.

In accordance with the rules of procedure adopted at each meeting, all participants spoke on an absolutely personal basis without committing any government or organization to which they might belong. In order to facilitate complete frankness, the discussions were confidential and no representatives of the press were admitted. A short press release in which the Chairman’s was the only name mentioned was distributed beforehand but no further release was issued at the conclusion of the meeting.

Three items were included on the Agenda:

I – The balance of power in the light of recent international developments.

II – Trade relations between the U.S.A. and Europe in the light of the negotiations for Britain’s entry into the Common Market.

Ad. I This item will cover changes in power relations–political, economic, and military–between the Communist and Western countries and inside each group.