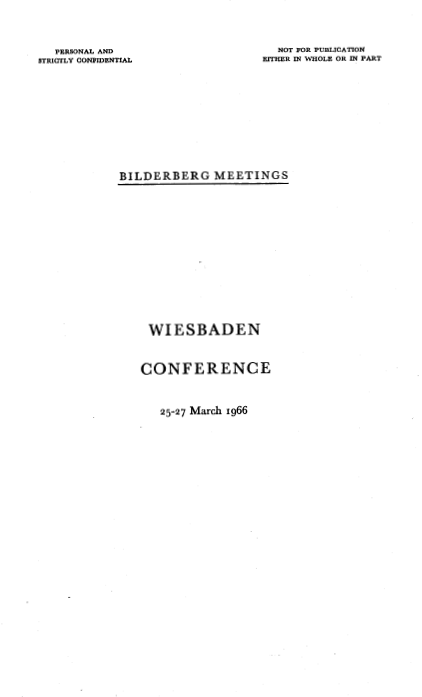 The fifteenth Bilderberg Meeting was held at the Hotel “Nassauer Hof” in Wiesbaden (Germany) on 25, 26 and 27 March 1966 under the chairmanship of H.R.H. The Prince of the Netherlands.

There were 81 participants representing the United States, Canada, fifteen Western European countries as well as various international organizations, and drawn from leaders in the field of politics (governments and parliaments), business, journalism, public service (national and international), the liberal professions, trade unions and employers’ organizations.

In accordance with the rules adopted at each meeting, all participants spoke in a purely personal capacity without in any way committing whatever government or organization they might belong to. In order to enable participants to speak with the greatest possible frankness, the discussions were confidential with no representatives of the press being admitted.

I. Should NA TO be reorganized and if so how?