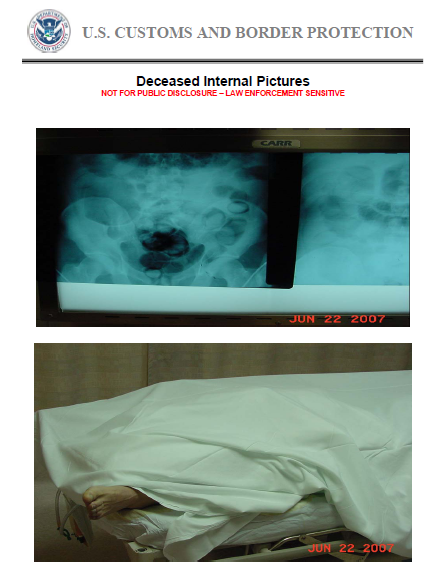 On 6/21/2007, Juan Carlos GOMEZ arrived at Miami International Airport from Bogota, Colombia, on Avian flight #008. Passenger GOMEZ presented himself for inspection to CBPO Ortiz at Passport Control at 2311 hrs. CBPO Ortiz admitted GOMEZ as a USC and referred him to Baggage Control Secondary to verify his parole status as Ortiz indicated prior drug arrest. At approximately 2335 hrs GOMEZ presented his CBP form 6059B to the primary baggage control officer and was escorted to baggage secondary for further examination. The floor coordinator was informed of the situation and assigned CBPO Medrano to conduct GOMEZ’s secondary inspection at 2340 hrs. SCBPOs Adan and Sanfilippo were also informed of GOMEZ’s record.

During inspection passenger GOMEZ claimed ownership of his bag and its contents. At this time GOMEZ looked disoriented, sweating profusely and unable to stand on his own. GOMEZ was also shaking and trembling. CBPO Marte asked him if he was taking any medications or if he had swallowed any drugs and he answered “no, I was drinking liquor all night”, but neither CBPO perceived any odor of alcohol. Due to his deteriorating physical condition MDFD paramedics were contacted at 2355 hrs and responded at 0003 hrs with MDFD Lt. Giles and Lt. Biekhan who provided passenger GOMEZ first aid. Chief Coleman was notified of the situation at 2355 hrs by SCBPO Adan and at about 0025 hrs GOMEZ was transported to the Metropolitan Hospital accompanied by CBPO Marte and followed by CBPO Medrano in a different vehicle. According to information received by CBPO Marte, while inside the emergency vehicle GOMEZ confessed to internally carrying about 41 pellets said to contain narcotics.

GOMEZ’s bag, which remained in the baggage secondary area, was inspected by CBPO Gervais at 0035 per SCBPO Adan’s instructions. The baggage inspection was negative for contraband. ICE S/A Pertierra wase notified at 0050. Chief Coleman notified Acting Port Director Vigna at 0100 hrs and arrived at Metropolitan Hospital at 0205 hrs.

Passenger GOMEZ was pronounced deceased at 0604hrs at the Metropolitan Hospital. Miami-Dade Homicide arrived at 0855 hrs and the medical examiner arrived at 1045 hrs. The body was transported to the medical examiner’s office at 1106 hrs and arrived at the morgue at 1126 hrs. Chief Duchesne was notified at 1156 hrs and the command center at 1158 hrs. The medical examiner extracted 48 intact pellets from GOMEZ’s body. An additional pellet was observed to be in poor, deteriorated condition and was believed to have resulted in a leakage in GOMEZ’s body. A presumptive field test on the white, powdery substance in one of the pellets was conducted at 1506 hrs by SCBPO Kiley, witnessed by CBPO Rimpell, which resulted positive for the presence of the characteristics of cocaine. A second presumptive field test was performed at 2002 hrs by CBPO Medrano and witnessed by CBPO Cabrejo with negative results for the characteristics of heroin. 48 pellets said to contain cocaine were recovered and seized on CBP form 6051S #3486890. USA passport, cell phone and personal effects were seized on CBP form 6051S #3102828 and turned over Miami Dade Police Department Det. J. R. Gonzalez at approximately 1500 hrs. The pellets were placed in evidence bag #0652686 and transported to Seized Property Warehouse at 2315 hrs by CBPO I. Perez and CBPO W. Gonzalez. 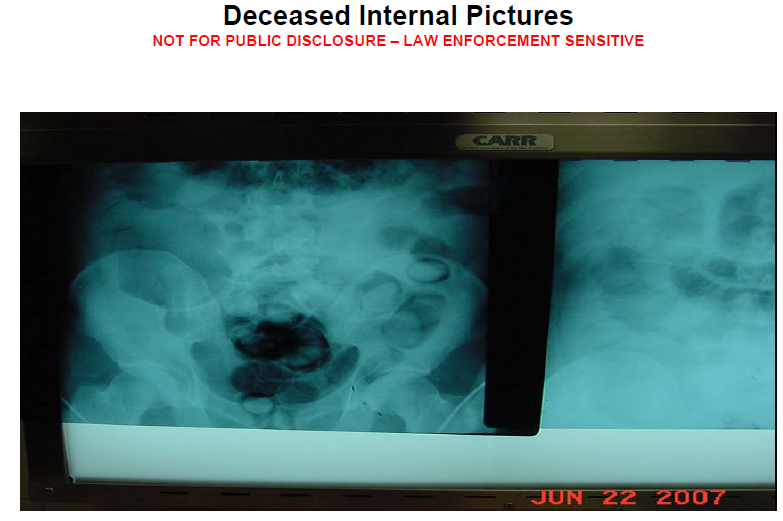 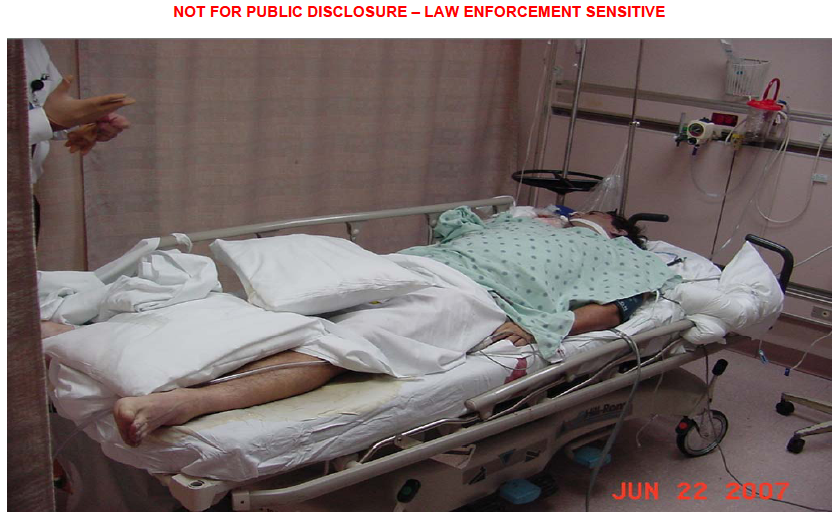 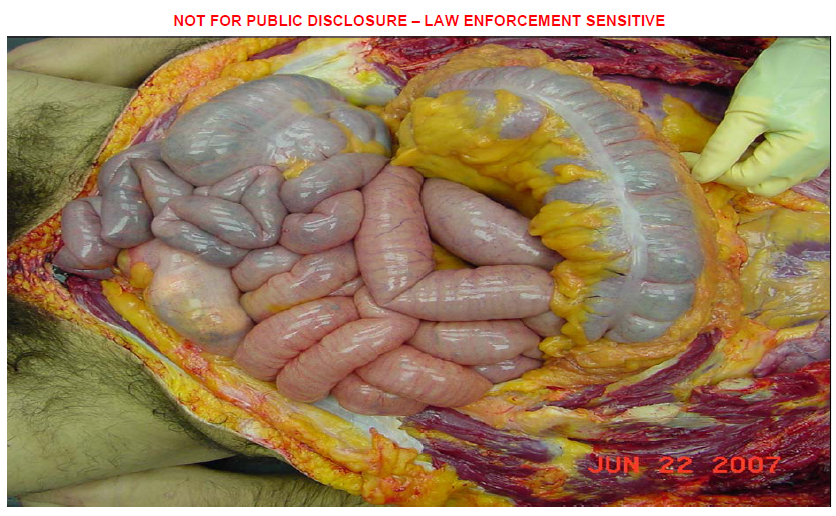 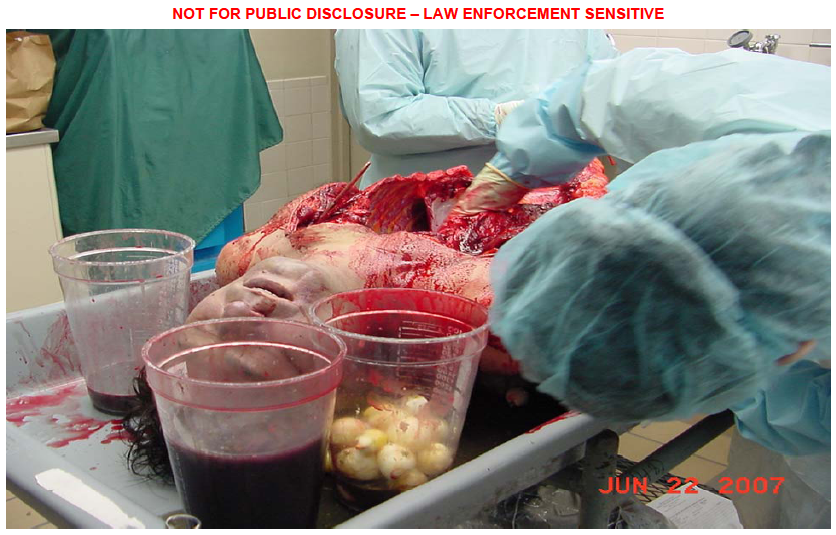