The following special report was released May 7, 2013 by the Department of Justice Bureau of Justice Statistics. 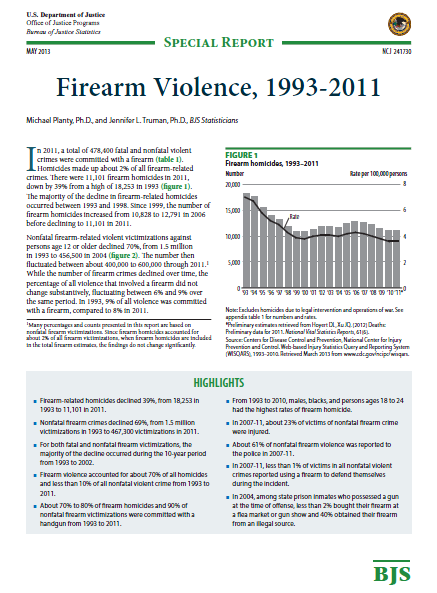 Nonfatal firearm-related violent victimizations against persons age 12 or older declined 70%, from 1.5 million in 1993 to 456,500 in 2004. The number then fluctuated between about 400,000 to 600,000 through 2011. While the number of firearm crimes declined over time, the percentage of all violence that involved a firearm did not change substantively, fluctuating between 6% and 9% over the same period. In 1993, 9% of all violence was committed with a firearm, compared to 8% in 2011.

The primary source of information on firearm-related homicides was obtained from mortality data based on death certificates in the National Vital Statistics System of the National Center for Health Statistics (NCHS), Centers for Disease Control and Prevention’s (CDC) Web-based Injury Statistics Query and Reporting System (WISQARS). These mortality data include causes of death reported by attending physicians, medical examiners, and coroners, and demographic information about decedents reported by funeral directors who obtain that information from family members and other informants. The NCHS collects, compiles, verifies, and prepares these data for release to the public.

The estimates of nonfatal violent victimization are based on data from the Bureau of Justice Statistics’ (BJS) National Crime Victimization Survey (NCVS), which collects information on nonfatal crimes against persons age 12 or older reported and not reported to the police from a nationally representative sample of U.S. households. Homicide rates are presented per 100,000 persons and the nonfatal victimization rates are presented per 1,000 persons age 12 or older. Additional information on firearm violence in this report comes from the School-Associated Violent Deaths Surveillance Study (SAVD), the FBI’s Supplemental Homicide Reports (SHR), the Survey of Inmates in State Correctional Facilities (SISCF), and the Survey of Inmates in Federal Correctional Facilities (SIFCF). Each source provides different information about victims and incident characteristics. Estimates are shown for different years based on data availability and measures of reliability. 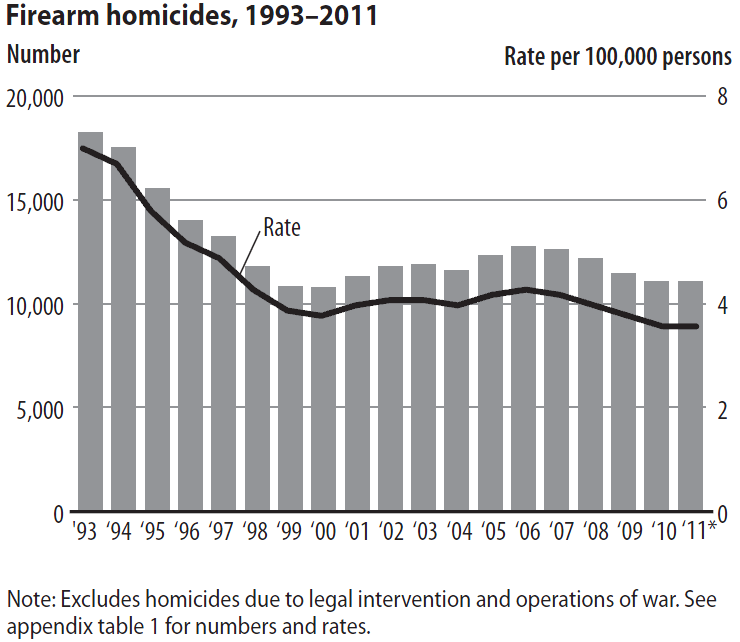 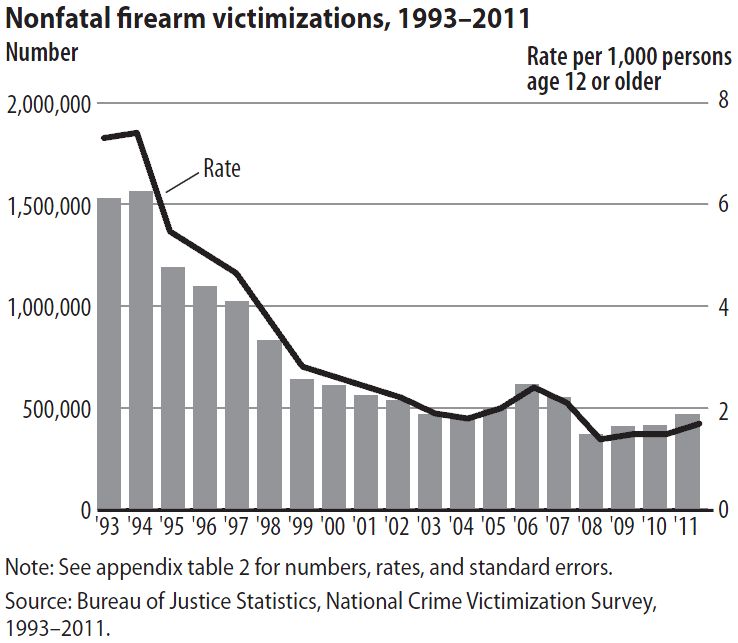