The following is part of a series produced by the State Department’s Humanitarian Information Unit.  Maps from June and October 2014 as well as August 2015 are also available. 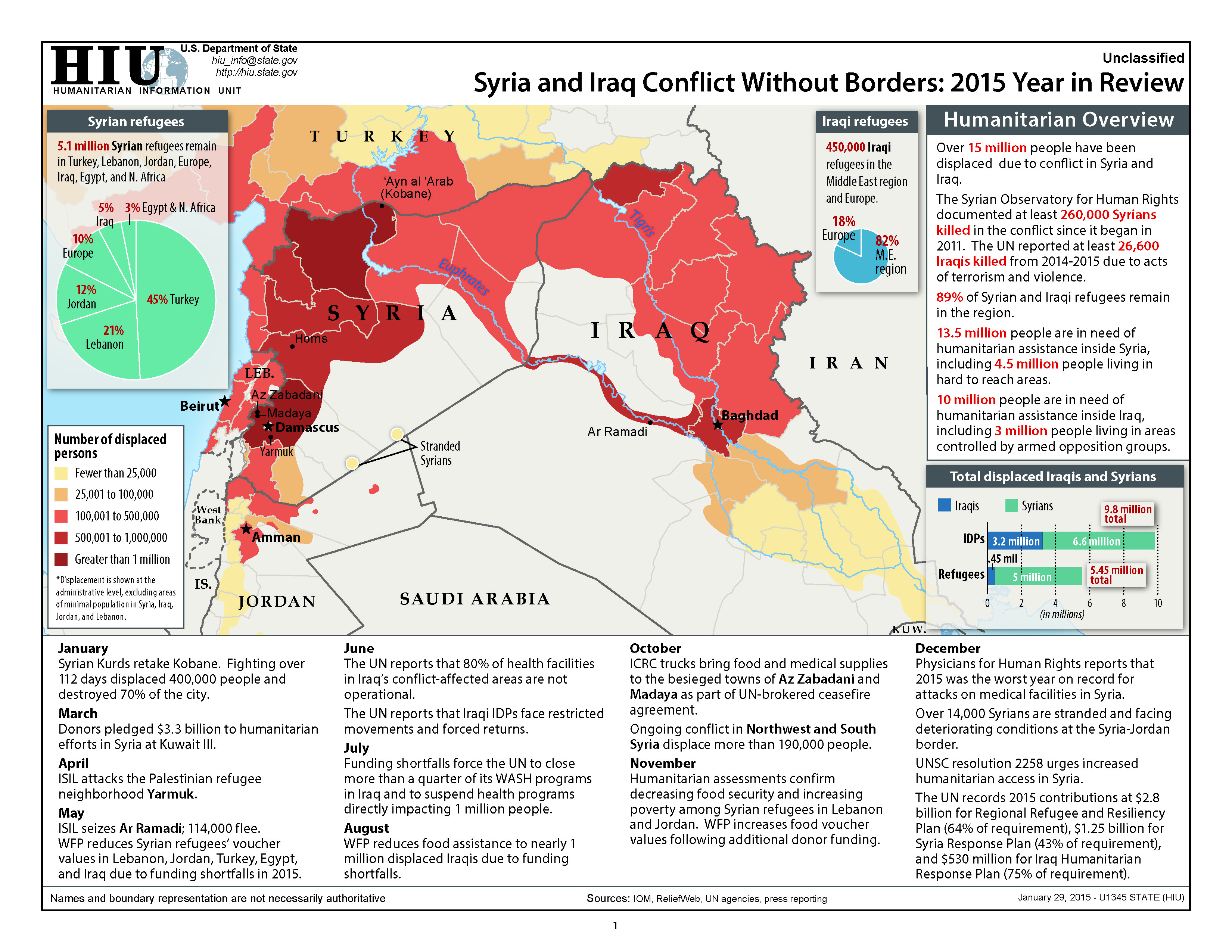 Syria and Iraq Conflict Without Borders: 2015 Year in Review

Over 15 million people have been displaced due to conflict in Syria and Iraq.

The Syrian Observatory for Human Rights documented at least 260,000 Syrians killed in the conflict since it began in 2011. The UN reported at least 26,600 Iraqis killed from 2014-2015 due to acts of terrorism and violence.

89% of Syrian and Iraqi refugees remain in the region.

10 million people are in need of humanitarian assistance inside Iraq, including 3 million people living in areas controlled by armed opposition groups. 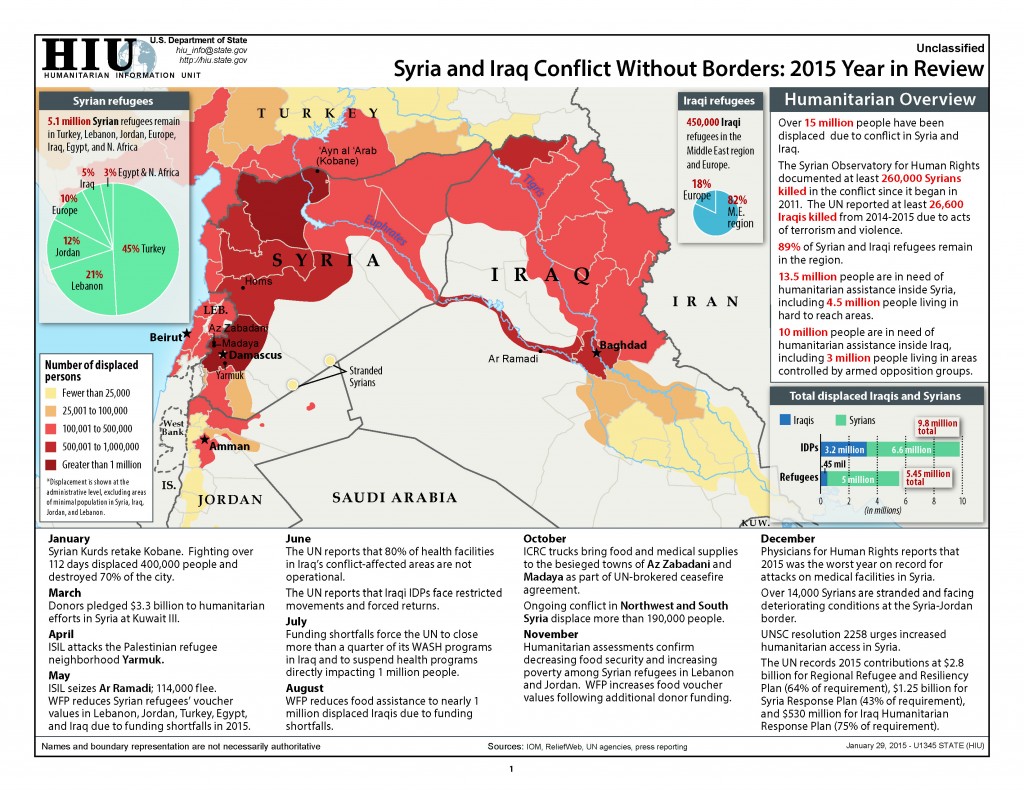 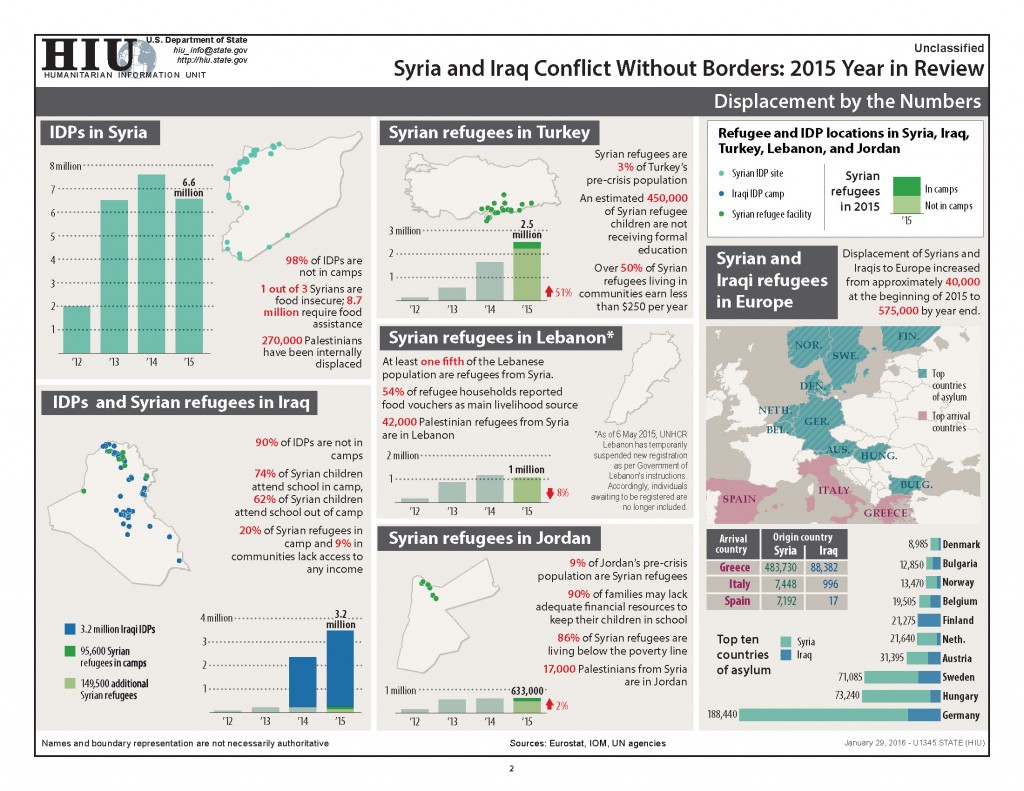