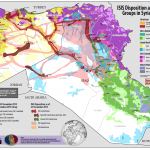 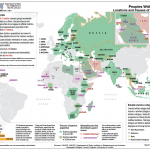 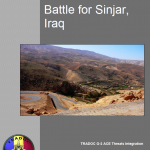 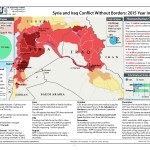 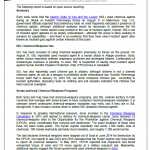 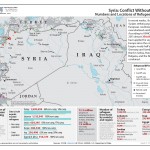 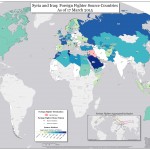 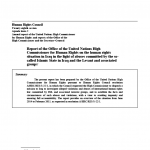 The present report has been prepared by the Office of the United Nations High Commissioner for Human Rights pursuant to Human Rights Council resolution A/HRC/RES/S-22/1, in which the Council requested the High Commissioner to dispatch a mission to Iraq to investigate alleged violations and abuses of international human rights law committed by ISIL and associated terrorist groups, and to establish the facts and circumstances of such abuses and violations, with a view to avoiding impunity and ensuring full accountability. 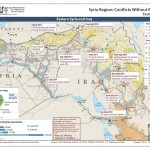 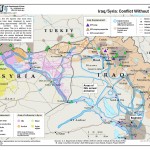 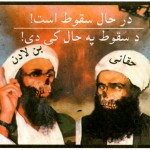 Warfare in the 21st Century necessitates a complete shift in the way we think and the way we fight. More than ever, the use of nonlethal effects is having a profound impact on conflicts. Much of today’s battlefield is in the minds of the public, shaped by the spoken word, cyberspace, media, and other means of strategic communications, as well as by our physical actions. Consequently, melding information with physical operations may very well be decisive in counterinsurgency and other stability operations. By melding information operations with physical operations, the division commander, who is executing a war against an insurgency and simultaneously attempting to pacify a populace, can gain the respect, compliance, and support of the people who may tip the balance in his favor. The enemy has become adept at all means of communications, in particular information operations, and uses his actions to reinforce his message. As a result, he influences not only the indigenous population but also the world as a whole.

The CERP was formally established by the Coalition Provisional Authority in July 2003 to provide U.S. military commanders in Iraq with a stabilization tool that benefitted the Iraqi people. The program supported urgent, small-scale projects that local governments could sustain, that generally cost less than $25,000, and that provided employment. DoD defined urgent as “any chronic and acute inadequacy of an essential good or service that, in the judgment of the local commander, calls for immediate action.” Among other things, CERP funds were used to: build schools, health clinics, roads, and sewers; pay condolence payments; support economic development; purchase equipment; and perform civic cleanup. DoD used CERP as a “combat multiplier” whose projects helped improve and maintain security in Iraq through non-lethal means. The program was considered “critical to supporting military commanders in the field in executing counterinsurgency operations” and its pacification effects important to saving lives.

In January 2009 the Army’s authority to unilaterally apprehend and detain insurgents in Iraq expired. The Army now operates in Iraq at the invitation of the Government of Iraq (GOI). The change in the Army’s authority heightens the guiding principle of working by, with, and through the Iraqi Security Forces (ISF). The Army must work within the Iraqi rule of law when dealing with insurgents who threaten U.S. forces. It requires the Army to work with the ISF and the Iraqi court system to remove insurgents from the street. The Army must learn how the Iraqi system is structured and how its courts operate. The Army must also help educate the Iraqi courts, particularly the judges, on the science of how Americans collect and process evidence (forensics). Educating the judges on forensics is important to the Army having its day in court and its evidence entered into the proceeding against the insurgents.

HET is viewed as a highly valuable and effective intelligence generating asset which, in conjunction with other intelligence sources, provides a significant amount of actionable intelligence during operations in Iraq. “The HET teams produced more reporting … than any other intel asset we have out there.” “HETs have been the pointy tip of the spear in this counterinsurgency fight. Two-thirds of MNF-W operations are directly driven by HET operations.” Key observations from this collection include the following.

The purpose of this special study is to provide commanders, leaders, and planners at the tactical, operational, and strategic levels a guide that synchronizes strategic-level requirements and outcomes with operational- and tactical-level objectives, therefore providing synergy of effort that will support the Army Force Generation cycle and reset planning timelines. It is our hope that this information will be useful to both sustainment and maneuver commanders, that it will constitute a historical survey of recent drawdown operations, and that it will offer tactics, techniques, and procedures that can be used today and in the future to assist cornmanders at all levels with the planning and execution of the responsible drawdown of forces.

The Multi-National Corps–Iraq logistics staff and the Iraqi Security Forces (ISF) support operations cell, an element of the Iraqi Assistance Group, merged at the operational level to publish plans, policies, and procedures that met the strategic aims of the coalition forces, the national goals of the government of Iraq, and the joint campaign plan published by Multi-National Force–Iraq. Corps sustainment planners published operational objectives for execution at the operational and tactical levels in an effort to develop a sustainment-based system for the ISF. Based on experiences and observations over the past 18 months, the partners, advisors, and planners gathered the best practices for advising and assisting security forces at all levels of the sustainment system. This handbook presents partnering considerations in developing a fundamental base for a self-sustaining, host nation security force.

“Enduring Airpower Lessons from Operation ENDURING FREEDOM (OEF) and Operation IRAQI FREEDOM (OIF)” is one of three lessons learned (L2) focus areas directed by the Chief of Staff of the Air Force (CSAF) at CORONA Top 2008. This report is the third and last in a series of Unmanned Aircraft Systems (UAS) L2 reports produced for fiscal year 2009 and focuses on Small UAS (SUAS) capabilities and issues.

Most US personnel that are serving in Afghanistan have already served a tour in Iraq and are accustomed to doing things “the Iraq way”. Many people are trying to apply the lessons learned in Iraq to Afghanistan, which in many cases is inappropriate. AF2 wants to provide a product to US units to compare and contrast Iraqi tribal structure and Pashtun tribal structure to prevent future missteps by US forces.

As the U. S. Defense Department scales back operations in Iraq, one of the most significant questions that remains is whether the Iraqi security forces will be capable of maintaining civil order on their own. This manual was produced by the Joint Center for International Security Force Assistance (JCISFA) to help prepare deploying advisors, trainers, and partner forces that will work directly with Iraqi police. The intent is to provide a basic understanding of the country of Iraq and a solid understanding of the current organization and utilization of the Iraqi police. This manual also provides guidance on what it means to work ” by, with and through” a counterpart, and includes observations and insights learned by your predecessors.

This is the Final Edition of the USF-I Base Transition Smartbook. Updated from the October 2010 edition, it provides a single-source, quick reference guide for the base transition process, and captures/de-conflicts updated and additional base transition guidance through the use of bold and strike-through text. The information in this Smartbook summarizes base transition Standard Operating Procedures (SOP), published US Forces-Iraq (USF-I) orders/ guidance, and lessons learned from past base transitions to facilitate honorable and successful transitions of remaining non-enduring bases and enduring sites. The USF-I Base Transition Smartbook is the guiding document for transitioning USF-I bases in the Iraq Joint Operations Area (IJOA) to the Government of Iraq (GoI). Guidance is intended to be flexible enough to fit a range of situations, and to ensure a base is transferred properly, in accordance with applicable laws and regulations. The Base Transition Smartbook is located on the USF-I J7 website. Revisions are summarized below and highlighted throughout the text.