This report on crowd control technologies is a continuation of a previous study from 1999 titled “An Appraisal of the Technologies of Political Control”.  That extremely fascinating study was originally published by Cryptome and is referenced several times in this report. 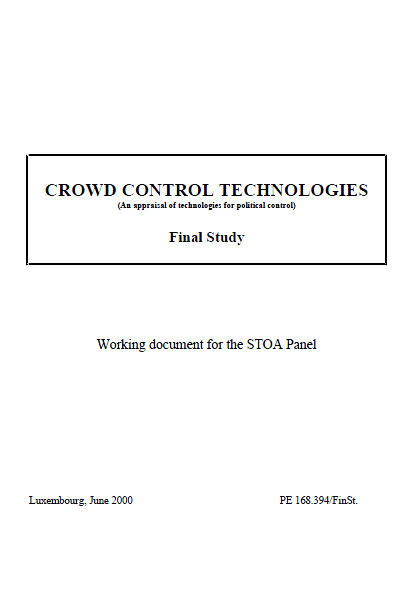 CROWD CONTROL TECHNOLOGIES: An appraisal of technologies for political control

This study grew out of the 1997 STOA report, ‘An Appraisal of the Technologies of Political Control’ and takes that work further. Its focus is two fold:(i) to examine the bio-medical effects and the social & political impacts of currently available crowd control weapons in Europe; (ii) to analyse world wide trends and developments including the implications for Europe of a second generation of so called “non-lethal” weapons. Seven key areas are covered by the report’s project: (a) a review of available crowd control technologies; (b) relevant legislation at national and EU levels; (c) the relative efficiency of crowd control technologies; (d) their physical and mental effects on individuals; (e) the actual and potential abuse of crowd control technologies; (f) an assessment of future technologies and their effects; and finally (g) an appraisal of less damaging alternatives such as CCTV.The report presents a detailed worldwide survey of crowd control weapons and the companies which manufacture supply or distribute them. It was found that at least 110 countries worldwide deploy riot control weapons, including chemical irritants, kinetic energy weapons, water cannon and electro-shock devices. Whilst presented as humane alternatives to the use of lethal force, the study found examples in 47 countries of these so called “non-lethal” crowd control weapons being used in conjunction with lethal force rather than as a substitute for it, leading directly to injury and fatalities.

Within Europe, the study found that the biomedical research necessary to justify the deployment of certain crowd control technologies was either absent, lacking or incomplete and that there was inadequate quality control at production level to ensure that adverse or even lethal effects were avoided. Evidence is also presented of the misuse of these technologies and the breach of deployment guidelines which can make their effects either severely damaging or lethal. Member States currently have inadequate export controls to prevent the transfer, brokerage or licensed production of crowd control weapons to human rights violators, including weapons such as electroshock devices which have been directly implicated in torture. The report warns against adopting ever more powerful crowd control weapons as ‘technical fixes’. It suggests their use should be limited and provides a number of options to make the adoption and use of these weapons more democratically accountable. These include licensing and independent evaluation of the biomedical impacts of such weapons via a formal process
of ‘Social Impact Assessment’; legal limits on weapons which are exceptionally hazardous or lethal; legally binding rules of engagement; better post incident inquiry procedures and more effective, accountable and transparent export controls. 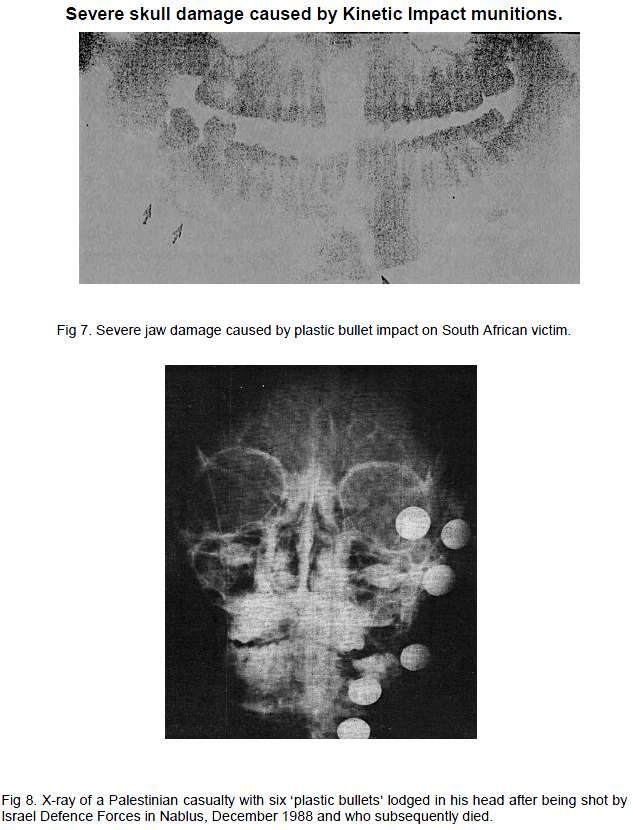