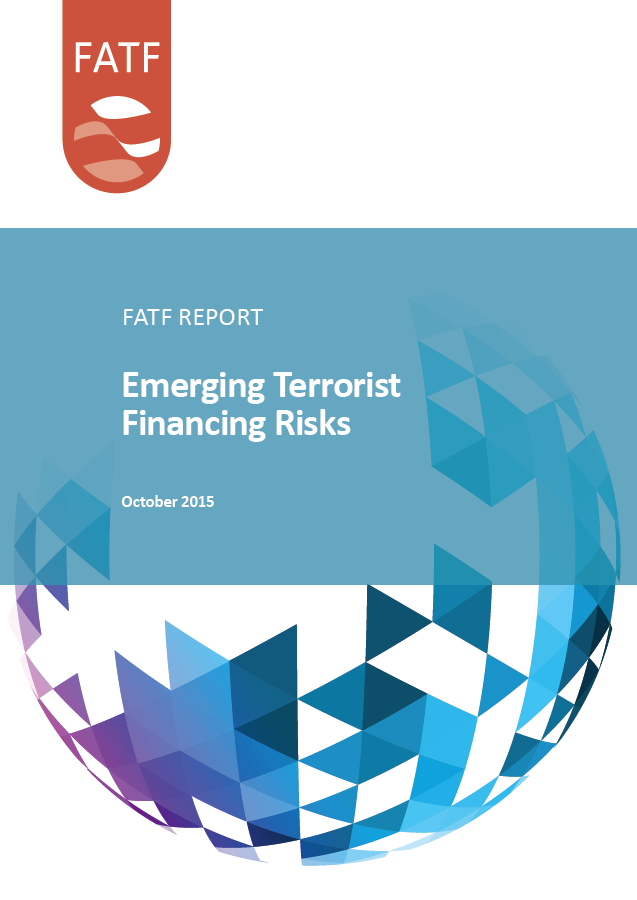 While the number and type of terrorist groups and related threats have changed over time, the basic need for terrorists to raise, move and use funds has remained the same. However, as the size, scope and structure of terrorist organisations have evolved, so too have their methods to raise and manage funds. The main objective of this report is to analyse recently identified terrorist financing (TF) methods and phenomena, referred to as ‘emerging TF risks’.

This report highlights that understanding how a terrorist organisation manages its assets is critical to starving the organisation of funds and disrupting their activities in the long term. Terrorist organisations have different needs, depending on whether they are large, small, or simply constituted of a network of seemingly isolated individuals. The section on financial management explores the use of funds by terrorist organisations, not only for operational needs but also for propaganda, recruitment and training, and the techniques used to manage these funds, including allocating specialised financial roles. The report finds that authorities need to do further work to identify and target various entities responsible for these functions.

In assessing the continued relevance of traditional TF techniques (that is, those techniques identified in the FATF Terrorist Financing Typologies Report (FATF, 2008)) the general conclusion is that while all these techniques are evolving, they still represent significant TF risks. Jurisdictions provided a range of case studies to demonstrate the ongoing threats and vulnerabilities. Jurisdictions’ national risk assessments were particularly useful in this analysis. Anti-money laundering (AML) and countering the financing of terrorism (CFT) systems and operational measures have made it more difficult for terrorist organisations to use traditional avenues to raise or move funds. However, the adaptability of these organisations, and new threats posed by foreign terrorist fighters and small cell terror networks, require authorities to monitor how these traditional methods continue to be used. The use of national risk assessments to conduct strategic analysis of current TF risks will help inform policy makers to implement the necessary legal and operational measures.

With respect to the section on emerging TF risks, the FATF decided to explore the threats and vulnerabilities posed by:

The FTF phenomenon is not new, but the recent scaling up of individuals travelling to Iraq and Syria has been a challenge for many FATF members. FTFs are predominantly using traditional methods, particularly self-funding, to raise the funds they require to travel to the conflict areas. However, the novel aspect for jurisdictions is the challenge in identifying these individuals because of the relatively low amounts of funding they require and the speed with which they can acquire it. The report reveals that financial intelligence can assist in identifying FTFs in a number of ways. Close cooperation between authorities domestically and internationally and close partnerships between authorities and the private sector can assist to better identify FTFs and their facilitation networks. The report also shows that further work is required to shed light on blind spots in information about FTFs, including returnees.

The role of social media in breeding violent extremism has been well reported but less is known about how it used to raise funds for terrorists and terrorist groups. The report finds that there are significant vulnerabilities associated with social media, including anonymity, access to a wider range and number of potential sponsors or sympathisers and the relative ease with which it integrates electronic payment mechanisms. It is also apparent that donors are often unaware of the end-use of funds supported by social media, including crowdfunding, which presents a risk that terrorist organisations can exploit.

This report finds that electronic, on-line and new payment methods pose an emerging terrorism financing vulnerability which may increase over the short term as the overall use and popularity of these systems grows. Many of these systems can be accessed globally and used to transfer funds quickly. While transactions may be traceable, it proves difficult to identify the actual end-user or beneficiary. This report presents a number of interesting cases, but the actual prevalence and level of exploitation of these technologies by terrorist groups and their supporters is not clear at this time and remains an ongoing information gap to be explored.

The exploitation of natural resources for TF was raised as a substantial concern in the context of the Islamic State of Iraq and the Levant (ISIL) but this report has confirmed that it is also relevant for other terrorist organisations and regions. The ability to reap high rewards from the natural resources sector, coupled with the weak institutional capability, particular in or near areas of conflict, creates a significant vulnerability for terrorist organisations to capitalise on. This report finds that this issue is linked with criminal activity including extortion, smuggling, theft, illegal mining, kidnapping for ransom, corruption and other environmental crimes.

This report builds on the findings of the Financing of the Terrorist Organisation of the Islamic State in Iraq and the Levant report (the ‘FATF ISIL report’, 2015) and takes into account the activities of a broader range of terrorist organisations. The project benefited from the involvement of national experts from FATF’s entire global network, including law enforcement, intelligence agencies and Financial Intelligence Units (FIUs). This report also takes into account recent initiatives by the United Nations, the Egmont Group of FIUs and the Members of the Counter-ISIL Coalition, specifically Counter ISIL Financing Group (CIFG). The project involved private sector feedback via their involvement in the FATF/ Financial Action Task Force of Latin America (GAFILAT) Joint Experts’ Meeting on Terrorism Financing. This engagement with the private sector to identify TF risks has also laid the groundwork for future initiatives to develop risk indicators which will be helpful to both private and public sectors.

This report was developed in a short timeframe to provide a snapshot of the TF risks we see today. It is not a comprehensive assessment of those risks and the issues discussed in the report should be subject to further study. This report serves to raise awareness among FATF members and the private sector on the underlying issues that need to be addressed by policy and operational responses. This research is intended to complement FATF’s work to enhance countries’ implementation of the FATF standards on TF.

ABUSE AND MISUSE OF NON-PROFIT ORGANISATIONS

Terrorist entities target some non–profit organisations (NPOs) to access materials and funds from these NPOs and to exploit their networks, thus intentionally abusing the NPO. A 2014 FATF study found that the abuse of NPOs, or the risk of unintentional misuse, manifests in five different ways:

The report found that traditional transnational terrorist organisations, which mainly attempt to exploit some legitimate NPOs or create ‘sham’ NPOs, comprise a large number of the cases demonstrating the threat to the NPO sector.

19. Along with the banking sector, the remittance sector has been exploited to move illicit funds and is also vulnerable to TF. In conflict-prone countries where access to banking services is limited and terrorist groups operate, remittance providers may be the primary financial institution through which consumers can engage in cross-border funds transfer activity. Remittance providers are especially vulnerable to abuse for TF where they are unregulated, not subject to appropriate AML/CFT supervision or where they operate without a license (thus operating without any AML/CFT controls). The biggest TF threat involves agents or employees who knowingly facilitate funds transfers on behalf of terrorist groups, including the falsification of transaction reporting to obfuscate or anonymise details. Migrant communities and families rely heavily on MVTS to remit funds home; this provides a channel for commingling TF with legitimate family transfers. It also makes it difficult to detect TF from normal family and community remittances.

Many of FATF’s TF-related reports have highlighted how alternative remittance systems, especially where there is insufficient AML/CFT regulation, are exploited to facilitate TF. For example, the Taliban are believed to have used the regulated banking system to launder the proceeds of drug sales but apparently returned to the use of MVTS after the implementation of more stringent Afghan banking rules. The TF in West Africa report highlights the use of MVTS to provide funds to recruit FTFs and aid their travel to conflict zones. Similarly, the ISIL report notes that a common methodology for financing FTFs is to send money via money remitters who have agents operating in border areas close to ISIL held territory. The Afghan opiates report identifies the use of MVTS to move the proceeds from drug trafficking. FATF’s 2013 report on hawala and other similar service providers considered the issue, noting that terrorists exploit money transmitters as ’a function of geography, culture and financial access’ and that countries of high risk for this sort of abuse are also areas where these services were a legitimate and principal vehicle for value transfers, but where such providers were not subject to appropriate AML/CFT regulation or lacked AML/CFT control