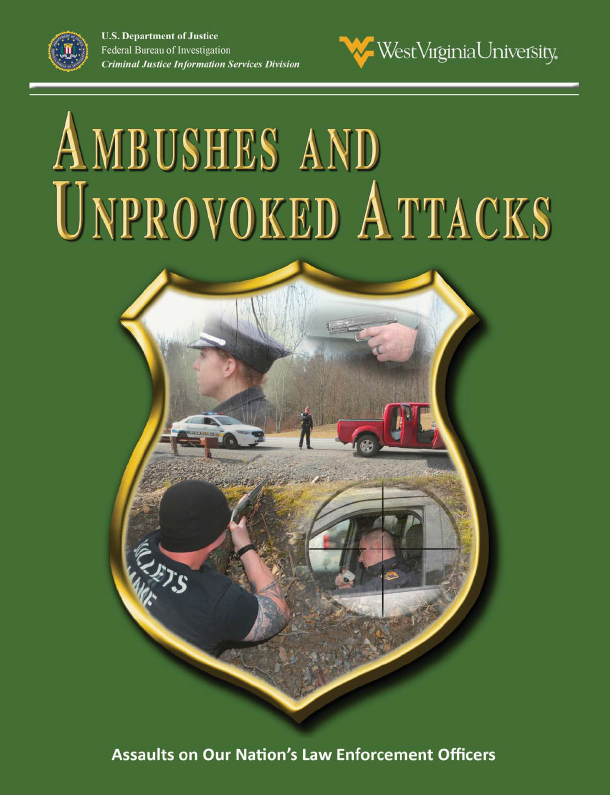 Over a number of years, data collected by the FBI’s Law Enforcement Officers Killed and Assaulted {LEOKA} Program began to demonstrate an alarming trend in the number of officers who were killed in ambushes and unprovoked attacks. While the overall number of officers who were feloniously killed was declining, the percentage of officers feloniously killed during surprise attacks was increasing. The LEOKA Program launched a thorough examination of ambushes and unprovoked attacks in an effort to gain insight into the phenomenon and to provide information to enhance training programs for law enforcement officers. The research focused on the mindset and perceptions of officers involved and offenders who carried out those acts. In particular, why the incidents may have occurred and how those involved reacted to the situation.

Researchers selected incidents that met the LEOKA definitions for ambushes and unprovoked attacks, researched those cases, conducted in-depth interviews of officers and offenders involved in those incidents, and methodically analyzed the interview transcripts for useful information. Participants included both law enforcement officers and offenders who willingly agreed to participate. The officers had survived or witnessed an ambush or an unprovoked attack. The offenders had been tried and convicted of engaging in such incidents on one or more law enforcement officers.

Thirty offenders participated, and the LEOKA research team conducted interviews with them in various prisons throughout the United States. Most of the offenders were male {96.7 percent} and had a history of drug abuse {73.3 percent} and/or alcohol abuse {66.7 percent}. Fifty percent of the sample reported one or more suicide attempts in the past. The transcripts of the interviews with offenders demonstrated that many lived lives of stress and strain, often coming from unstable homes and engaging in criminal activities early in life. From the information gathered from the offenders, the research team identified five overall motives behind their attacks:

Personal-the overall motive for the ambush or unprovoked attack was for personal reasons (to accomplish a personal objective, e.g., avoiding arrest).

Expressive-the overall motive for the ambush or unprovoked attack was related to the offender’s emotionality or experience of crisis-including suicidality.

Economic-the overall motive for the ambush or unprovoked attack was for economic gain.

Political-the overall motive for the ambush or unprovoked attack was political reasons, or to make a political statement.

Social-the overall motive for the ambush or unprovoked attack was for social reasons. As a result of attacking the officer, an offender stood to gain social standing within his circle.

In addition, researchers identified micromotives from the offenders’ interviews. Micromotives are defined as biopsychosocial influences that set the stage for the ambush or unprovoked attacked. These influences could include “the offender’s worldview, or the actual needs, values, or desires that were involved” {Daniels et al., 2016, p. 252}. Examples of the most common micromotives include: Street life {prior criminal involvement}, Substance use {history of drug use}, Prepared for battle {access to or obtaining weapons}, Negative background as a minor {particularly family instability}, Mental state {including cognitive reactions and remorse}, and Escape {from the attack}.

Whatever the impetus for an ambush or unprovoked attack, it is not known ahead of time, and such assaults seem impossible to mitigate. Even so, the analysis of the interviews LEOKA staff conducted with officers and offenders found common subjects that can, at the very least, be discussed and, in some cases, addressed with training. LEOKA staff compiled a list of issues and training suggestions for officers. The discussion includes topics such as altered perceptual acuity, engaging offenders, mental preparation, communication, backup, and the will to survive. Officers also cited specific trainings that they felt directly contributed to their survival.

The appendices present information about the methodologies used in the study, the LEOKA Program itself, and a discussion of human reactions to trauma. The last topic is particularly useful to place the themes of this study in context. In the aftermath of a traumatic event, such as being ambushed or involved in an unprovoked attack, humans respond on four primary levels: physiologically, psychologically, behaviorally, and spiritually. All of these aspects are interrelated, so a negative response in one area may have a negative impact in another area. Despite receiving injuries and being psychologically and spiritually traumatized, people can develop effective coping strategies by relying on the resources in their environment. Such resources may include family, friends, coworkers, the community, one’s religious/spiritual community and beliefs, and professional counselors and psychologists.

The officers, LEOKA staff, researchers from West Virginia University {WVU}, and others involved in this study have spent hundreds of hours in sharing and gathering information, reviewing thousands of pages of case reports and interview transcripts, and preparing the results. As many of the officers shared during their interviews, they hope their experiences will help other officers by impacting the discussion and training practices concerning these surprise assaults. While ambushes and unprovoked attacks cannot be prevented entirely, hopefully, with the help of what has been learned from this study, officers can go into the field with a greater understanding of why these attacks occur, specific circumstances in which they have occurred, and what some officers have done to survive the attacks and handle the aftermath. 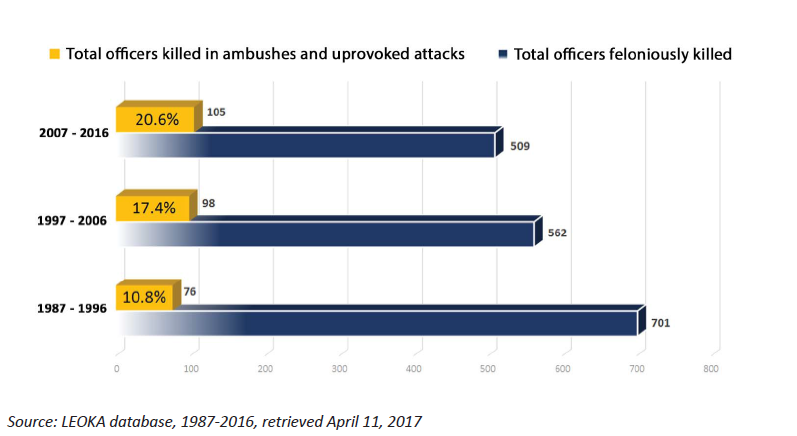 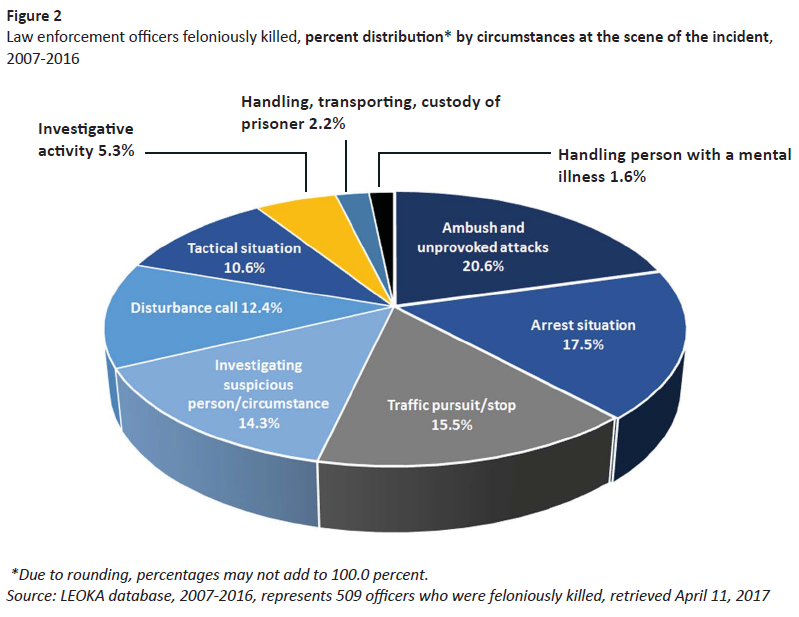 Race
• 12 offenders were Black or African-American.
• 9 offenders were White.
• 6 were Asian/Native Hawaiian/Other Pacific Islander.
• 2 were American Indian/Alaska Native.
• 1 offender did not report race.

Average ages
• 28 years old at the time of the attacks was the average age of the offenders.
• Offenders’ ages ranged from 16 to 55 years.

• 9 offenders neither graduated from high school nor earned a GED®.
• 3 offenders did not report their educational level.

Employment
• 17 offenders reported they were employed at the times of the assaults. o 4 were laborers.
o 1 was a technician.
o 1 was in a service occupation
o 11 offenders described their employment as “other.”
• 1 offender was a student
• 10 offenders were unemployed.
• 2 offenders did not respond to this question.

Suicide
• 15 of the 30 offenders reported they had attempted suicide one or more times prior to the ambush.
• The number of attempts reported for each offender ranged from 1 attempt to as many as 20 attempts.

Prior criminal involvement
Offenders in this study reported numerous encounters with law enforcement prior to the ambush or unprovoked attack.