The following alert was originally published in an article by Yahoo News on August 29, 2016. 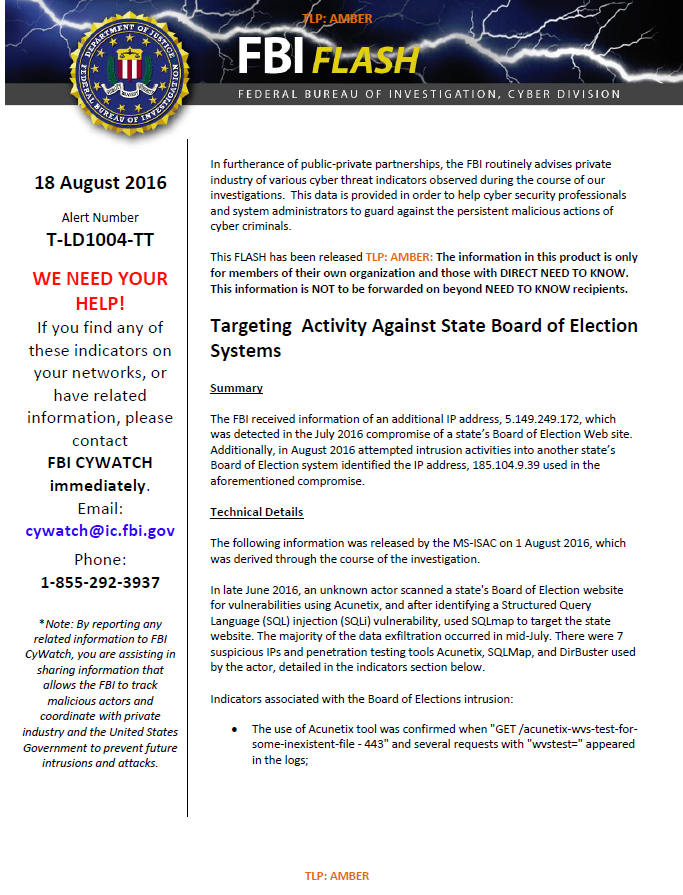 Targeting Activity Against State Board of Election Systems

The following information was released by the MS-ISAC on 1 August 2016, which was derived through the course of the investigation.

In late June 2016, an unknown actor scanned a state’s Board of Election website for vulnerabilities using Acunetix, and after identifying a Structured Query Language (SQL) injection (SQLi) vulnerability, used SQLmap to target the state website. The majority of the data exfiltration occurred in mid-July. There were 7 suspicious IPs and penetration testing tools Acunetix, SQLMap, and DirBuster used by the actor, detailed in the indicators section below.
Indicators associated with the Board of Elections intrusion:

The FBI is requesting that states contact their Board of Elections and determine if any similar activity to their logs, both inbound and outbound, has been detected. Attempts should not be made to touch or ping the IP addresses directly.