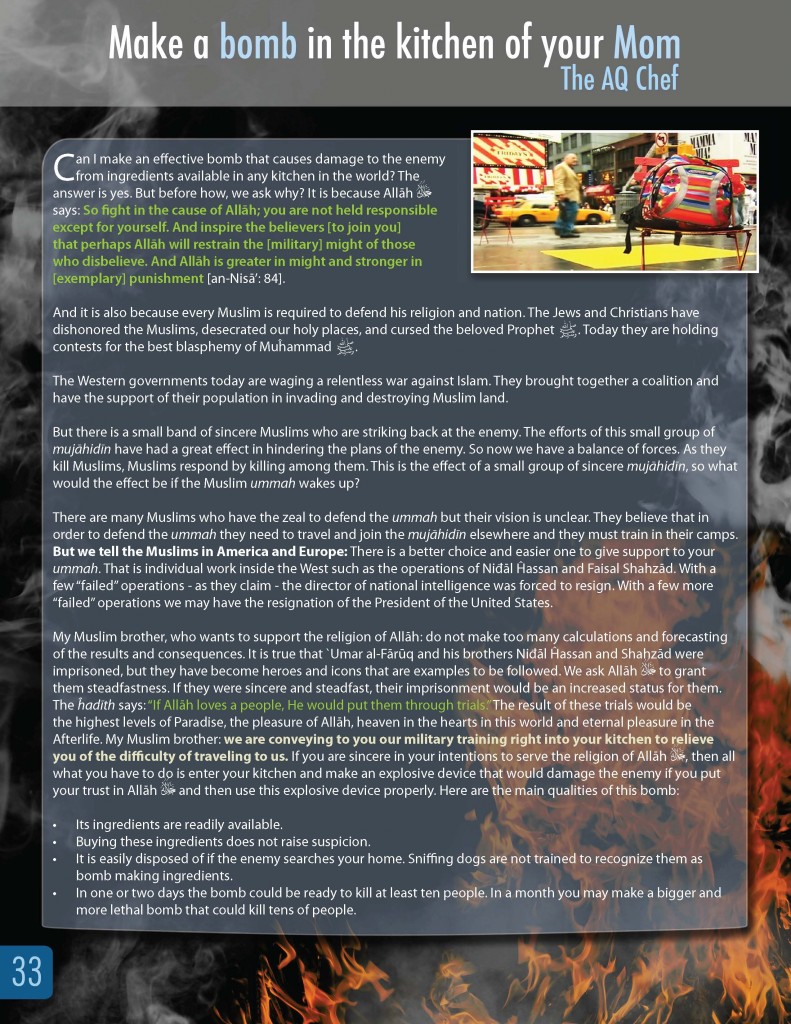 The first page of the Inspire magazine article "Make a Bomb in the Kitchen of Your Mom".

Earlier this week, the owner of a WordPress-based blogging platform Blogetery.com was informed by the site’s hosting provider Burst.net that their servers had been deactivated following a request from the Federal Bureau of Investigation.  Although preliminary reports attributed this takedown to copyrighted content, it has since been discovered that the removal was due to “terrorist materials”. A press release from BurstNet explains “Upon review, Burst.net determined that the posted material, in addition to potentially inciting dangerous activities, specifically violated the BurstNet Acceptable Use Policy.  This policy strictly prohibits the posting of ‘terrorist propaganda, racist material, or bomb/weapon instructions’. Due to this violation and the fact that the site had a history of previous abuse, BurstNet elected to immediately disable the system.”  Burst.net later posted comments to a forum indicating that they would not allow the customer access to his data.  “We cannot give him his data nor can we provide any other details. By stating this, most would recognize that something serious is afoot.”

“They have to go through the legal system,” Marr said. “A judge has to issue an order.”

Marr said the FBI contacted Burst.net and sent a Voluntary Emergency Disclosure of Information request. The letter said terrorist material, which presented a threat to American lives, was found on a server hosted by Burst.net and asked for specific information about the people involved.

In the FBI’s letter, the agency included a clause that says Web hosts and Internet service providers may voluntarily elect to shut down the sites of customers involved in these kinds of situations. The Burst.net employee who handled the request erroneously believed that the FBI would want to seize the customer’s server and thus the employee cut off service to Blogetery. Marr said the FBI, however, never asked for the server.

Marr said that regardless of the mix-up, Blogetery’s service was terminated because bomb-making tips and a “hit list” are an obvious and absolute violation of its terms of service.

The FBI’s request invoked 18 USC 2702, a portion of federal law that allows providers to voluntarily disclose information to police in some circumstances.

The specific “terrorist material” that initiated this request happens to be Inspire magazine, a strange publication that is supposedly a production of Al-Qaeda in the Arabian Peninsula.  One article in the purported terrorist publication, sardonically titled “Make a Bomb in the Kitchen of Your Mom” gives extremely rudimentary instructions on how to construct an explosive device, which is the reported origin of the claim that Blogetery.com was hosting “bomb-making instructions”. 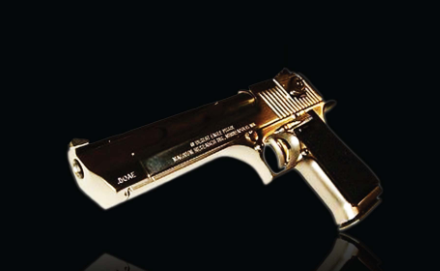 A Desert Eagle handgun featured on page 25 of the Inspire magazine.

The takedown also occurs amid growing criticism of the publication’s authenticity.  We have repeatedly emphasized that we are highly skeptical of the publication, and we are particularly troubled by its original release containing 64 pages of cupcake recipe fragments.  The author of the recipe document that was used to create these 64 pages is an American cookbook author who, quite coincidentally, has the name Dulcy Israel.  The SITE Intelligence Group, which has been widely quoted as confirming the document’s authenticity, was co-founded and is run by Rita Katz, whose father was executed for being an Israeli spy when she was a child growing up in Iraq.  A number of Dutch sources have also noted that a gun appearing prominently on page 25 of the document is a Desert Eagle, a handgun manufactured in Israel by Israeli Military Industries (now Israeli Weapons Industries) which produces arms for the IDF.

FoxNews and several other outlets are reporting that Inspire magazine is “edited” by a twenty-four year old named Samir Khan, a “web-savvy radical from Charlotte, N.C.”  However, all the reports attribute the claim to unnamed “U.S. intelligence officials”.

We continue to offer the complete Inspire magazine for download, as well as the original “corrupted” file with cupcake recipes intact.