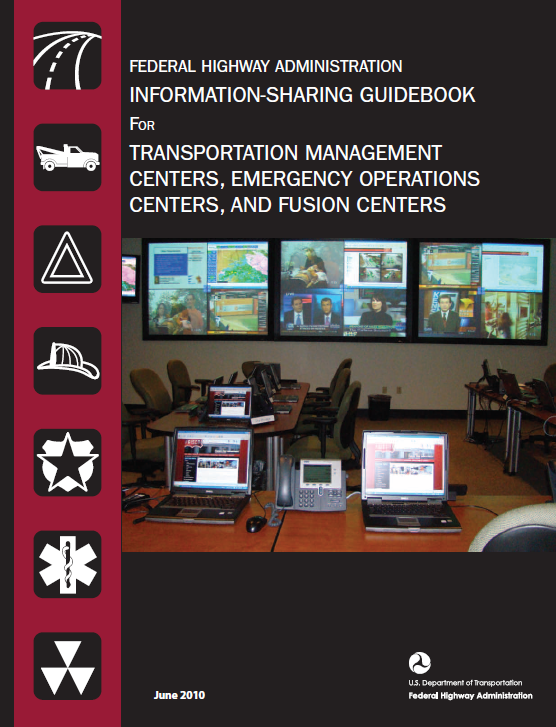 Transportation management centers (TMCs) exist in many large population and traffic concentration areas across the country to manage and enhance the efficient operation, safety, and health of major metropolitan and regional transportation networks and corridors. TMCs perform a wide variety of transportation management functions, depending on the authority and capability vested in the centers. Table 1-1 lists the most common TMC functional areas.

The extent of the leading and supporting roles of TMCs in these functional areas varies depending on specific jurisdictional situations, incidents, or emergencies. TMCs are also sometimes referred to as traffic management centers or transportation or traffic operations centers (TOCs). While there is no standard definition for these terms, those referred to as transportation rather than traffic may have a multi-modal focus—not just a roadway focus. Those centers referred to as operations rather than management centers may have a larger role in overall transportation operations, including incident management, through a more fully integrated team with law enforcement and other emergency responders as well as other proactive response functions such as operating a safety/service patrol.

Emergency operations centers (EOCs) exist in some form in virtually every State and local jurisdiction in the country. Their primary roles include management of and response to emergencies of all kinds that threaten or result in significant impact on public health and safety, infrastructure, commerce, and/or national security. EOCs typically are communications centers and physical locations where responsible government officials, along with law enforcement, fire, emergency medical services (EMS), and infrastructure management authorities, gather to coordinate emergency response. EOCs usually define and tier coordination and leadership roles along jurisdictional lines, and full operations of these centers are “stood up” according to defined criteria for declaring emergency conditions. Table 1-2 lists the most common EOC functional areas. 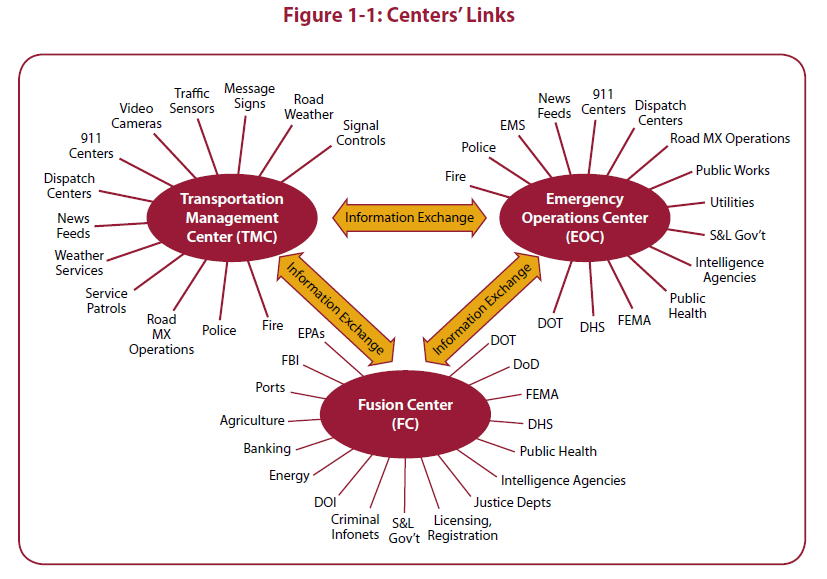