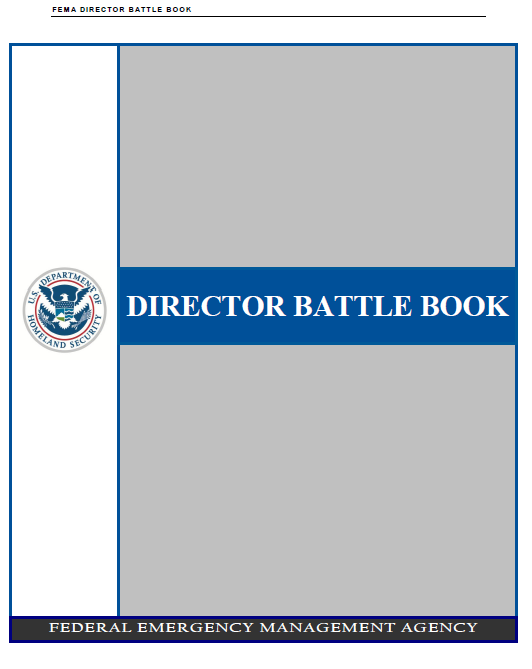 The purpose of this ―battle book is to provide the FEMA Director with background information and recommended checklist actions on scenarios that may require a significant response operation under the National Response Plan. This document is intended to serve as a ―one stop reference that includes information on the agency’s emergency teams and resources.