Thinking of Starting an Anonymous Shell Company? Try the U.S. or Canada 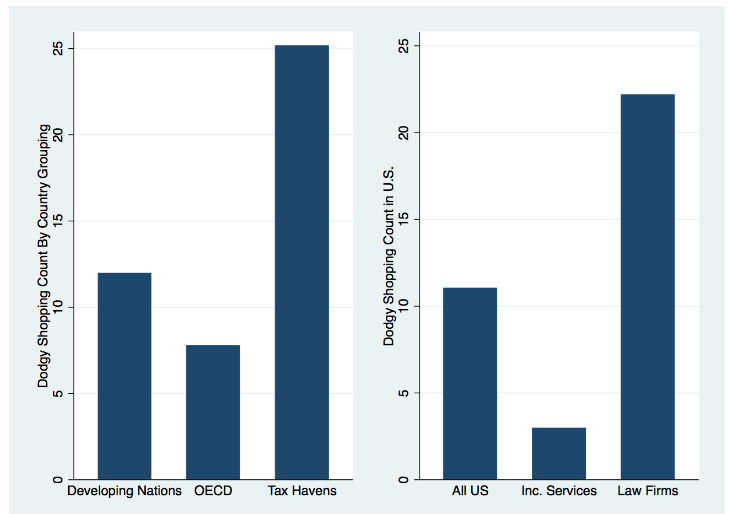 A chart from the recent study “Global Shell Games” comparing the compliance levels for the establishment of corporations in various countries. The higher the value, the more compliant the country is with international regulations according to the study’s findings.

If you’re trying to set up an untraceable shell corporation, your best bet may no longer be a tax haven or some far away island nation.  According to a surprising new study, developed countries like the U.S. and Canada are among the easiest places in the world to set up the kind of anonymous shell corporation that could be used for money laundering, terrorist financing and other nefarious activities.  In contrast, known tax havens like the Seychelles, Bahamas and the Cayman Islands all present far more obstacles to the establishment of untraceable corporate structures due to their more stringent compliance with international regulations.  In fact, the study found that U.S.-based incorporation services provide one of the easiest routes to establishing an anonymous shell corporation, with only Kenya surpassing the U.S. in terms of noncompliance.

For their study “Global Shell Games: Games: Testing Money Launderers’ and Terrorist Financiers’ Access to Shell Companies”, researchers from the University of Texas at Austin, Brigham Young University and Griffith University in Australia sent more than “7,400 email solicitations to more than 3,700 Corporate Service Providers that make and sell shell companies in 182 countries” in a systematic study of the global possibilities for establishing shell corporations.  International regulations require that corporate service providers obtain notarized identity documents from customers and apply “enhanced scrutiny to customers with a high-risk profile.”  Conventional wisdom stipulates that developed countries, such as members of the Organisation for Economic Co-operation and Development (OECD), are much more likely to comply with international regulations.  However, the study found that countries traditionally considered to be tax havens or secrecy jurisdictions are actually far more likely to comply with requirements to confirm the identities of their customers and scrutinize suspicious customers potentially linked to terrorism financing.  The Cayman Islands, Isle of Man, Seychelles and Bahamas were among the highest-rated countries with zero instances of noncompliance encountered by researchers.  The U.S., Canada, Ireland, Australia and U.K. were all among the lowest-rated countries in terms of compliance, sharing a similar ranking to countries like Ghana, Lithuania and Kenya.  U.S. incorporation services were found to be among the least compliant globally, particularly those located in Delaware and Nevada.

The researchers also posed as “would-be money launderers, corrupt officials, and terrorist financiers” to assess whether the formation of entities that would potentially be associated with money laundering or terrorism would trigger increased scrutiny.  Though corporate service providers were “more vigilant with potential terrorists . . . they asked for identity documents at significantly lower rates, and sometimes explicitly offered anonymous incorporation.”  The study’s authors found that “customers who should be obvious corruption and terrorism financing risks to any provider exhibiting any risk-sensitivity are still regularly offered untraceable shell companies” in many jurisdictions around the world.  Corporate service providers are “relatively indifferent to coaching and the prospect of penalties . . . and a significant proportion can be bribed to flout international rules.”  One provider reportedly told a terrorist financing risk customer: “It sounds like you want to form your company anonymously with the State, is that correct? We can do that for an extra $25. If we are just setting up a Corporation for you and that’s it we don’t require any documents from you at all.”  Informing the corporate service providers “about the rules they should be applying made them no more likely to do so” and the researchers found that “offering to pay providers a premium not to apply the rules did in fact encourage significantly fewer providers to follow these rules.”

In their conclusion, the researchers state that one of the most significant findings from the study was that poorer countries often enforce standards better, indicating that “it does not seem to be particularly expensive to enforce the rules on shell companies”, but that “the relatively lackluster performance in rich countries reflects a simple unwillingness to enforce the rules, rather than any incapacity.” 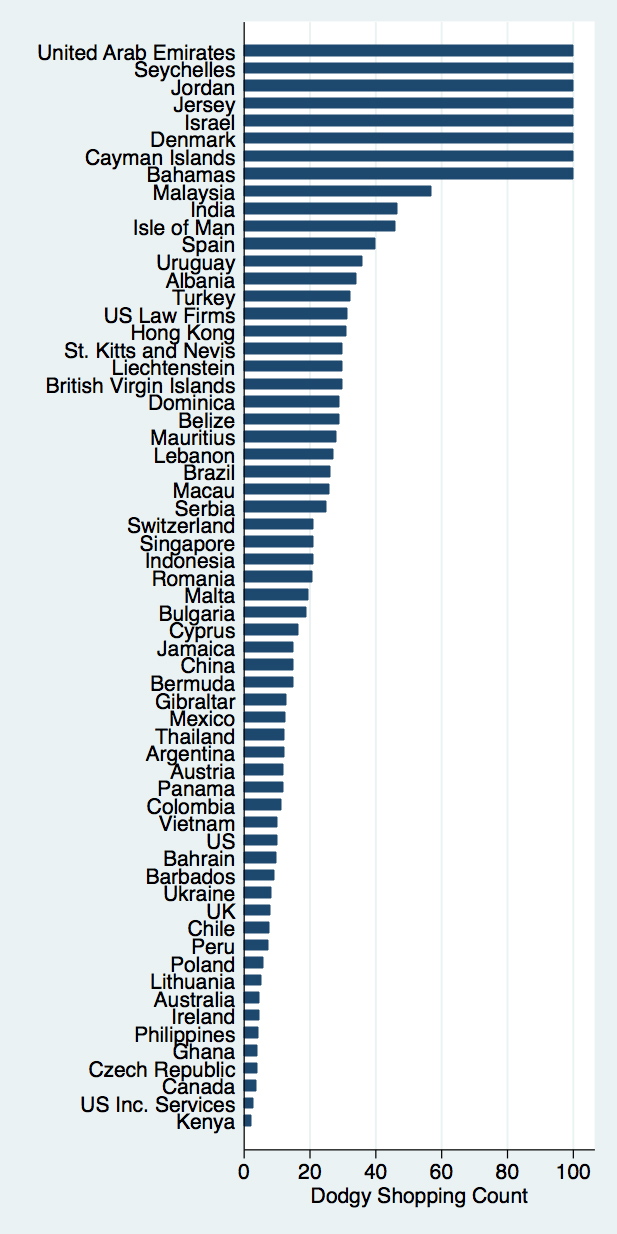 Countries ranked in terms of the compliance levels found in the study. The greater the value, the higher the country’s level of compliance with international regulations.