Homeland Security Guidance for Response to a Nuclear Detonation 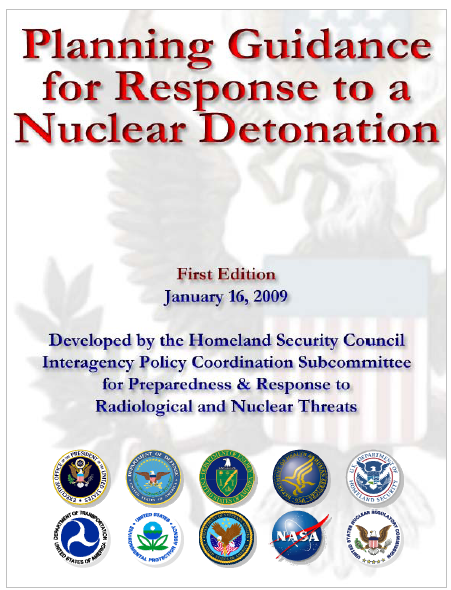 One of the most catastrophic incidents that could befall the United States (US), causing enormous loss of life and property and severely damaging economic viability, is a nuclear detonation in a US city. It is incumbent upon all levels of government, as well as public and private parties within the US, to prepare for this incident through focused nuclear attack response planning. Nuclear explosions present substantial and immediate radiological threats to life. Local and State community preparedness to respond to a nuclear detonation could result in life-saving on the order of tens of thousands of lives.

The purpose of this guidance is to provide emergency planners with nuclear detonation specific response recommendations to maximize the preservation of life in the event of an urban nuclear detonation. This guidance addresses the unique effects and impacts of a nuclear detonation such as scale of destruction, shelter and evacuation strategies, unparalleled medical demands, management of nuclear casualties, and radiation dose management concepts. The guidance is aimed at response activities in an environment with a severely compromised infrastructure for the first few days (e.g., 24 – 72 hours) when it is likely that many Federal resources will still be en route to the incident. 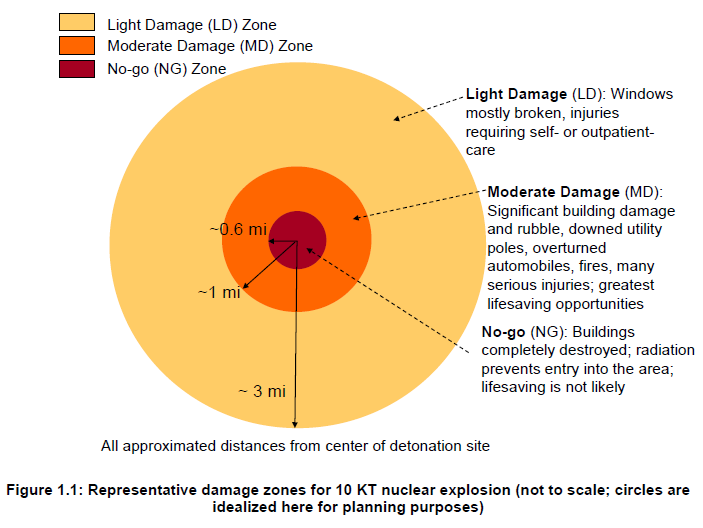