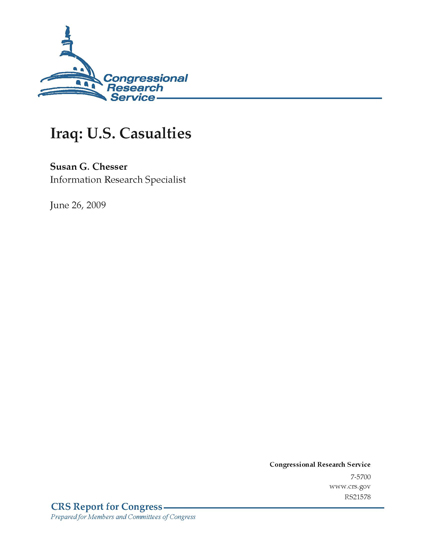 The following casualty data were compiled by the Department of Defense (DOD), as tallied from the agency’s press releases. Table 1 provides statistics on fatalities during Operation Iraqi Freedom, which began on March 19, 2003, and is ongoing, as well as on the number of fatalities since May 1, 2003, plus statistics on those wounded, but not killed, since March 19, 2003. Statistics may be revised as circumstances are investigated and as all records are processed through the U.S. military’s casualty system. More frequent updates are available at DOD’s website at http://www.defenselink.mil/news/ under “Casualty Update.”

A detailed casualty summary that includes data on deaths by cause, as well as statistics on soldiers wounded in action, is available at DOD’s website at http://siadapp.dmdc.osd.mil/personnel/CASUALTY/castop.htm.