The following is an executive summary of a larger report that is not available to the public.  The summary was published in June 2013 by the CNA Corporation. 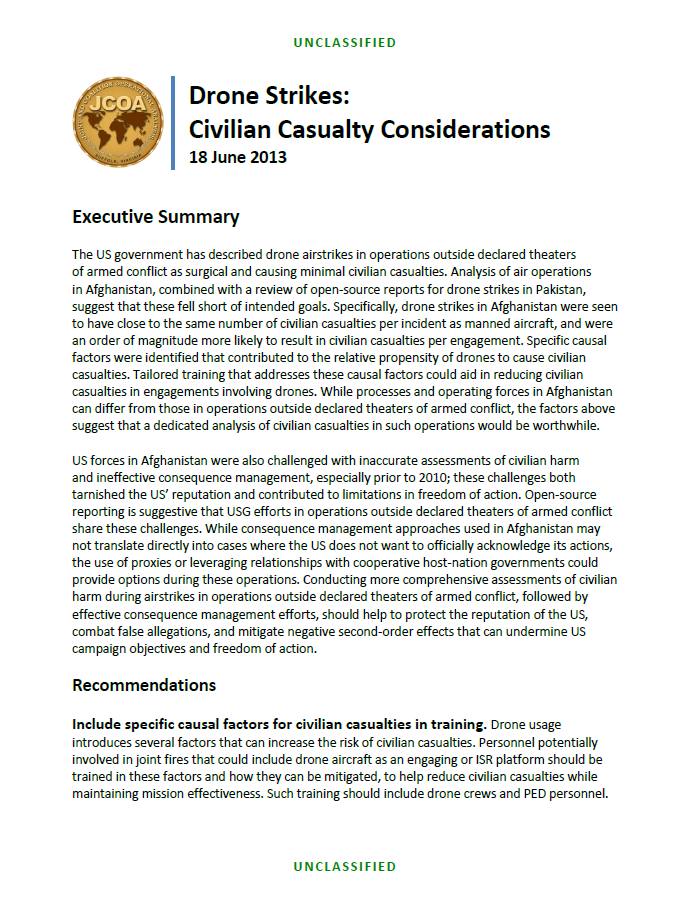 US forces in Afghanistan were also challenged with inaccurate assessments of civilian harm and ineffective consequence management, especially prior to 2010; these challenges both tarnished the US’ reputation and contributed to limitations in freedom of action. Open-source reporting is suggestive that USG efforts in operations outside declared theaters of armed conflict share these challenges. While consequence management approaches used in Afghanistan may not translate directly into cases where the US does not want to officially acknowledge its actions, the use of proxies or leveraging relationships with cooperative host-nation governments could provide options during these operations. Conducting more comprehensive assessments of civilian harm during airstrikes in operations outside declared theaters of armed conflict, followed by effective consequence management efforts, should help to protect the reputation of the US, combat false allegations, and mitigate negative second-order effects that can undermine US campaign objectives and freedom of action.