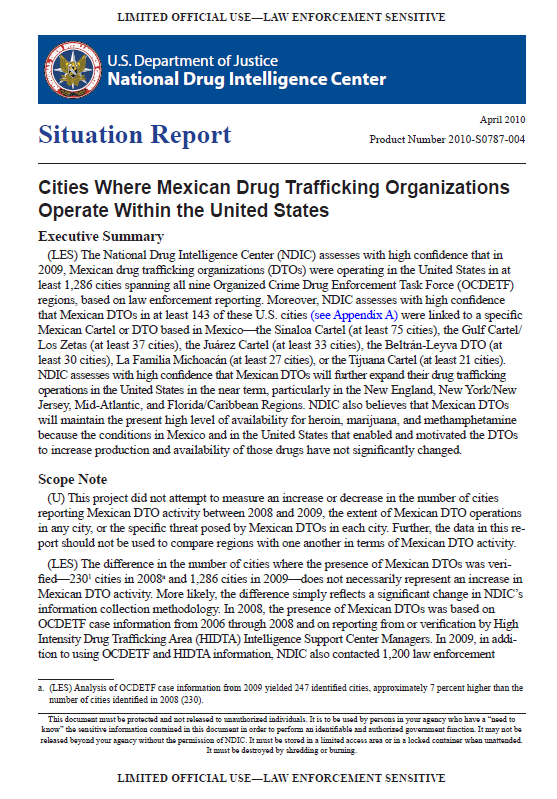 The National Drug Intelligence Center (NDIC) assesses with high confidence that in 2009, Mexican drug trafficking organizations (DTOs) were operating in the United States in at least 1,286 cities spanning all nine Organized Crime Drug Enforcement Task Force (OCDETF) regions, based on law enforcement reporting. Moreover, NDIC assesses with high confidence that Mexican DTOs in at least 143 of these U.S. cities (see Appendix A) were linked to a specific Mexican Cartel or DTO based in Mexico—the Sinaloa Cartel (at least 75 cities), the Gulf Cartel/Los Zetas (at least 37 cities), the Juárez Cartel (at least 33 cities), the Beltrán-Leyva DTO (at least 30 cities), La Familia Michoacán (at least 27 cities), or the Tijuana Cartel (at least 21 cities). NDIC assesses with high confidence that Mexican DTOs will further expand their drug trafficking operations in the United States in the near term, particularly in the New England, New York/New Jersey, Mid-Atlantic, and Florida/Caribbean Regions. NDIC also believes that Mexican DTOs will maintain the present high level of availability for heroin, marijuana, and methamphetamine because the conditions in Mexico and in the United States that enabled and motivated the DTOs to increase production and availability of those drugs have not significantly changed. 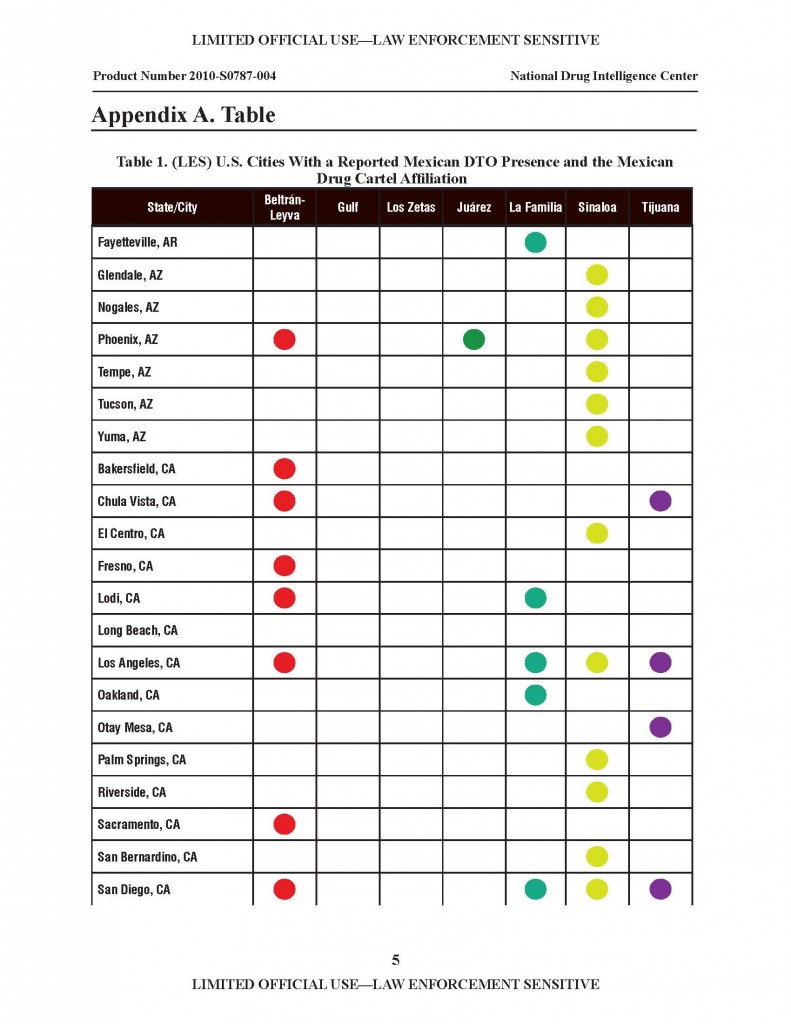 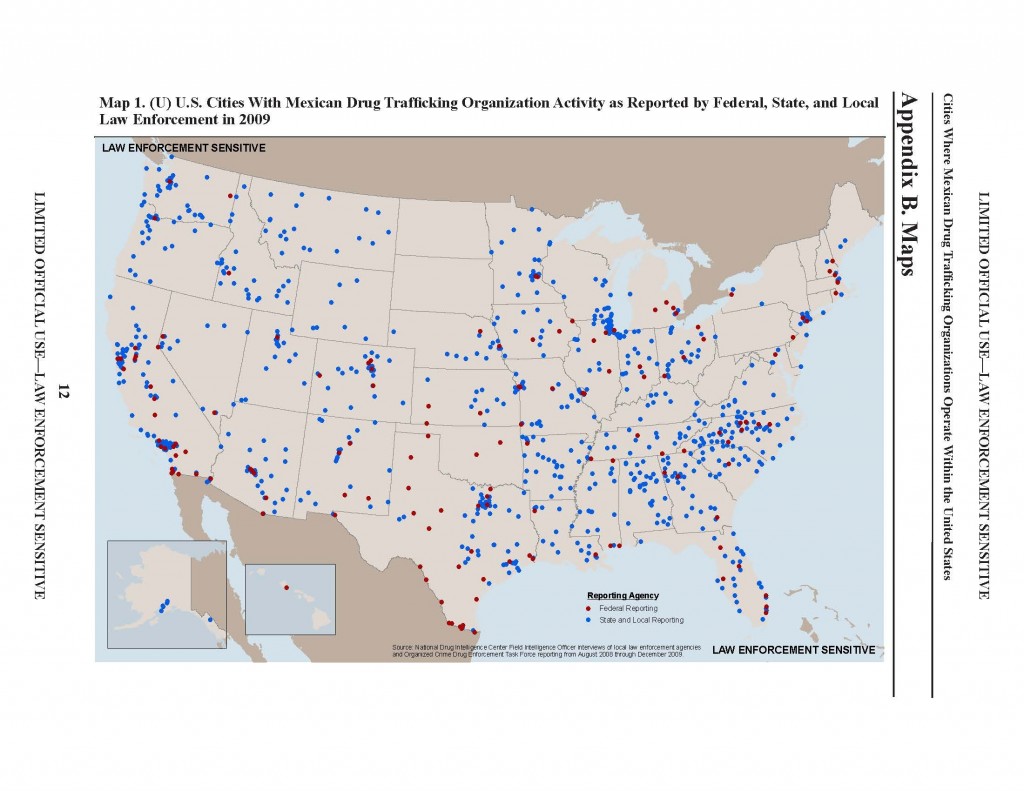 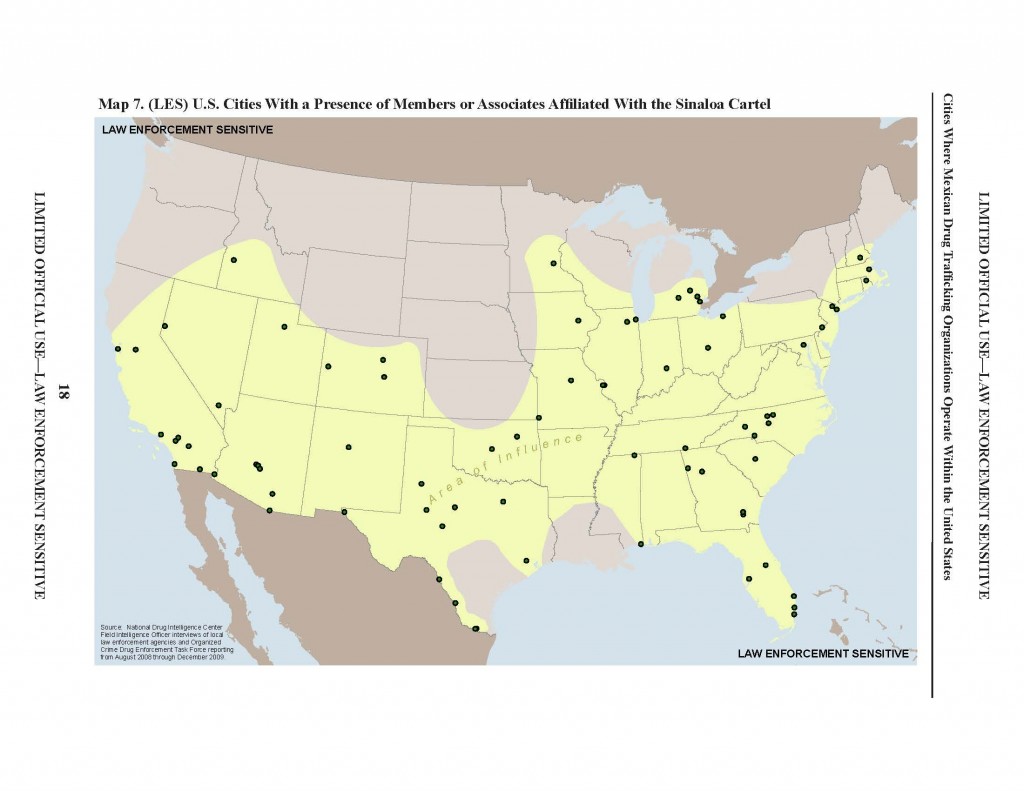