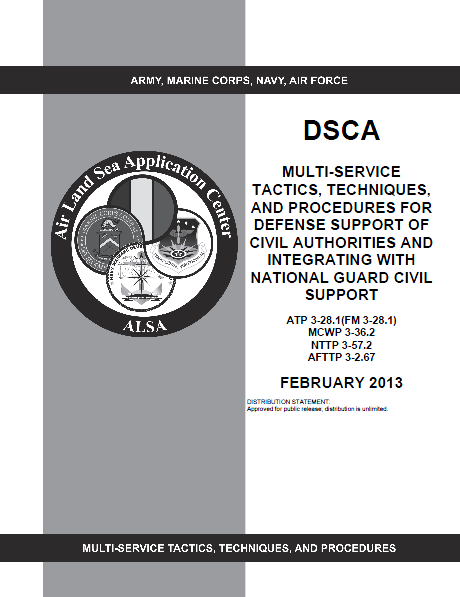 This publication identifies multi-Service tactics, techniques, and procedures (MTTP) for Defense Support of Civil Authorities (DSCA) and Integrating with National Guard Civil Support. It sets forth MTTP at the tactical level to assist the military planner, commander, and individual Service forces in the employment of military resources in response to domestic emergencies in accordance with United States (US) law. This MTTP focuses on planning, preparation, execution, and assessment of DSCA operations conducted within the US and its territories.

Multi-Service Tactics, Techniques, and Procedures (MTTP) for Defense Support of Civil Authorities (DSCA) and Integrating With National Guard Civil Support (NGCS) describes Title 10, United States Code (U.S.C.), military involvement in DSCA as they operate unilaterally or jointly with National Guard (NG) forces in civil support (CS) environments. Military (operating under all authorities) and civilian after-action reports identify the need for expanded joint military and interagency procedures to enhance military and civil interoperability. For DSCA operations to be effective, active, reserve and NG personnel operating under differing military authority should understand the integration of duties and legal limitations as they interact with civilian agencies at the tactical level. 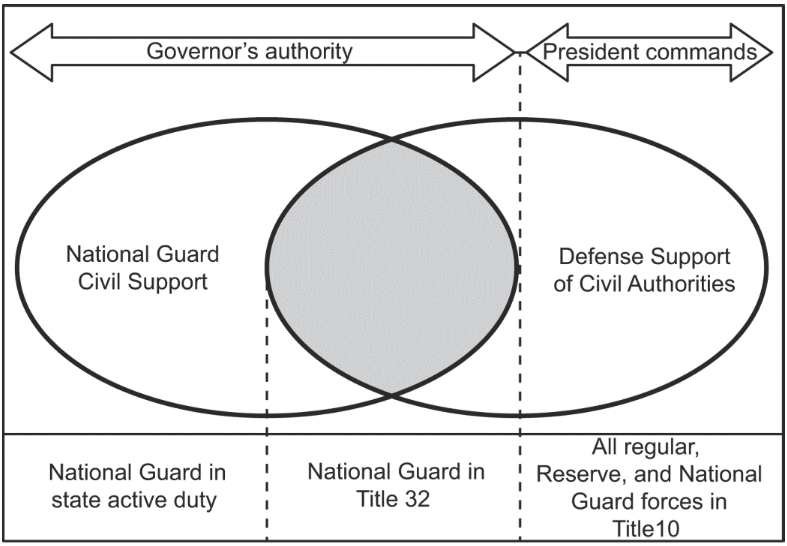 Table 4. Rules for the Use of Force Card Template

• Automatic firing is not authorized at any time.
• Personnel who are armed must be trained, qualified, and tested on the type of weapon issued, in accordance with (IAW) current qualification standards.
• Arms and ammunition will be secured at all times IAW appropriate regulations and policies.
Military weapons will not be secured in private dwellings at any time. Military weapons will not be transported in privately owned vehicles.
• There will be no deployment of automatic weapons , shotguns, riot batons, or riot control agents, except upon expressed order of the adjutant general (TAG).
• Rounds will be chambered only on order of the commander/senior officer/senior noncommissioned officer (NCO) present.
• Only ball ammunition will be issued. Armor piercing rounds will not be issued. Blank ammunition will not be issued or fired.

Changes To RUF. These RUF shall not be changed except upon order of TAG.

Acceptable Missions. Be prepared to conduct civil disturbance missions. Some examples of acceptable missions are:

• Always present a neat military appearance and behave in a manner that will be a credit to the unit, the National Guard (NG), and the State.
• Civilian police make arrests, but military forces can, if necessary, take into temporary custody rioters, looters, or other persons committing serious crimes. Deliver such persons to the police or to designated military authorities as soon as possible.
• Avoid causing damage to private property unless reasonably necessary to perform the assignment.
• Adhere to the arming orders issued by the chain of command.
• Be courteous to civilians to the maximum extent possible under existing conditions.
• Be respectful to civilians, including those in custody. Provide or arrange to deliver prompt medical attention to persons who are in reasonable need.
• Do not discuss the operation with others or otherwise violate operational security.
• Allow properly identified reporters, radio and television personnel to move freely throughout the area unless they interfere with the mission or create a substantial risk of harm to Service members or others. Do not discuss the mission with members of the media in the absence of a public affairs officer or the commander. 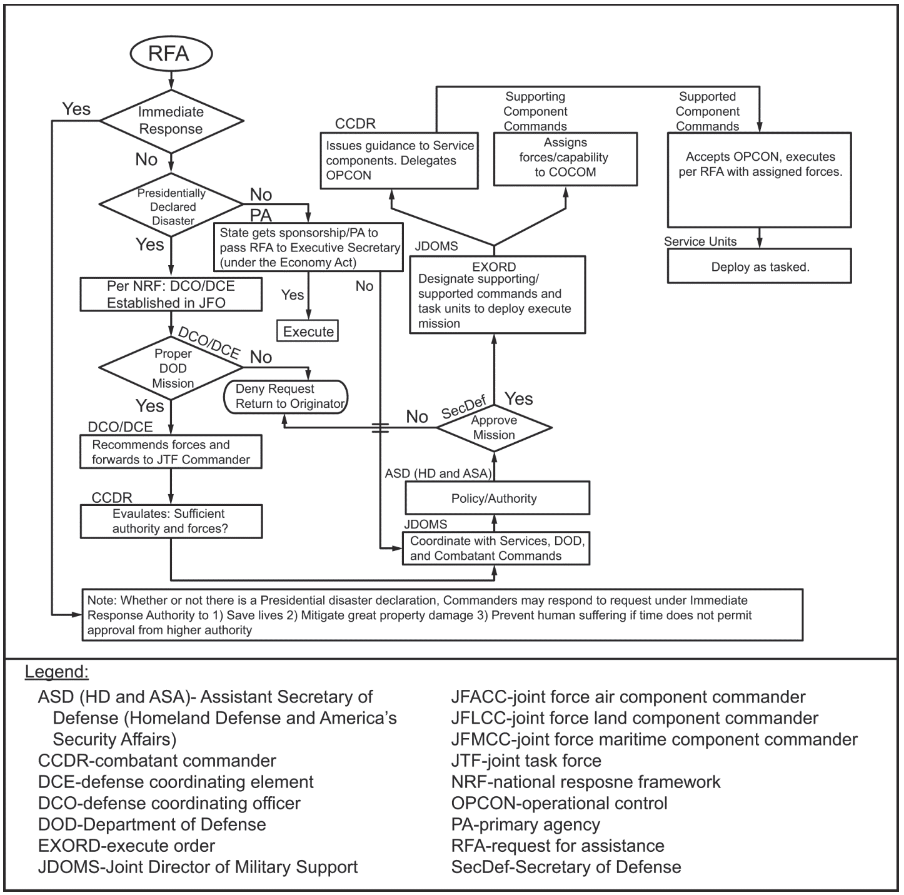