The Nationwide Wireless Priority Service (WPS) is a system in the United States that allows high-priority emergency telephone calls to avoid congestion on wireless telephone networks. This complements the Government Emergency Telecommunications Service (GETS), which allows such calls to avoid congestion on landline networks. The service is overseen by the Federal Communications Commission and administered by the National Communications System in the Department of Homeland Security.12

During a local or national emergency, wireless telephone networks are likely to become congested with calls. Even absent emergencies, some towers and networks receive more calls than they can handle. WPS allows high-priority calls to bypass that congestion and receive priority. The system is authorized only for use by National Security and Emergency Preparedness personnel, classified into five categories:

Unlike the GETS system, which provides landline priority telephone calls, participation in the WPS system is optional for telephone companies. As such, support is only available on selected networks and usually requires additional fees for activation, availability, and use.

Although the system is said to ensure a high probability of call completion, it is not without serious limitations. The WPS will not preempt calls in progress, so the user will have to wait for bandwidth to open. It is also not yet supported by all carriers. In order for a call to work, telephone infrastructure must be powered and functioning. Finally, a call that receives priority using WPS does not automatically get priority on landline networks. Therefore, congestion on the Public Switched Telephone Network may prevent the call from completion unless the user makes additional steps to access the GETS service for landline calls as well. Because of these and other limitations, the WPS explicitly does not guarantee call completion.3

Before using the system, each user must receive authorization from the National Communications System and subscribe to the service with a participating provider. Once authorized, a user simply needs to dial the vertical service code of “*272” to receive priority consideration on the wireless network.

Dial *272 before any call, including a GETS call. 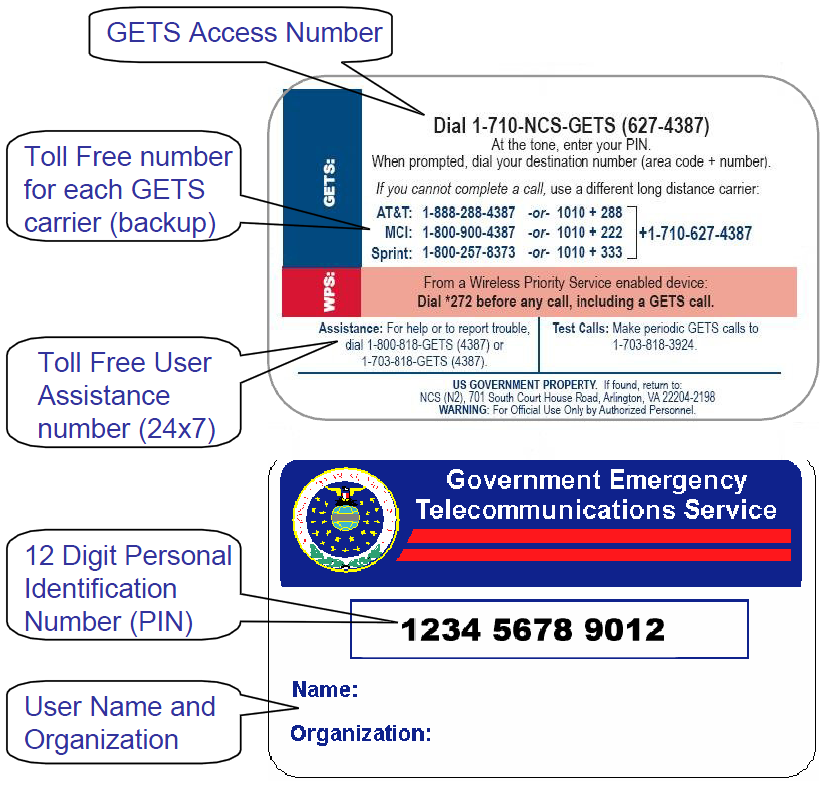 Individuals in executive leadership and policy making roles. Examples include the President of the United States, the Secretary of Defense, selected military leaders, state governors and lieutenant governors, members of Congress, cabinet level officials, mayors and county officials, and a minimum number of senior support staff.

Individuals key to managing the initial response to an emergency at the local, state, regional, and Federal levels as well as personnel essential to continuity of government and national security functions. Examples include Federal and state emergency operations center coordinators.

Individuals responsible for managing not only public works and utility infrastructure damage assessment and restoration efforts, but also transportation services for emergency response activities. Examples include US Army Corps of engineers; telecommunications, power, water, and sewage utilities; and transportation leadership.