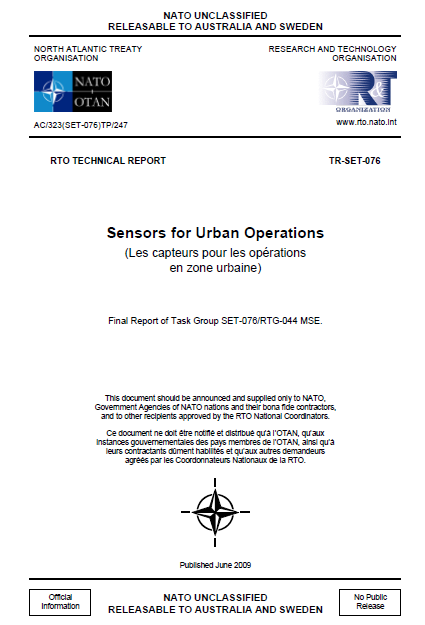 Sensor requirements were derived from an IST-046 document on information requirements. These information needs were then categorized by mission area. Descriptions of applicable technologies were collected to evaluate against the information requirements. A workshop was held at the Defence College of Management and Technology (DCMT) in Shrivenham, UK in 2006 to evaluate various technologies. Both user/military and technology representatives were invited to the workshop to allow for the broadest interpretation of the utility of the sensors for solving a particular problem.

Through this study, the team determined that the single most important research area is multi-sensor integration: figure out how to make multiple, orthogonal sensors work together. No single sensor can solve the problem on its own. Using multiple modalities to gain deeper insight is necessary to better understanding the current situation. Furthermore, finding ways to make the sensors cooperate such that one sensor provides information to another sensor to increase its ability to make decisions is critical.

As multiple sensors are integrated to perform tasks together, size, weight and power will become even more critical than they are today. No military platform, whether that is a soldier, a vehicle, or an aircraft, can afford to add capabilities without reducing the size and complexity of existing sensors. Finding novel ways to power those systems, especially for soldier systems, is absolutely crucial.

Increasingly NATO nations are being involved in military operations that are radically different from traditional scenarios, and that involve operations in towns and cities that may be occupied by a combination of non-combatants and hostile forces. This will lead to requirements for new concepts of operations to be developed, and the impact of novel sensors, or novel ways of deploying or using existing sensors to be investigated. Previous studies have looked at the requirements for operations in this new theatre but have not addressed sensor characteristics or limitations specifically.

SET-076 set out to investigate what sensors would be best utilized in an urban environment. 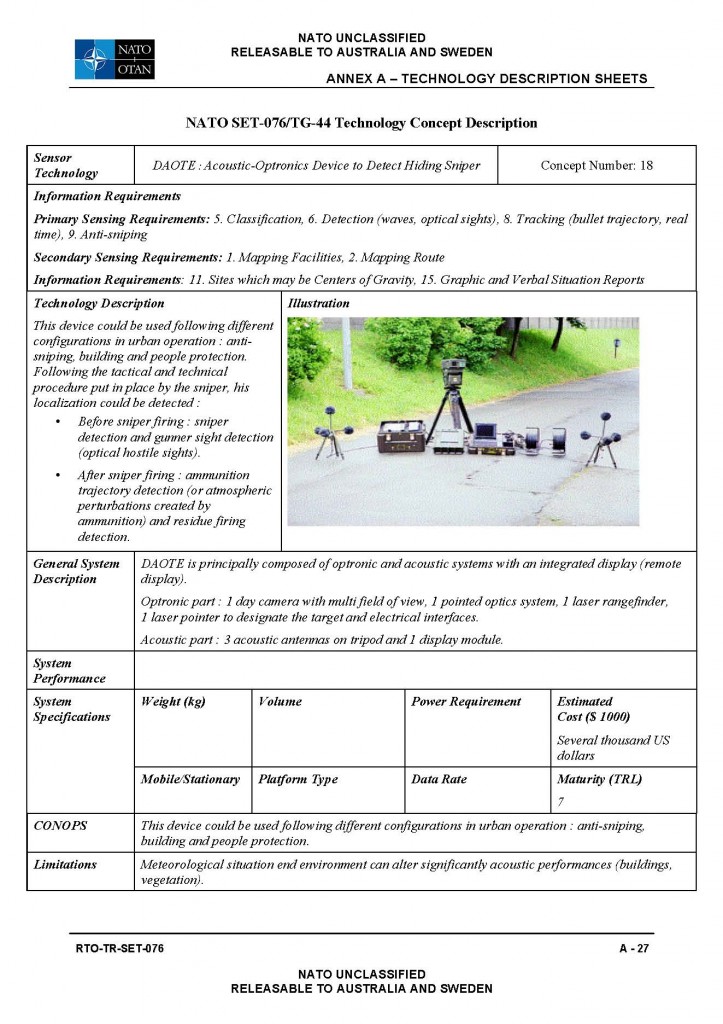 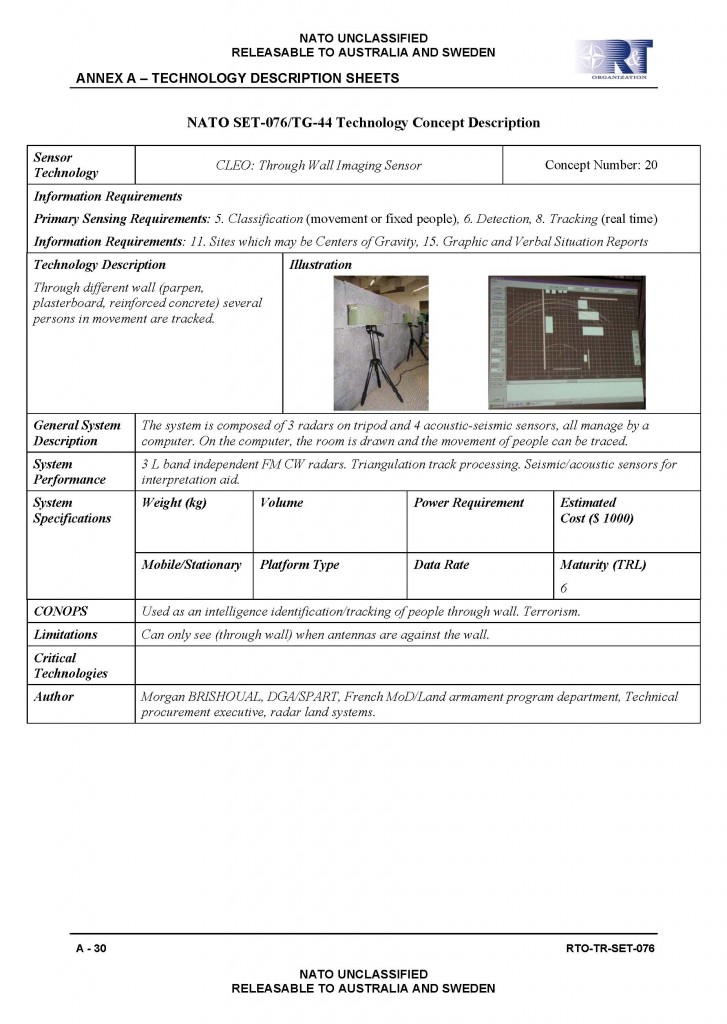 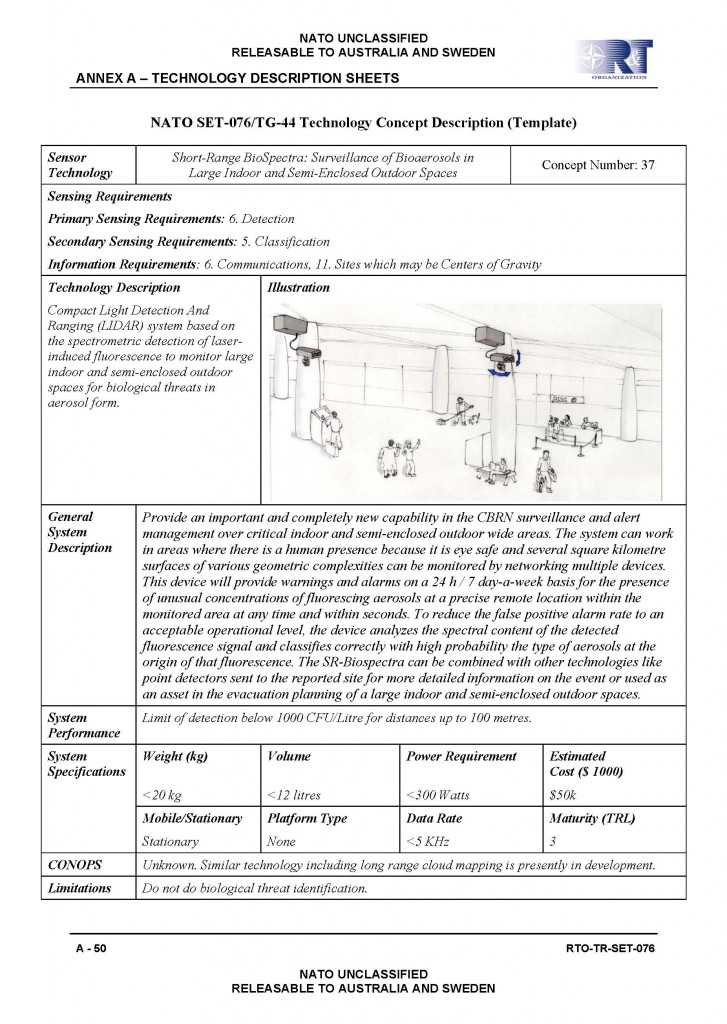