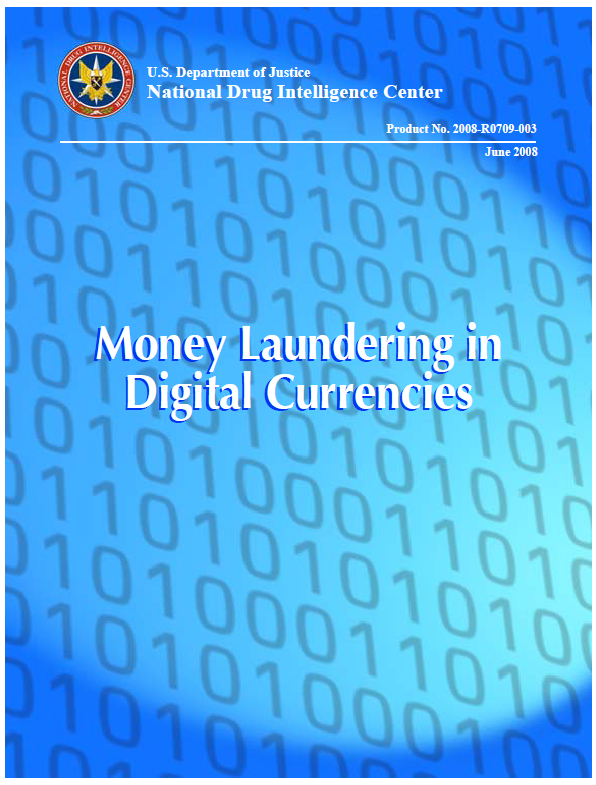 Digital currencies provide an ideal money
laundering instrument because they facilitate
international payments without the
transmittal services of traditional financial
institutions. Such currencies allow direct
access to a remote payment mechanism and
can be used to launder illicit funds by sending
instant international remittances via the Internet.
Many components of the digital currency
system are incorporated in offshore and foreign
jurisdictions not subject to U.S. regulations;
however, their services are accessed in the
United States through the Internet. As such,
transactions can be completed with less fear of
documentation, identification, or law enforcement
suspicion. Such emerging electronic payment
systems are vulnerable to money
laundering and terrorist financing.

Digital currencies are privately owned
online payment systems that allow international
payments, which are often denominated
in the standard weights for gold and
precious metals. Each digital currency functions
as one transnational currency; however,
none of these are recognized as currencies by
the U.S. government. Most digital currencies
claim to be backed by precious metals such as
gold, silver, platinum, and palladium; however,
very few can independently prove such backing.
Several digital currencies claim to be backed by
specific national currencies. Metal-backed digital
currency accounts are allegedly valued based
on the backing commodity’s fluctuating “spot
price” at the time of funding or withdrawal;
digital gold currencies (DGCs) are by far the
most popular type. Metal does not physically
change hands in transactions; rather, the
transfer is an accounting entry in which only
the designation of ownership changes (similar
to a stockholder whose shares represent a portion
of a company’s holdings). According to
the Global Digital Currency Association
(GDCA), digital currency transactions
account for billions of dollars each year—
digital gold currency transactions alone
increased from approximately $3 billion in
2004 to approximately $10 billion in 2006.